Tolkien calls Sauron Morgoth's Greatest Servant - But does he ever really earn that with his actions?

Alright, so there is a great, incredibly well informed community here so let me ask a question that's been bothering me since I finished the Silmarillion. I'll lay out my reasoning for why it's a question as well, so bear with me.

Among [Melkor's] servants that have names the greatest was that spirit whom the Eldar called Sauron, or Gorthaur the Cruel.
-The Silmarillion, p.28

What exactly does Sauron do in the Silmarillion to earn this distinction? The Dragon Glaurung is far more of a terror to Morgoth's enemies than Sauron. He annihilates whole legions of First Era elves; more or less singlehandedly breaks the siege of Angband and uses his magic stare to mind control/soul crush pretty much anybody he wants to. Not only that but he exhibits significant cunning and is a successful leader of Morgoth's forces in his own right. How is this murder-addicted hyper-dragon not number one? When Morgoth needed to kill Elves dead he went to Glaurung, handing him command in the most critical battle in the war thus far. The result was a victory so one sided and absolute that in an instant the entire dynamic of Middle-earth shifted completely. 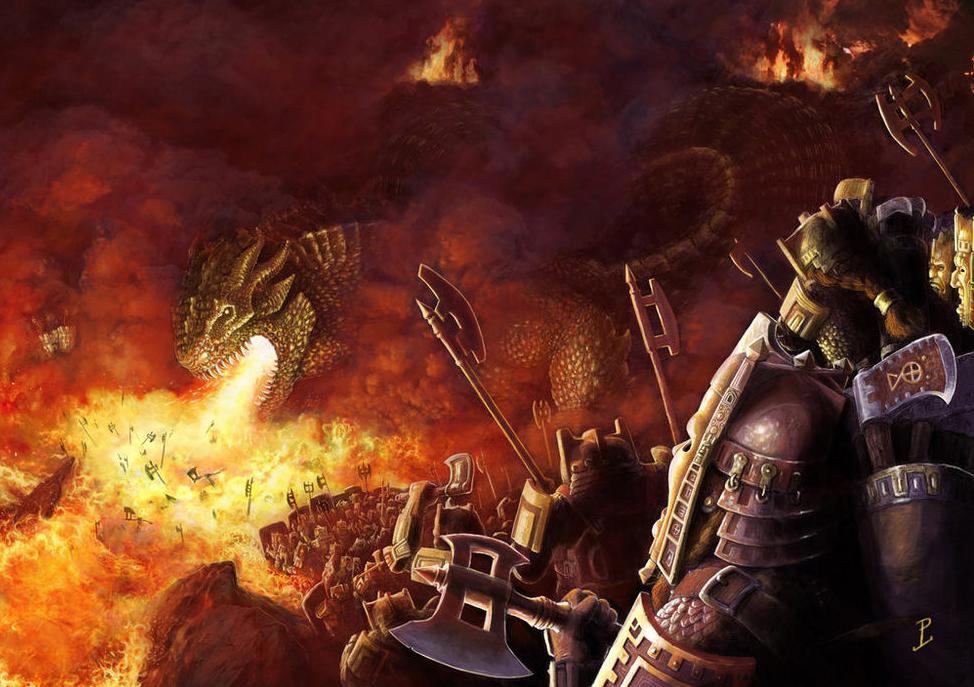 It's also a battle where Sauron is conspicuously absent (this is a recurring theme). Not exactly what you'd expect from Morgoth's 'greatest servant'. If he was really that useful you'd think he would have had some role in a battle Morgoth had been preparing for for over 400 years. 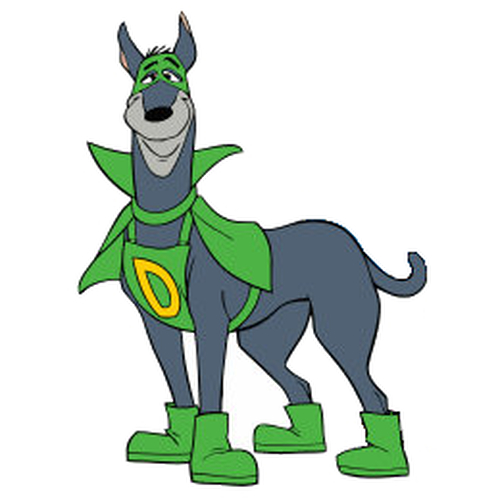 Seriously, all joking aside Sauron's first era resume is pretty bad. And let's not forget that everything past the First Age was more or less an afterthought; paling in comparison in terms of magic, power, epicness, etc.

I get that Sauron is the most 'dark-lord-like' and the heir apparent to Morgoth. The only answer I can think of is just that; Sauron is the only one who'd 'pick up the torch if Morgoth fell, whereas Glaurung would have probably just found a pile of gold under a mountain somewhere and been content. He needed direction and wouldn't be 'independently' menacing to Middle-earth in anything but a localized way (a la Smaug).

But Tolkien is talking about Sauron in the context of a servant, not based upon some hypothetical future-dark-lord skill set. I'm fairly sure the thought of being permanently defeated never entered Morgoth's mind and 'being able to take over for him' was never a looked-for qualification in subordinates. The only thing that makes Sauron special is that he seemed to be the only guy who was good enough at hiding/begging to survive Morgoth's fall.

Sauron's Dark Lord tenure wasn't exactly Hall of Fame caliber either. Nothing he ever did on his own was ultimately successful and each of his schemes backfired in some way. His plot to destroy Númenor cost him his body; and his attempt to buff himself with the One Ring ultimately led to his end as a force in Middle-earth.

So what am I missing or misinterpreting? Am I looking at this the wrong way?

TL;DR: Dragon Glaurung accomplished much more nefarious deeds than Sauron according to The Silmarillion. Doesn't make sense that Sauron is Morgoth's #2.

Similarly, other Middle-earth creatures may have been more powerful individually (Balrog, Dragons, etc) but Sauron worked by organization, corruption, deceit, and over long periods of time.

As @DarthSatan says, without leadership Balrogs, dragons, etc. just wander off and do their own thing. Yes they are powerful, but how much damage does a Balrog do deep in the mines of Moria? How much damage does Smaug do sleeping deep under the Lonely Mountain?

Sauron not only organized the armies of evil (including the lesser ones like the Easterlings, Uruk-Hai, etc. and the greater ones), he used his knowledge and power to corrupt his opposition (Saruman & the Palantír), and sap it of strength (Lord Denethor & the Palantír).

Even his magic items (without direction) were capable of corrupting and turning beings like Smeagol to evil and nearly turned Boromir too. Brief interaction with them posed severe tests of will to others like Faramir & Galadriel.

Although not covered in The Hobbit & The Lord of the Rings, Sauron also caused the fall of Númenor. At their heights, the men of Númenor by some measures were more powerful than the Elves. It was the Men of Númenor who created the walls and tower of Orthanc which, at the time of the Third Age, no power on Middle Earth had the ability to bring down - not even the Ents.

Sauron caused the fall of Númenor not through direct firepower but by persuasion, lies, deceit. He corrupted the men of Númenor and had them use their power against Valar.

Prompted by Sauron and fearing old age and death, Ar-Pharazôn built a great armada and set sail into the West to make war upon the Valar and seize the Undying Lands, and by so doing achieve immortality. Sauron remained behind. This force was quoted by Tolkien as the 'greatest force ever assembled on Arda'.

As described in the History of Númenor.

Sauron's greatness is similar to that of Gandalf's. Their's is not brute physical or magical power like that of the Queen chess piece, it is more like that of the chess master - moving the pieces around.

In all the deeds of Melkor the Morgoth upon Arda, in his vast works and in the deceits of his cunning, Sauron had a part, and was only less evil than his master in that for long he served another and not himself.

Sauron was therefore involved in everything that Morgoth did, even if not explicitly stated, but presumably with obvious exceptions (such as destroying the Trees).

Notably also, he evaded capture twice, which was twice more than Morgoth managed to do.

Since you invite challenges to your premise, I'm going to offer some.

How controlling is the context?

You make a lot of "But Tolkien is talking about Sauron in the context of a servant", and use the phrase "greatest servant" more than once. But the quote from the Silmarillion is

Among [Melkor's] servants that have names the greatest was that spirit whom the Eldar called Sauron, or Gorthaur the Cruel.

What does "greatest" mean?

In a work that's not shy about appearing antiquated, "greatest" could easily mean "biggest", but physically that doesn't seem to be the case.

However, it's still a fairly generic superlative. You seem to be taking it as the most effective or the most destructive, but it could be the most powerful, knowledgeable, cunning, brave, difficult to defeat, or even (if we do allow the context to control our interpretation to some extent) loyal.

Should it be taken literally anyway?

The Silmarillion is not intended as a work of science but of epic history. If you look at works in that genre as a whole, what's the ratio between absolute superlatives and qualified superlatives? If you're a couple of dozen pages into a book and you read "Among his servants that have names the third greatest was that spirit whom the Eldar called Sauron, or Gorthaur the Cruel" then surely your reaction will be "Don't tell me about the third greatest: tell me about the greatest!" Within the constraints of the genre, is there any other way in which Sauron could be introduced?

Things Sauron managed to pull off:

For sake of comparison, let's take a look at the man who is widely regarded as the most evil person of the last century - Adolf Hitler - and what he accomplished:

In this light, Sauron seems pretty accomplished and effective, don't you think?

In the same sense as Peter's answer - Tolkien often uses the word "greatest" to describe relational strength or power, something that I personally think Tolkien uses as a rather absolute and indiscriminate descriptor in the sense that relative power is always explicitly clear and rarely nuanced.

Seeing each personality as a unitary expression within a greater theme - the "magnitude" of a particular unit can always be described as being greater or lesser any other existing unit. We can see other examples in his descriptions of the Valar or the Istari.

In the The Two Towers III 8 it is said that Saruman was "accounted by many the chief of the Wizards," and at the Council of Elrond (The Fellowship of the Ring II 2) Gandalf explicitly stated this: "Saruman the White is the greatest of my order."

"But also to be remarked are the coming of the Istari to Middle-earth at different times; Círdan's perception that Gandalf was the greatest of them; Saruman's knowledge that Gandalf possessed the Red Ring..."

Anyhow I've always seen the explicit nature of unitary power structures throughout the books as very helpful in communicating the balance of things that is so thematically important to everything in the universe. With the theme that everything exists purely within a static set (all things coming from and ending in Iluvitar), calculated balance is key to the thematic tension and resolution at an abstract level just as much as it is to understanding the motivations of groups or individuals within the various histories.

Sauron was the greatest servant of Morgoth because he was faithful, skilled, subtle and powerful, in fact probably the most powerful of Maiar who were drawn to allegiance of Morgoth. While Gothmog Lord of Balrogs, or Glaurung, Father of Dragons, might have been good field generals leading armies and bringing destruction, Sauron was also more subtle and wiser, as additional texts from HoME say:

"While Morgoth still stood, Sauron did not seek his own supremacy, but worked and schemed for another, desiring the triumph of Melkor, whom in the beginning he had adored.He thus was often able to achieve things, first conceived by Melkor, which his master did not or could not complete in the furious haste of his malice."

"He still had the relics of positive purposes, that descended from the good of the nature in which he began: it had been his virtue (and therefore also the cause of his fall, and of his relapse) that he loved order and coordination, and disliked all confusion and wasteful friction. (It was the apparent will and power of Melkor to effect his designs quickly and masterfully that had first attracted Sauron to him.)"

Certainly the organizing talents of Sauron allowed him to raise high in Morgoth's favour enough so he was part of everything his master did:

"In all the deeds of Melkor the Morgoth upon Arda, in his vast works and in the deceits of his cunning, Sauron had a part."

It is even noted that Sauron was less evil than Morgoth because for long he served another and not himself, that he could acknowledge superiority of other being. Of course in later times he arose to the position in which he was lord.

Not the answer you're looking for? Browse other questions tagged the-lord-of-the-rings tolkiens-legendarium the-silmarillion sauron dragons or ask your own question.

70
During the war of the ring did Sauron or Saruman actually win any major battles?
10
What did Sauron do to become Melkor/Morgoth's chief lieutenant?

75
What is the true origin of the orcs?
1
What is the evidence for Sauron's love of Law and Order?
7
Did Morgoth/Sauron rule the lands already under their sway, and how?
10
Did Sauron miss Morgoth?
10
What did Sauron do to become Melkor/Morgoth's chief lieutenant?
4
Was Morgoth still a dominant power in Middle earth during the War of the Ring?
4
Why didn't Sauron do anything about the Eagles?
1
Was Sauron always evil?
10
Dragons on Middle-earth: How did they reproduce?
14
Did Sauron ever betray Morgoth?