Who is this person and what is he holding from the Avengers: Age of Ultron trailer #3?

In this trailer (Avengers: Age of Ultron trailer #3):

There is this shot: 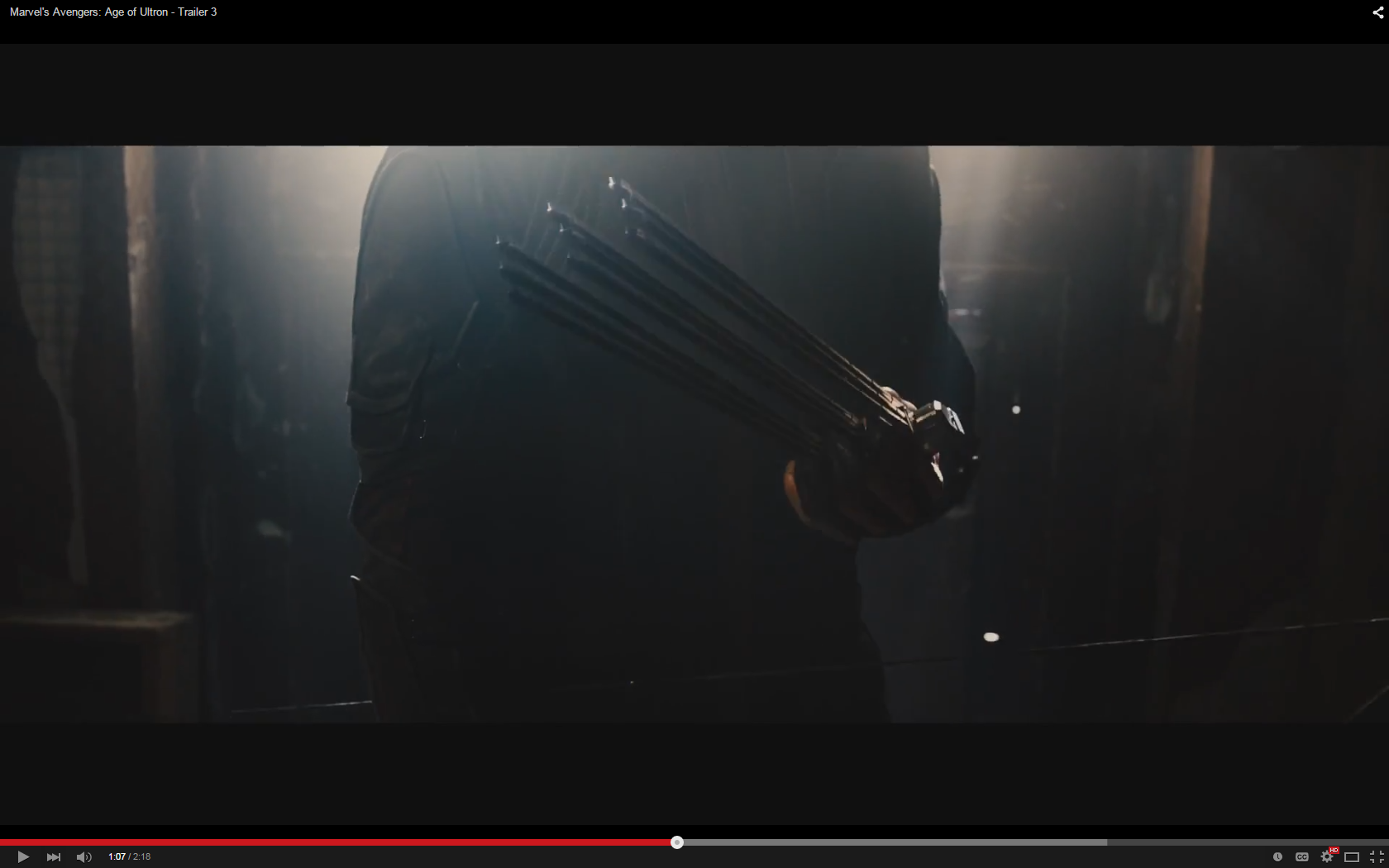 Who is this person and what is he holding?

The newly revealed, officially licensed Hot Toys figure confirms this to be Hawkeye and his new Speed Loaders.

We can see the claw-looking object in this shot of the figure. 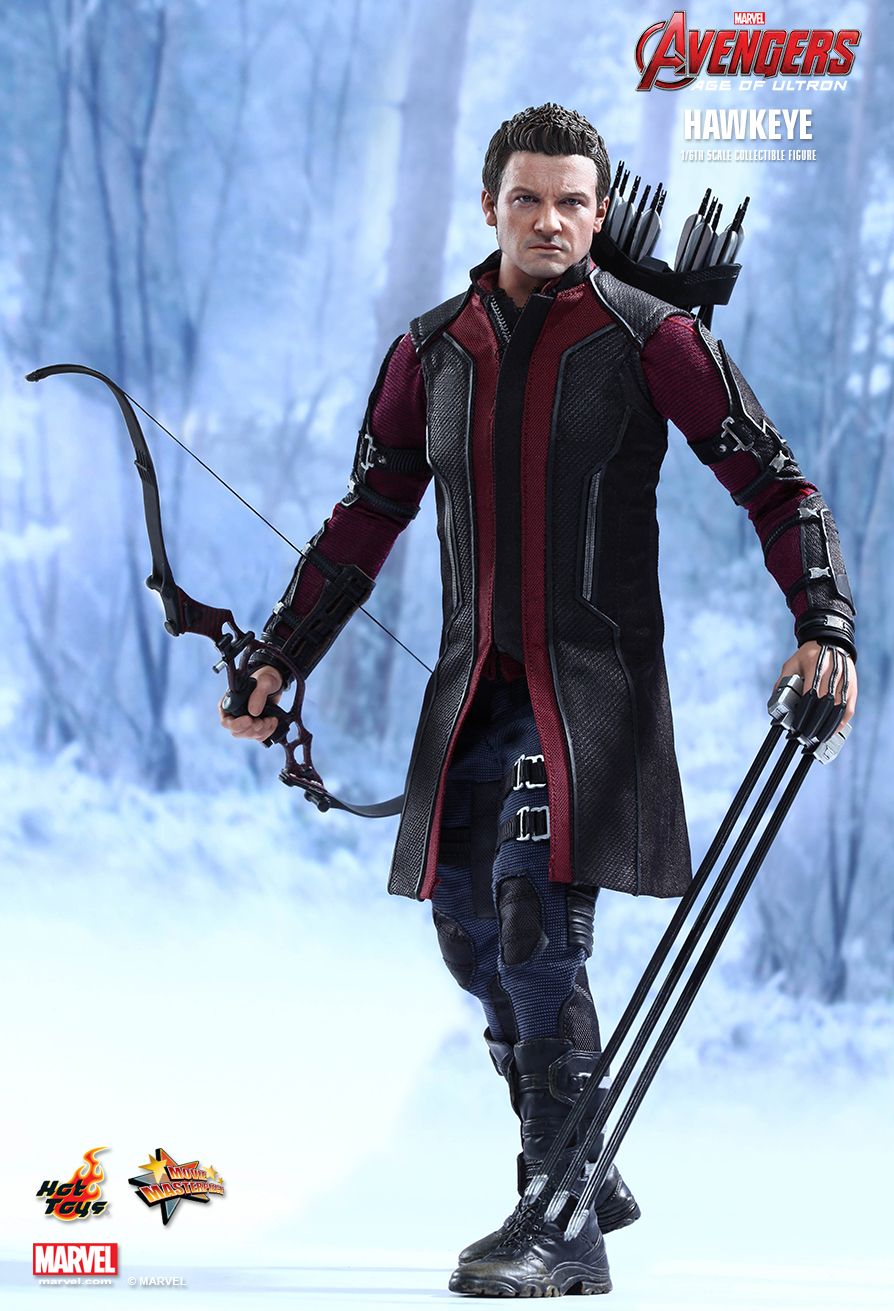 The description of the figure details what weapons and accessories the figure includes.

(The listing of the item under both Weapons and Accessories is a bit confusing, but it only appears that the figure includes one single speed loader.)

Note: Technically without a face in the trailer, we can't yet 100% confirm that it's Hawkeye holding it, but it's his equipment, and the way that this trailer is cut, heavily implies that it is him.

Additional Note: While the specific shot from the trailer seemed to have been omitted from the final cut of the movie, there was a very similar shot during one of the battles. The scene confirms that the object is Hawkeye's speed loaders.

We don't know yet. It is Hawkeye, and he is holding a device that loads several arrows at once.

Given the characters whom we know about, the most likely candidate is Ulysses Klaw - a villain considered to be one of the world's foremost experts on Vibranium. 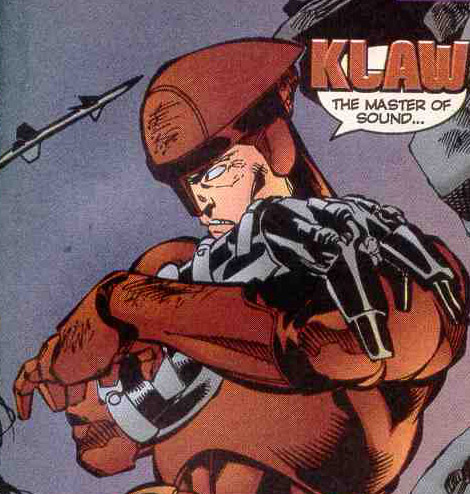 UPDATE: This scene was featured again in the latest TV spot, and I was able to do a frame-by-frame shot of it. The item in question definitely appears to be either a prosthetic (one that replaces only the fingers and leaves the thumb intact) OR some kind of hand-mounted weapon. As you can see below, the thumb is clearly visible just before the item expands. This further leads me to believe that the person in question is Ulysses Klaw.

UPDATE 2: I was wrong. Completely wrong. Having now seen the movie, I can confirm that the person/scene in question IS, indeed, Hawkeye. The contraption we see extend from his arm is in fact several (9?) arrows that get fired together (at the same time) in order to hit different individual targets. However, I'll leave the answer mostly intact for historical purposes.

Not the answer you're looking for? Browse other questions tagged marvel-cinematic-universe marvel avengers character-identification avengers-age-of-ultron or ask your own question.