I'm looking for a book that I read 10 years ago. But the book is of course way older. It contained 3 stories that have a common main character. I'll try to remember as many details as possible. The book was in German, but hopefully it was a translation and somebody here knows it.

The first story started with mining minerals on Pluto. Only two persons work on Pluto. Their job is to monitor the machines that are mining. One transport ship arrives with two men, which collects the minerals and take them to Earth (or Mars, which was inhabited, I think).

As it turns out, the ship with the minerals is on the way directly to the sun and they have to do some risky stuff to prevent this from happening. Not sure if they had success.

There's a cult that tries to emigrate to another planet. The planet is about 2000 (?) years away. So they build a gigantic ship with lots of nuclear power plants, fields for planting, and so on. A few thousand (?) people start on this mission. After they start, the Earth government calculates that such a mission is far too risky and tries to stop them. The main character and a second one fly after the ship in a little ship, and convince the cult leaders that they also want to join the mission. On board they try to persuade the people to turn around.

Humans are the only race in these stories. There are no aliens or such. Therefore there was quite a big excitement and fear on Earth when a unidentified spaceship turned up on radar. As it later turned out, it was a spaceship from Earth, but it was very old and didn't had the common identifying radio signals. The ship was lost on a mission to Neptune (?).

The rest is only very vague in my memory and I think I'm mixing it with a few other stories. I think there's one or more persons frozen on board and the main character has to go on board and he finds them.

The stories play in our universe a few hundred years in the future.

The main character has a girlfriend and even marries her. I think for one of the three missions he has to cancel their honeymoon.

There were a few supercomputers on Earth. The main characters used them a few times to compute different stuff, for instance to compute the routes for the spaceships. During the second story he asked the computer to tell him everything important about the cult in 10 minutes and the computer prepared a 10-minute documentation film for him.

I found the book. As it turns out it's written by Robert Brenner, a physicist from Austria, and there is no english version / translation of the book. 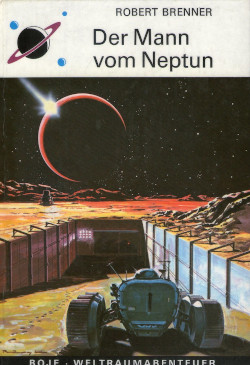 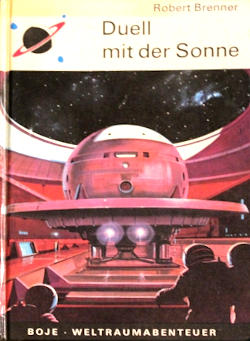 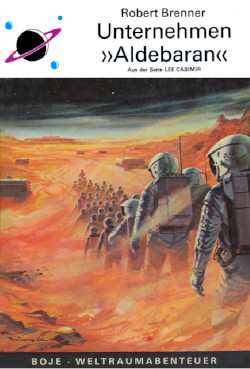 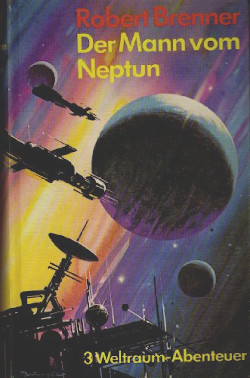 18
Short story about generation ship leaving from Pluto
6
Seeking a childrens' SF book with an evil cult leader called "the Dolmen"
16
Looking for a short story about mining robots being assimilated
9
Book involviing "the sword with the silver pommel" and a kiss to open the mind's eye
18
80s era sci-fi book on time travel; college man gets to the future where telepaths are a growing minority, plants iron berries and gets rich
10
1980s (or earlier) book where people live a long time but they have short memories
3
Book series about a kid's journey to the center of the Earth where he finds the Earth is an alien ship or something