Bits I remember about this SF movie which probably originated in late 50s / early 60s:

That's about all I remember.

This Island Earth is the movie you seek. You have given an excellent plot summation.

Here's a still showing the aircraft in the saucer's interior. 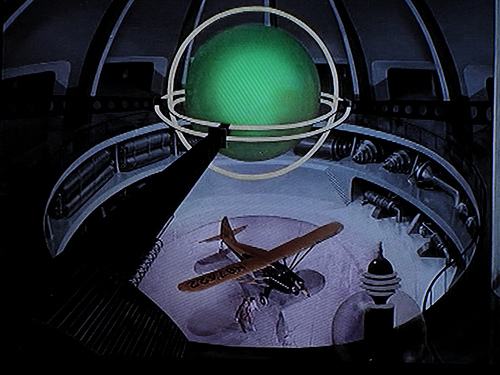 And you can view the whole film online here

Not the answer you're looking for? Browse other questions tagged story-identification movie warfare alien-abduction or ask your own question.