Where did the idea of "rocket tubes" come from?

I can't remember where I first came across it, but I know that I read at least one old SF story as a child which referred to "rocket tubes". I'm not asking for story identification. I know there were many stories that used the concept. I can tell this even without reading many such stories, because 1930s-50s SF pulp cover art (among other things) frequently depicts spaceships with clusters of tubular engines. Example of them being explicitly "tubes".

This doesn't match the real appearance of rocket nozzles. Where did this concept come from?

From a design perspective, a single larger engine is more efficient (better thrust to weight) but for a quick and dirty build, it's easier to just take a smaller existing engine off the shelf and cluster them to get the desired thrust / performance. 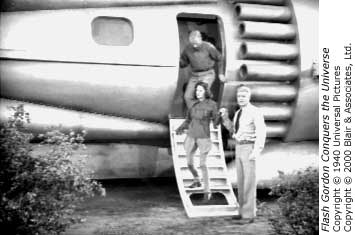 This reference, History of Rocketry, indicates clusters of rockets were used as early as 1928. In time for depicting in early movies (e.g. Flash Gordon).

German automobile manufacturer Fritz von Opel tested his Opel-Rak I, the first rocket-powered automobile, in 1928. Opel-Rak I was an experimental modified racing car powered by a battery of Sander solid-propellant rockets used for life-line rescues at sea.

However, clustered rocket engines frequently look nothing like the tube clusters shown in early movies. So the rocket tubes depicted may have just been an artistic preference having no relation to real engine designs. 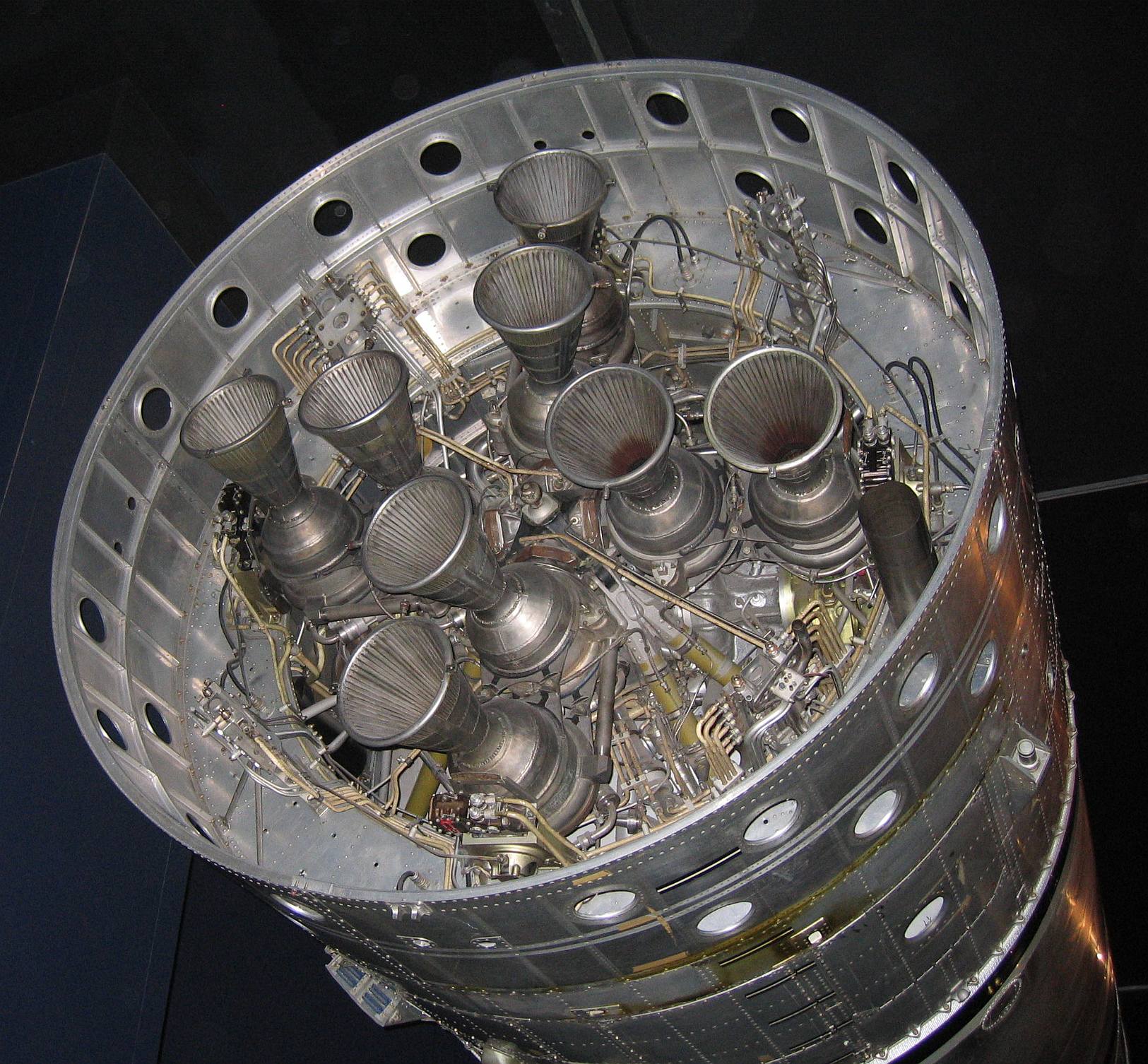 All rockets have nozzles but in the case of the rocket-tubes, these nozzles are internal. This design is still used for many types of model solid fuel rocket engines. However, in the case of most modern nozzles, they are external because they are also used for directing the rocket and therefore they must be orientable.

In the case of your example with the "Comet" from the Captain Futur novels, this vessel has lateral rocket tubes for directing the appareil and therefore doesn't need to have external orientable nozzles.

Here's a fairly early example from "The Sargasso of Space" by Edmond Hamilton, originally published in Astounding Stories, September 1931, available as a Project Gutenberg etext:

"We left Jupiter with full tanks, more than enough fuel to take us to Neptune. But the leaks in the starboard tanks lost us half our supply, and we had used the other half before discovering that. Since the ship's rocket-tubes cannot operate without fuel, we are simply drifting. We would drift on to Neptune if the attraction of Uranus were not pulling us to the right. That attraction alters our course so that in three ship-days we shall drift into the dead-area."

Their ship floated at the wreck-pack's edge. Directly to its right floated a sleek, shining Uranus-Jupiter passenger-ship whose bows had been smashed in by a meteor. On their left bobbed an unmarked freighter of the old type with projecting rocket-tubes, apparently intact. Beyond them in the wreck-pack lay another Uranus craft, a freighter, and, beyond it, stretched the countless other wrecks.