I have been looking through some pictures and I started to notice that in some pictures of the battles, some leaders won't be wearing any type of helmet. Is there any lore to this or do I have to think outside the universe and remember it's a game company and leaders should have some personality..

In the game parlance, it was designated that many of the "leader" figures were seen without helmets, giving them "personality" and making them easier to distinguish on the battlefield with hundreds of other miniatures. 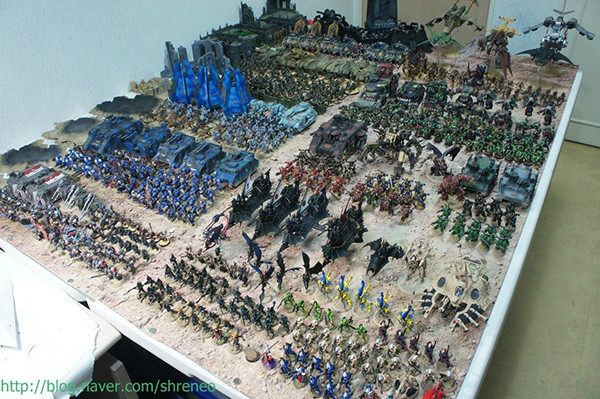 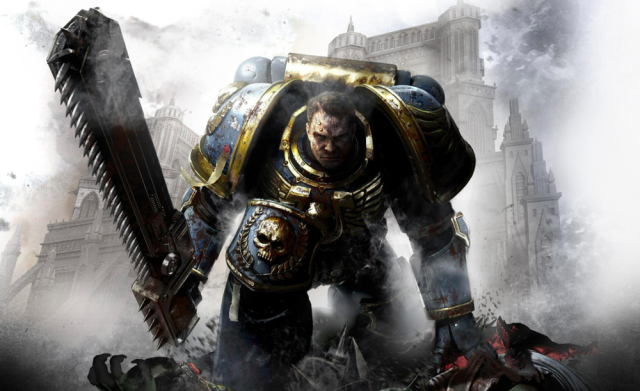 A helmet, even advanced helmet such as that of space marines, can restrict your ability to see and hear clearly. Additionally, many leaders use Iron Halo or similar forcefields, reducing the need for helmets

Space Marines don't think like we do, not at all. They are not Soldiers as we would think of them, they are religious zealots. Fanatical devotees of the church genetically and surgically altered over millenia to become the ultimate killing machine in the name of the Emperor.

The empire is hierarchical, so the Captain is, to his marines at least, literally an extension of the Emperors will. Are you saying a helmet is more powerful than the will of the Emperor? No, it is not. The marines themselves are faceless. They represent the impersonal fist of the Emperor, they wear their chapter colours proudly and march into battle carrying enormous banners. They are not there just to win, they are there to impose religious order on any world they inhabit.

The Captain is more than just a soldier. He is a figurehead, a conduit to the emperor, a leader, a fearless warrior. The troops must see his rage and disgust at the filth which defiles the name of the Emperor.

What happens if he gets shot in the face? Well, a Space Marine is hard to kill, but maybe they get lucky and take him down. What is left of his brain is built into a Dreadnought, a holy walking tank, more deadly than ever. In death he can serve even better than in life.

Most Chapters hand down the armor to successive generations. Officer armor tends to have more detail.

So one explanation can be that the knowledge to fix the artificer armor helmets has been lost.

Helmets are destroyed and never remade. That would "offend" the spirit of the original suit.

Some Chapters like Space Wolves actually prefer their own senses to the automated features of the helmet.

EDIT: Wanted to put this in a comment but it was too large so Daft here is it.

The answer is not explained nor will it ever be in canon. Plausible answer is some dont want to wear it (Like Space Wolves). The Space Wolves novels and novellas are filled to the brim with individual marines explaining the superiority of their own helix over the autosenses of the helmet. And speaking strictly from the Mechanicus perspective. Adding something new to a machine spirit is frowned upon as the "machine spirit" doesnt like it. So in case of somebodys helmet beeing completly destroyed they cant have another built. Lastly seeing as all the ornamental armor is hand-me-down the leader figures wont have helmets. (WHY you ask?)

What is the easiest way to kill an enemy officer? A high enough caliber to the head. What happens when you use a f.ex. a meltagun on somebodys head? the head and helmet gets blown off and that particular marine is dead.

So Daft, My answer is 2 fold. Some dont want it, some cant use it.