How is Spider-Man's identity a mystery when Peter is seen performing unusual feats?

So in both first part movie of the Spider-Man series (includes 2002 Sam Raimi series and 2012 Marc Webb series) there always exists a moment when Peter Parker unintentionally tries his strength over other publicly. 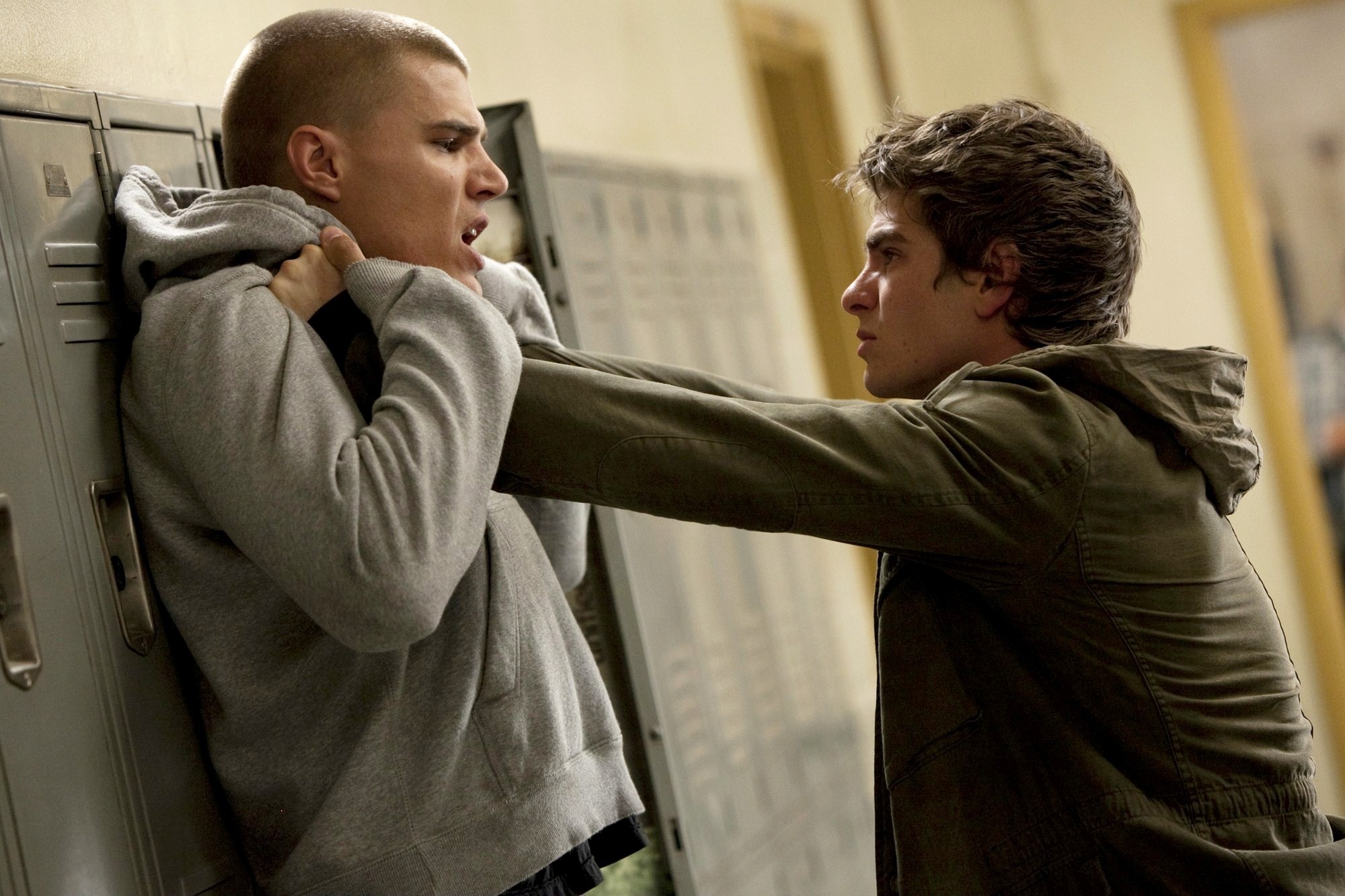 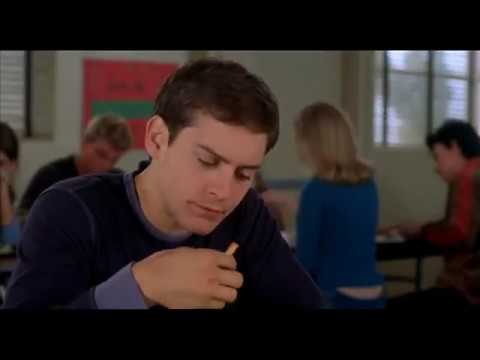 Peter's first encounter after mutation in 2002 series (my favorite one)

So since every time he used to be a central character in this kind of "show-off" fights (and thus popular also). All this seems to be very awkward and surprising to public since he is the weak Peter Parker who is beating a hunk like Flash Thompson. Peter jumps, dodge, punch, kicks, observes a strange string coming out of his hands (in 2002 series - after moving out from lunch canteen) and even sticks to the ceiling (in 2012 series - in a fight inside the metro). And suddenly after few days/weeks there suddenly arrives a superhero with same abilities that the public witnessed. Ahh!

Well kicking and jumping could, however, seem to be satisfactory to fellow students but throwing web! and sticking to the ceiling is far away from the human behaviour. Isn't it?

It's just a simple deduction. I mean anyone who witnessed that fight could guess that it's the Peter Parker who flung around in the city inside that full-sized mask. So why they are really not understanding that?

I haven't seen any of the Amazing Spider-Man movie series, so I can't comment on that.

That said, as someone who was bullied in school, and based on the movies and comics, I feel that I can answer your question.

Someone who is routinely targetted for bullying becomes just that: a target. People begin to disregard them. People who have seen Flash shove Parker into a locker hundreds of times aren't going to notice when something goes a little differently. At most, they'll think Flash screwed up. Yes, what Parker did was amazing. Yes, it was out of character and unusual. That said, it goes against everything they know about Parker. When he then returns to acting like normal, they forget about what happened, for the most part.

Most people don't stop to re-evaluate their mental models of others until those models are proven inaccurate. A single outlier in the data, one instance where Parker backflipped over Flash, is discounted in favor of the hundreds of times when Flash resoundingly won.

In Ultimate Comics, Kong (a fellow student in Parker's class, and Flash's friend) puts it together. He tries very hard to convince other students of this, but he ultimately fails. Parker has gone back to acting normal, getting shoved into lockers, getting kicked, etc and taking it (instead of dodging or blocking). Everyone else in the school discounts the one time Parker did something cool (in that case, caught Flash's fist after dodging him).

It's a common trope in superhero stories. Superheroes almost always keep their true identity a secret from the public at large, and people - even the ones closest to them - often overlook rather obvious clues that would reveal that identity. As far as I know, the first superhero movie to realistically address this is Man of Steel (2013), in which both Pete Ross and Lois Lane are able to deduce Superman's real identity based on such an event from his past.

That said, the two Peter Parker fights you mention could be explained away as a one-off event. It's not uncommon for kids - especially those in junior high & high school - to suddenly grow tired of a bully's behavior and go ballistic on him/her and show an unexpected fury or ability to fight.

Obviously, the webbing incident in Spider-Man (2002) would be harder to explain, but there's no evidence that anyone got a close look at what was happening. If anything, the other kids would assume it was some kind of prank played on Peter by other kids. After all, they only looked at Peter once his tray clanged to the floor, then saw him run out with the tray stuck to him by some kind of glue-like substance. Most probably thought it was hilarious.