In current media the personification of Death is often shown as a fairly pleasant and sympathetic character, as in the Sandman graphic novels and some of the original Twilight Zone episodes. How far back does this characterization go? 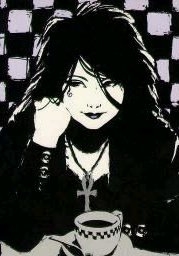 Partly inspired by this question.

When the boy comes of age, Death appears to him and leads him into the woods, where special herbs grow. There, the boy is promised that Death will make him a famous physician. It is explained that, whenever the boy visits an ill person, Death will appear next to the sick person. If Death stands at the persons head, that person is to be given the special herb found in the forest, and cured. But, if Death appears at the persons feet, any treatment on them would be useless as they would soon die.

The boy soon becomes famous, just as Death has foreseen and receives plenty of gold for his amazing ability to see whether a person would live or die. Soon, the King of all the lands becomes ill and sends for the famous physician.

When the physician goes to see the King, he notices immediately that Death is standing at the foot of the bed. The physician feels pity for the king, and decides to trick Death. The physician then turns the King in his bed so that Death stands over the head. He then gives the King the herb to eat. This heals the King and speeds his recovery.

Soon after, Death approaches the physician, expressing his anger for tricking him and disobeying Death's rules. But because the physician is Death's godchild, he does not punish him. Death then warns the physician that if he was to ever trick Death again, he will take the physician's life. [. . .]

A modern (1953) retelling, "The Third Guest" by B. Traven (author of The Treasure of the Sierra Madre), was the subject of this story-identification question.

Not the answer you're looking for? Browse other questions tagged history-of character-development or ask your own question.

7
What is the origin of the concept of “reaping” souls?
7
Story about a woodman who shares a turkey with Death and is then able to cure the sick