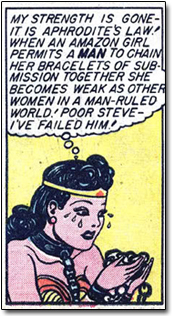 23
What are the Justice League members’ weaknesses?