Who are these characters at the end of Deathly Hallows, Part 2?

In the process of answering this question, I came across the following screenshot of several children on the Hogwarts Express, during the "Epilogue" scene of Deathly Hallows, Part 2: 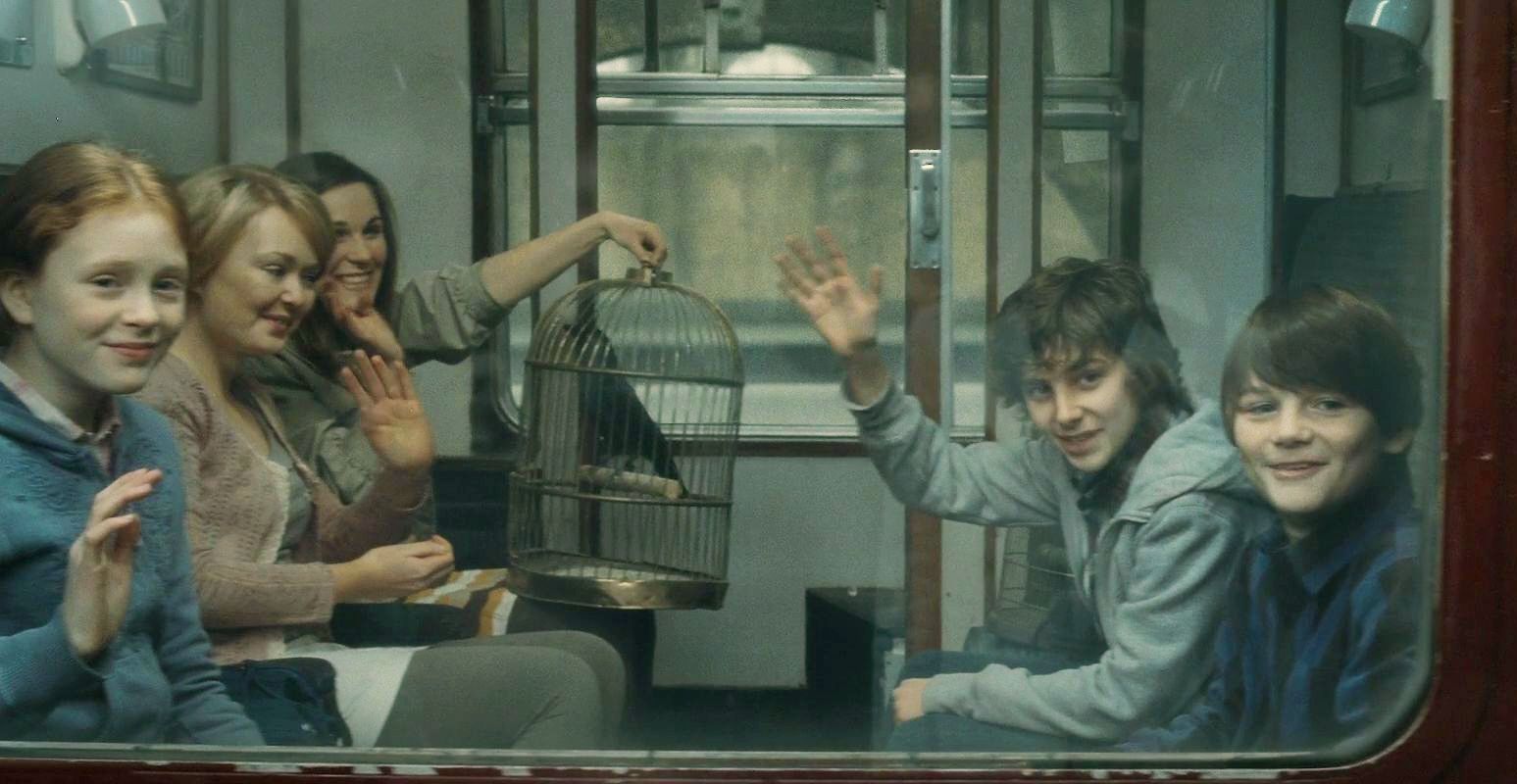 With the caveat that I haven't actually seen the movie, I can identify three of these five characters based on intensive research trawling the infamous wikia:

The two boys on the right are clearly James and Albus Potter, Harry and Ginny's two oldest kids: 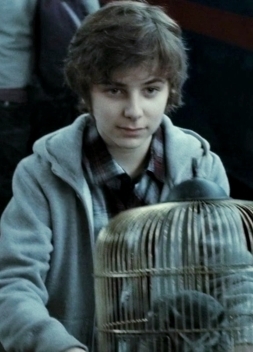 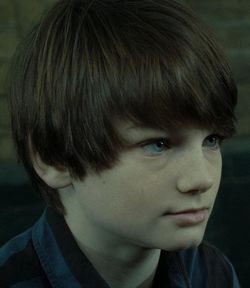 And the nearest girl on the left is clearly Rose Weasley, Hermione and Ron's oldest: 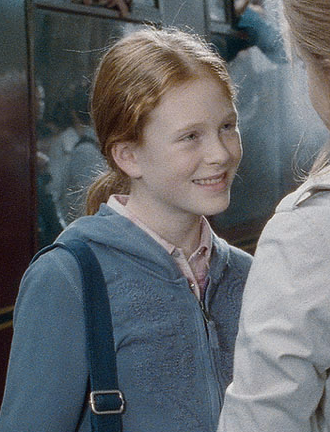 Obviously this scene is (mostly) a movie invention; the relevant passage from the book only says:

Albus jumped into the carriage and Ginny closed the door behind him. Students were hanging from the windows nearest them. A great number of faces, both on the train and off, seemed to be turned toward Harry.

Albus, Rose, Hugo, and Lily laughed. The train began to more, and Harry walked alongside it, watching his son's thin face, already ablaze with excitement. Harry kept smiling and waving, even though it was like a little bereavement, watching his son glide away from him...

So my question is, who are the other two girls?

It occurs to me that one of them (maybe the black-haired one in the back?) is possibly Bill and Fleur's daughter Victoire, but IMDB doesn't credit her, or any other named characters, and I can't think of any other identified second-generation children who would make sense here.

Is there any official identity given to these characters, or are there other children I've forgotten who could be appearing uncredited?

I'd prefer a statement from either Rowling or the film's writer/director/producers, but anything that identifies these characters (or the actresses, for that matter) is acceptable. Unless it's fanfiction.

I believe they are just some other students.

I can´t remember anything referencing to them in the books, so their only purpose was to smile and wave in this Scene.

Not the answer you're looking for? Browse other questions tagged harry-potter movie character-identification or ask your own question.

10
Who was the third kid with Harry's and Ginny's kids?

48
Did Draco Malfoy Demonstrate Any Level of Redemption By the End of the HP Series?
26
In what year does the epilogue of Deathly Hallows happen?
13
What was Harry’s choice at the end of Deathly Hallows?
14
Why did they change the London street from Deathly Hallows book to film?
5
Why wasn't Snape sorted into Gryffindor?
8
When is The Cursed Child set
12
What are the relative ages of the next-generation Weasleys?
5
Has JKR killed off any characters outside of book/movie canon?
5
What did Lupin want Harry to use against Stan Shunpike in Deathly Hallows?