Dystopian story where medicine is illegal

Set in the future, when all medicine is illegal, but technology has advanced to star-trek levels - most people live in free government provided acconmodations, and eat free food from public replicators, although it is only free as long as they agree to not have children.

A kid finds a crashed ambulance containing a laptop with a medical library and AI diagnostic software, so he starts teaching himself medicine, and then runs around curing people. Literally runs, in a few scenes. His interest in ill people is noticed, and he gets recruited to some sort of government team, whose purpose is to bring people comfort as they are dying and incidentally enforce the ban on medicine.

Eventually I think it ends badly - I vaguely remember him being executed at the end, although I might be mixing that up with another story.

There is an additional sub-plot about another kid whose parents were martian diplomats, who came to earth to negotiate something, but were killed in an "accident". He's trying to save enough money to pay for a flight back to mars. I remember a scene, of him selling some rare martian things at the side of the road, which is where the protagonist found him.

I also sort of remember the book having a green/blue cover, and the title "dark wings", but that is probably totally off as I've tried googling for variations on the name, and nothing came up, so it's probably called something completely different.

Any idea what book this was? 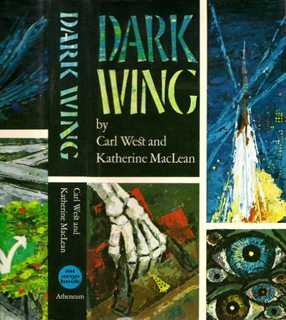 Taken from a GoodReads review:

...the real underlying (and somewhat dubious, but go with it) premise for this world is that doctors are now illegal. The generally held philosophy is that people get sick because they subconsciously don't want to stay in the world; this gets extended even to accidents. It's all mentally based, and if you resort to medicine or surgery or some artificial means of restoring your health, instead of doing it through your own willpower, you're sneered upon. If you help someone else, you've just committed a crime.

Travis knows all this, but when he stumbles across an ancient, abandoned ambulance, he can't resist inhaling all the forbidden knowledge it contains. Soon he's unwittingly diagnosing people from visible symptoms, and this naturally leads into doctoring them -- because some people secretly are willing to pay for illegal help. Add in his friendship with an off-world boy who has run afoul of corporate machinations to take advantage of his ambassador parents' deaths, and Travis finds himself in heaps of trouble.

22
name and author of story about man who escapes by uncontrolled jump into hyperspace
11
Young adult book, read in the 1990s, about a young boy who is inherently lucky who breaks a testing unit
7
Trilogy where people went to another world via portals and had gems embedded in them
2
Film About a city surrounded by a wall, healthy people on the inside and infected on the outside
19
Human doctor cannot travel to help his Martian friend
7
Story about old video game console, a yard sale, and giant robotic cockroaches?
11
Book series where women gain superpowers based on menopause symptoms due to Chinese medicine