Is it possible that Darth Sion was actually Lucien Draay?

As it said in the title, is it possible that Darth Sion (Lord of Pain) is actually Lucien Draay even though that is not said in wiki. It says that Sion fought on Exar Kun's side during the Great Sith war and so on, but there is one scene in Knights of the Old Republic comic where Draay is shown on some random moon where is says that he will embrace his destiny as Lord of Pain, and that is the last scene with him. 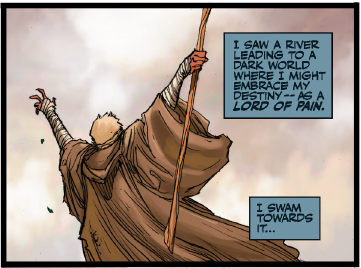 I havent finished with reading, but that just crossed my mind, because the timeline could fit, also Draay could have joined Revan during Mandalorian wars and beyond.

John Jackson Miller, writer of the Knights of the Old Republic comic books, confirmed this on his website:

Lucien [in issue 35] tells us what he thinks about being forced into a role created for someone else. The galaxy may get its Darth Sion, but not from him.

The panel in the question is also somewhat misleading, because that's not the end of Lucien's internal monologue; he continues for a little while, and two things are clear when you read the whole thing:

Transcription of the relevant bits from the pages below:

Haazen got what he wanted. I saw into the Dark Side. I drowned in fire, and while holding the Kressh Gauntlet spared my body - mostly - nothing could protect my soul. Betrayal and fury suffocated me - and sustained me. I saw a river leading to a dark world where I might embrace my destiny - as a Lord of Pain. I swam towards it...

But then I thought of my father. I barely knew him, but I knew he never accepted any role others had in mind for him.

If we cannot change what others will do in the future - we can choose what we do. We can choose a different role. We cannot avert the prophesied doom - but we can survive it.

And we will survive. We may be few, but the Jedi will go on after the tribulations to come. I know this because I am the son of Krynda and Barrison Draay - and at last, I can see my future. 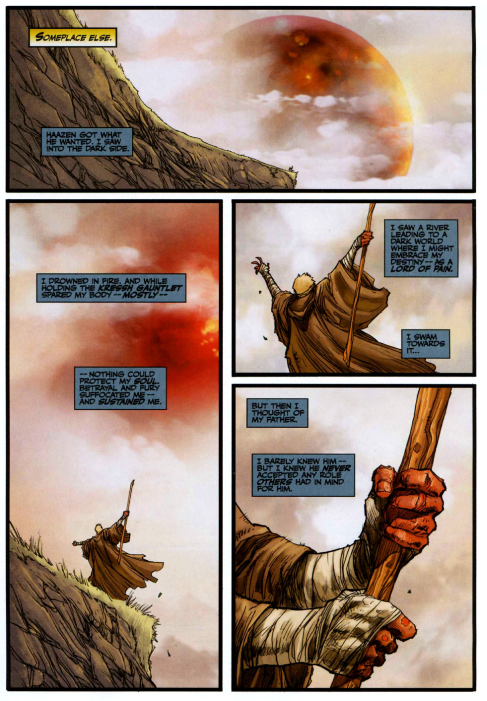 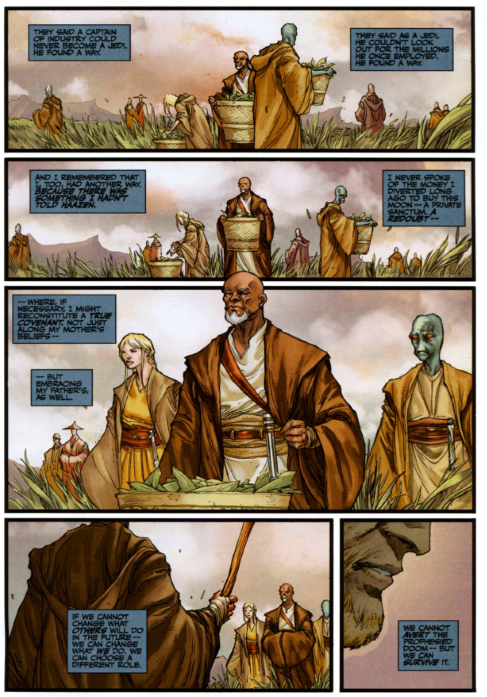 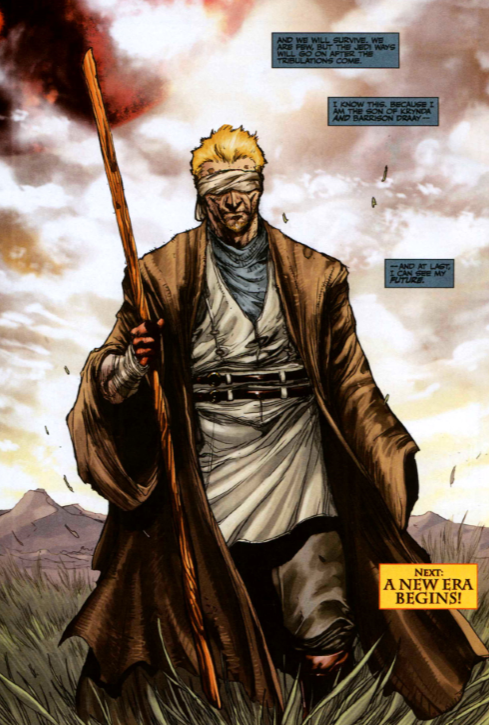 Maybe Lucien goes back in time during the Exar Kun War and joins the Dark Lord. Self-fulfilling paradox.

147
Was Darth Vader REALLY a Sith?
21
Did Darth Sidious know that Anakin was supposed to be the Chosen One?
26
Why did nobody know about the Sith Empire?
8
Is it possible that Qui-Gon let Darth Maul kill him?
20
How do we know that Darth Plagueis was Sidious' master?
50
After Darth Vader was killed, did Luke tell anyone that he was his father?
9
What led Qui-Gon to conclude that Darth Maul was a Sith?
8
Why would the Jedi not go public with their knowledge of the Sith, especially Count Dooku?
27
When does Luke find out that that guy in black with a lightsaber is Darth Vader?