Details: I am positive it does appear in Japanese folklore, it is some type of spider demon that feeds on human beings, and it could either be a centaur type creature with a woman's torso or straight up take on the entire appearance of a woman to seduce victims.

This yokai is typically depicted as being a seductive female who lures men close before revealing its spider-like body and eating its victim.

The Jorogumo is a mythical creature from Japanese folklore whose name translates as ‘prostitute spider’. The name is now used to denote particular species of spider known as the Nephila clavata.

The legend of the Jorogumo comes from the Erdo period and era ruled by shoguns that lasted from 1603 to 1868. When a spider lives for 400 years it gains the ability to grow to the size of a cow and can shape-shift into an attractive young lady. One typical trick it would play to catch a meal would be to transform into an empty inn, house or shrine. Part of it would become an attractive young lady playing on a Biwa and singing beautifully to attract its victim. Some would lure the person in to eat cake and drink sake. She would then get close to her victim and cover his feet in deadly silk from which there was no escape. She like most spiders would then devour him at her own leisure. Jorogumos are said to reside near waterfalls and lakes.

It features in a number of myths and stories. For example,

In one story a lumberjack stumble upon an attractive lady by a woman at a waterfall. There is an instant connection and the logger visits her everyday. However he starts to grow weaker and weaker as his energies are drained by the Jorogumo. A Buddhist monk suspects that the lumberjack has been ensnared by a seductive Jorogumo. He then advises that they should both travel together to the waterfall. They do and the Buddhist monk starts to read from the Sutra scriptures. As he does so, spider threads start to appear in an attempt to grab and suck the logger into the waterfall. However the Buddhists monk’s chanting causes the webs to disappear. The lumberjack is saved but his fascination with the woman is too strong. He later consults a Tengu, a high status Yokai creature and asks if he can continue his relationship with the Jorogumo. The Tengu refuses and so the depressed lumberjack goes back to the waterfall and unable to live without his love he jumps in the lake never to be seen again. 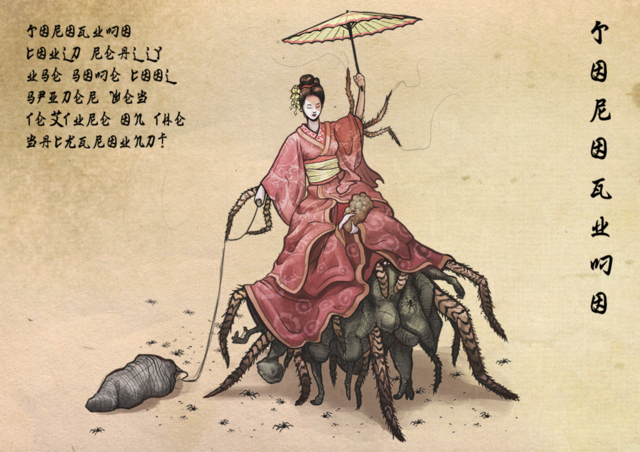 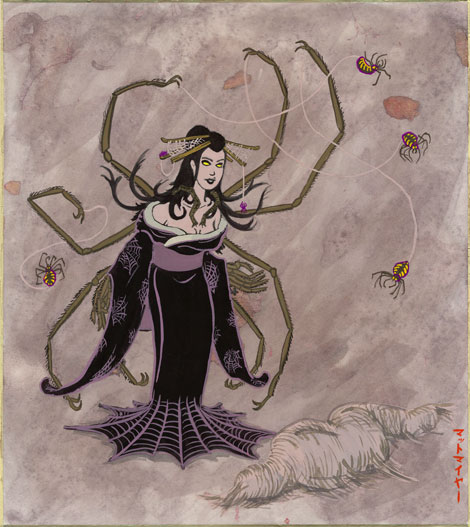 Another option, aside from the Jorogumo, is that you are thinking of of Tsuchigumo, a clan of demons which had the face of an oni, the body of a tiger, and the arms and legs of a spider: 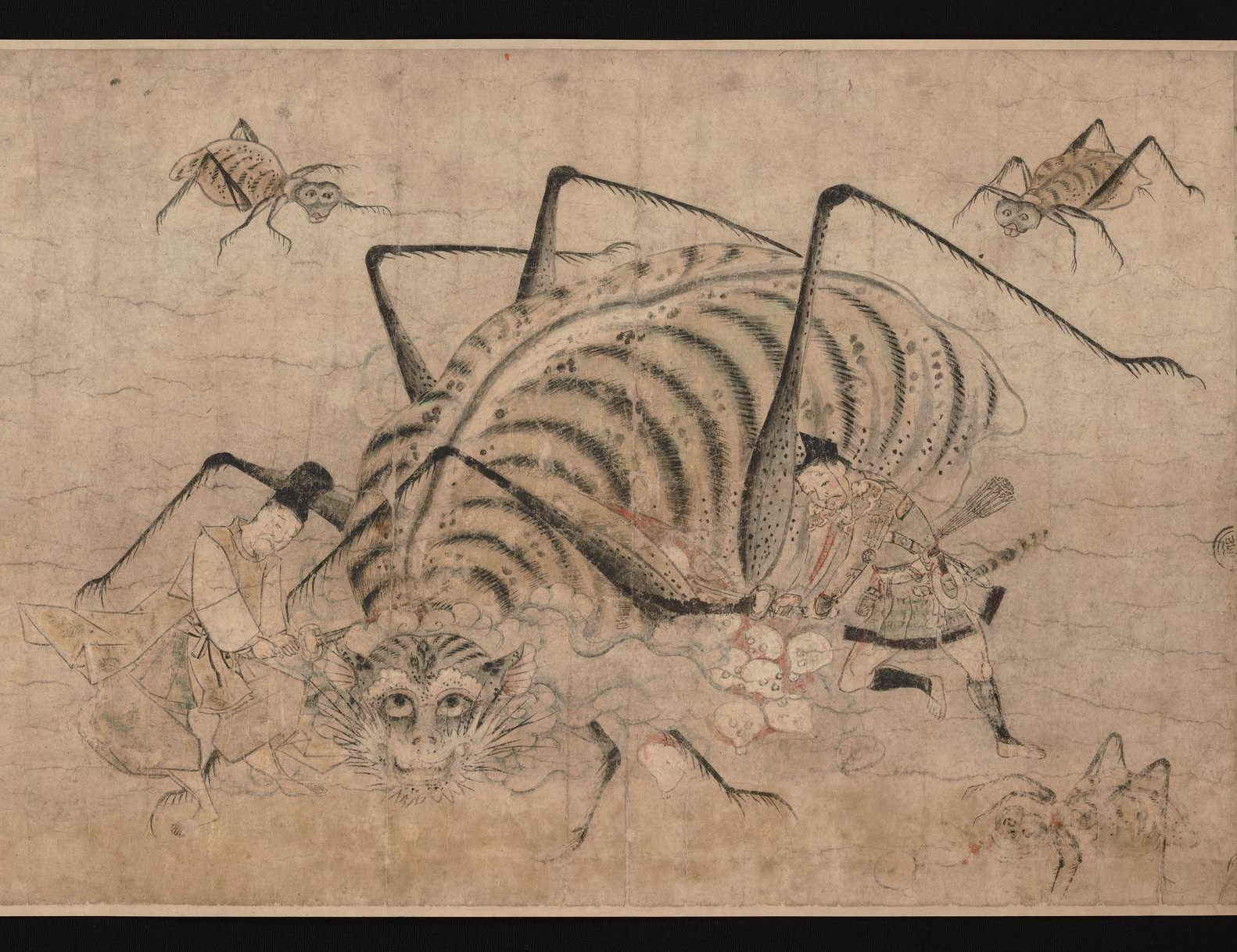 Not the answer you're looking for? Browse other questions tagged character-identification mythology folklore or ask your own question.

3
Who was this (possibly DC Comics) female character that was a daughter of Satan, or some demon
12
What was the origin of the idea that dragons can take human form?