Why don't the Jedi use tutaminis instead of using their lightsabers?

Tutaminis (force energy absorption) allows a Jedi to catch blaster bolts and even stop lightsabers with their body using the Force:

Why don't the Jedi just use tutaminis to defend themselves instead of worrying about lightsaber combat?

Tutaminis is a difficult skill to master. As Wookieepedia notes:

it was a rare feat to be capable of dissipating concentrated energy such as what makes up a blasterbolt or lightsaber blade.

If tutaminis was easy to master, no Jedi or Sith would ever die by lightsaber blade or blaster bolt. Of all the thousands of Jedi in the galaxy, Wookieepedia only lists a few dozen practitioners in all of galactic history known to have used it.

On the other hand, a lightsaber is relatively easy to wield. Push a button to turn it on, and you can easily block a lightsaber blade or blaster bolt with a little use of the Force to predict where it would hit you. A lightsaber is small and easy to carry, too.

They do use it. Tutaminis can take many forms. According to Wookieepedia,

Tutaminis was an umbrella title used by the Jedi Order to classify Force abilities related to energy absorption. Designated as one in a family of Control abilities, tutaminis techniques were taught to Jedi Initiates within the Jedi academy throughout the history of the Order.

One such instance, in Episode II: 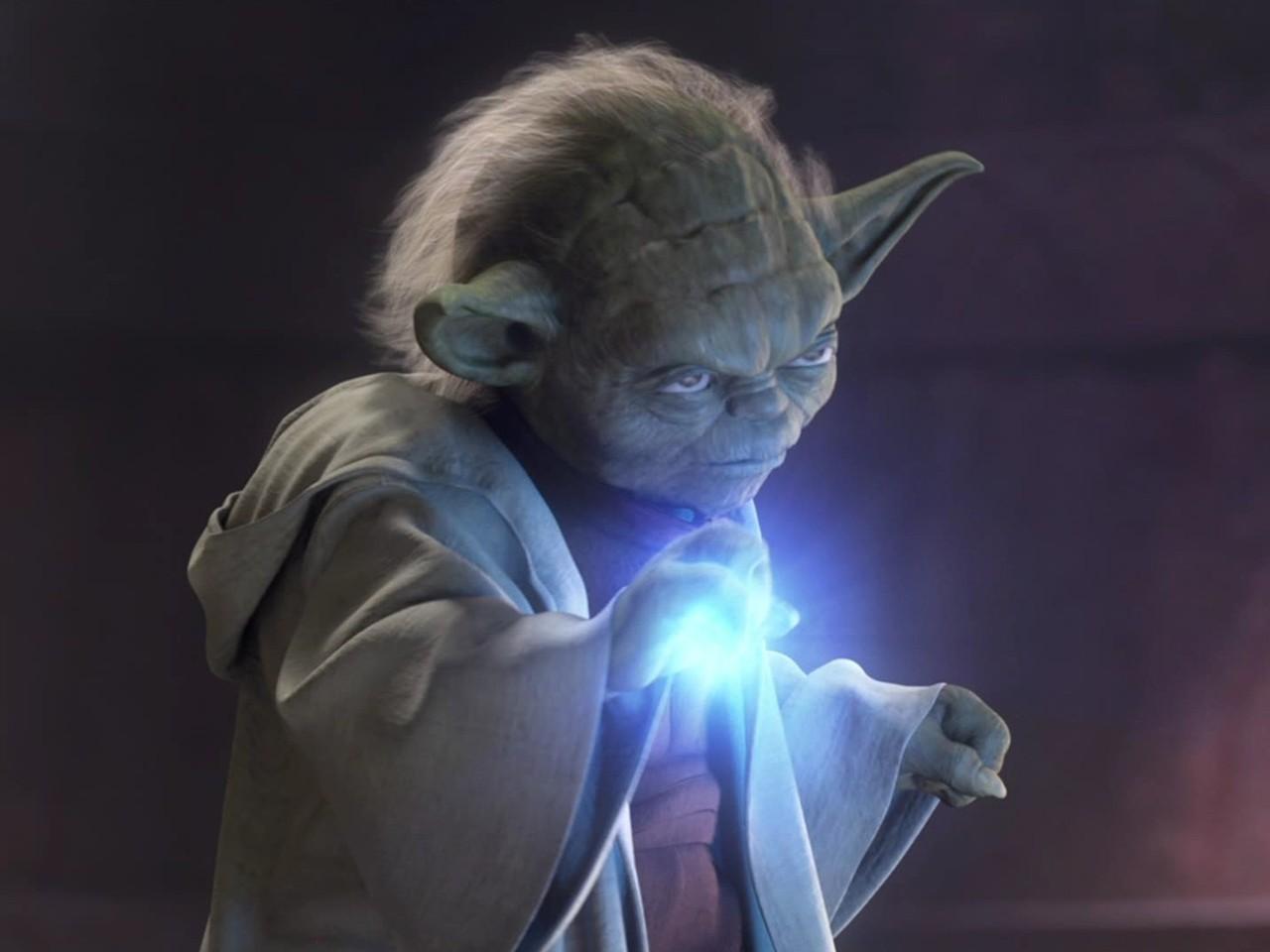 If only Yoda had thought to teach Luke that...

Actually, perhaps he did.

Luke Skywalker, when Palpatine attempted to torture him with Force lightning, attempted to utilize this ability in a feeble attempt at defending himself.

Being able to do that with blaster bolts or lightsabers is very rare.

Nejaa Halcyon's abilities in this power were such that he was able to catch lightsaber blades with his hand, an extremely rare talent

Even then, note that Nejaa could only absorb them with his hand, not, for example, with his torso or neck. While undoubtedly a useful skill, I doubt it's any easier to block a lightsaber with your hand than with a lightsaber in your hand.

That doesn't mean they won't ever die due to arrows, or even that they would be very good in combat.

It takes a great deal of concentration and energy. In a combat situtation, they will likely do well to also have a real offensive/defensive weapon.

In the novels, the the earliest published example of this ability that I recall is from novel I, Jedi. In this novel Corran Horn, rebel X-Wing pilot and one of Luke's new Jedi trained in the academy on Yavin 4, has this unique ability. (I highly recommend that novel, it's one of my favorites.)

Corran has the ability to absorb and redirect energy, an ability that he inherited from his father and grandfather. This suggests that the rarity of the ability is due to genetics. Jedi come in many different shapes, sizes, skill and power levels, and predispositions to specific talents, and this one is difficult enough that even someone with the genetic tendencies struggle to master it.

In The Empire Strikes Back, Darth Vader does indeed use this ability, but a blaster bolt contains a lot of energy, and that energy can't simply be absorbed forever. Vader absorbed the first bolt, then used that energy to deflect the second. A lightsaber blade contains orders of magnitude more energy.

Unfortunately, Corran also inherited the inability to use some common Force abilities like telekinesis. The only times he can physically move objects or increase his strength and speed is when he first absorbs energy. If this inability is commonly tied to absorption/deflection then it makes those individuals decidedly weaker in direct combat. It's an ability for sneaky types, not brawler types, and even then best only as a last resort.

I would also note that if the disabling of a lightsaber for psychological effect is desired, the best way would be wearing gloves or armor made of a cortosis weave, in the novels it's commonly showed as interrupting and disabling a lightsaber blade for quite some time.

0
Is it possible to protect oneself from a lightsaber with bare hands?
55
Why did Darth Vader choose to take shots from Han Solo?
26
How did Satele Shan block this lightsaber thrust?
10
Why the Jedi or Darth Vader don't use the Force powers in space fights?
21
Did Vader deflect, absorb or block Solo's blaster?

108
Why Do Jedi Use One Lightsaber in Combat?
30
Why don't they use gunpowder in the Star Wars universe?
31
Why do the Sith use red-colored lightsabers, but the Jedi don't?
21
Why don't Jedi (or Sith) use the Force to snap their foes' necks?
10
Why don't non-Jedi carry lightsabers as tools?
21
Did Vader deflect, absorb or block Solo's blaster?
10
Why the Jedi or Darth Vader don't use the Force powers in space fights?
22
How can Jedi learn to use tutaminis without hurting themselves?
38
Why don't lightsabers burn their users' hands?