I am looking for a fantasy book where the main character travels back and forth between Earth and his world and they watch him like he is on TV.

He gets stabbed in the stomach and in the second book becomes a paraplegic and gets use of his spine back.

Blade of Tyshalle, sequel to Heroes Die, both by Matthew Stover. 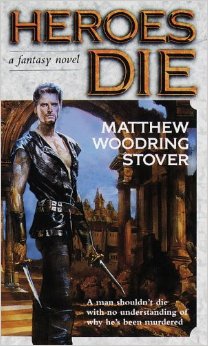 The novels are set in a future dystopia Earth where a parallel world called Overworld reminiscent of the worlds featured in post-Tolkien secondary world fantasy has been discovered. The corporations that run Earth send actors into Overworld in order to provide the masses of an overcrowded world with virtual-reality entertainment. 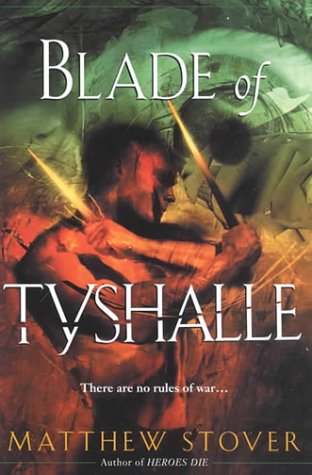 Seven years after the events of Heroes Die, Hari Michaelson (also known as Caine) is a puppet executive on the Studio he used to work for. He is now a paraplegic and lives with his wife Shanna and her daughter Faith.

15
old fantasy novel with ravens or crows and magic staff
8
Fantasy book series about a teenage boy who develops powers and can enter another world
12
Fantasy novel with two dream-like worlds, one good and one bad
6
Sci-Fi book revolving about a male character who traveled between dimensions and recorded his travels in logs he sent to his friends
21
Fantasy novel/series with young man who discovers he can use magic that is outlawed