What was that symbol Starbuck painted?

Starbuck painted a symbol of concentric circles. What was the significance? 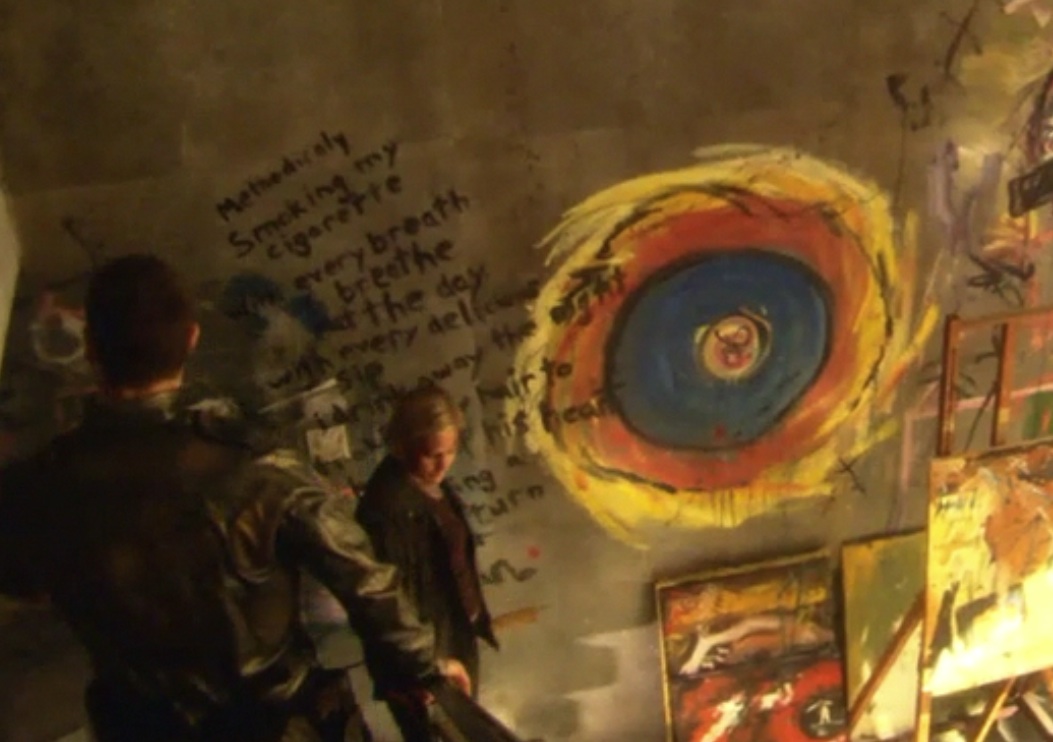 It is the eye of the maelstrom, or storm.

It's both literal and symbolic. It's literal in that it represents the storm she flies into in the episode Maelstrom:

The symbolic meaning of the image is the emotional maelstrom that is the fear she needs to face, including fear of death. It's the storm she has to go through to find peace, which she finds in the symbolic center of the storm:

When she finds the courage to dive down the 2nd time and chase the Cylon, she is going into both a real and a symbolic storm, having won the struggle with her fear (which is represented by the maelstrom) and she finds peace in the eye of the storm where she dies.

As well as being the eye of the storm in the gas giant in Maelstrom, it is also the symbol (the Eye of Jupiter) found in the Temple of Five in the episode The Eye of Jupiter - although, this is only realised by Helo at the end of the next episode.

34
Who was the piano player that Starbuck met in the bar on Galactica?
31
Why doesn't Admiral Cain carry out her secret plan?
29
What does the code 1123, 6536, 5321 have to do with music?
13
How did Starbuck find her way back after leaving Caprica?
13
What did the Laser Scan do exactly in Sams eye when he was fighting the Cylons S04E01?
15
How is Starbuck 'The Harbinger of Death'?
1
Buck Rogers and Starbuck
8
How did Caprica Sharon know so much?
6
Battlestar Galactica relationship regulations