Was the lower half of Robocop's face vulnerable (to gunfire)?

I remember watching Robocop storm into a drug factory and then stand still as many people shot at him simultaneously. Great scene! But I was surprised that he did not need to protect the lower (human?) part of his face.

Was that part vulnerable?

Was it even human, or an artificial construct?

The technicians of the RoboCop Program, led by executive Bob Morton, used what was left of Murphy's face and portions of his cerebrum and cerebellum and applied them to a cybernetic body, in effect, resurrecting Alex Murphy as RoboCop.

His original face was probably preserved and partially exposed by the visor to "humanize" him so that the public would trust and accept him better. Further, under the Body Structure heading:

When the visor is removed, only Murphy's face (which is grafted onto a completely mechanical skull) from the top of the neck up is exposed.

RoboCop implies that only Murphy's face and brain was used in the construction of RoboCop, as Morton states that "total body prosthesis" was an agreed-upon parameter. It is unclear in the first two films whether or not RoboCop's human face is merely a replica of Murphy's, as it contains a scar where Boddicker shot him in the head, though he tells Murphy's wife, in RoboCop 2, that "they made this to honor him." After touching it, she says, "it's cold."

In RoboCop 3, Dr. Marie Lazarus, RoboCop's chief technician, stated that Murphy's face was indeed transplanted onto a mechanical skull, and that it is not a replica.

The scar from the gunshot wound Murphy sustained can be seen when RoboCop has his visor off, further suggesting his face is not a replica, but in fact his original organic one: 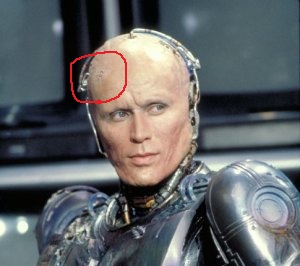 So, presumably, his organic face could still take damage, but there is a metal skull beneath, so the damage would be purely cosmetic. I believe the scene you are pointing out occurred before RoboCop was able to remember his prior life as Murphy, and he was therefore still cold and logical. Logic would dictate that cosmetic damage is not something to be worried much about, which would explain the indifference to sustaining damage to the lower part of his face. I imagine once Murphy fully "reawakened" and remembered who he was, he might not be so cavalier with the last remaining vestiges of his organic self.

From just watching it - YES

In the scene where Murphy is attacked by cops in the OCP building car park, he spends most of the time protecting his face with his arm: 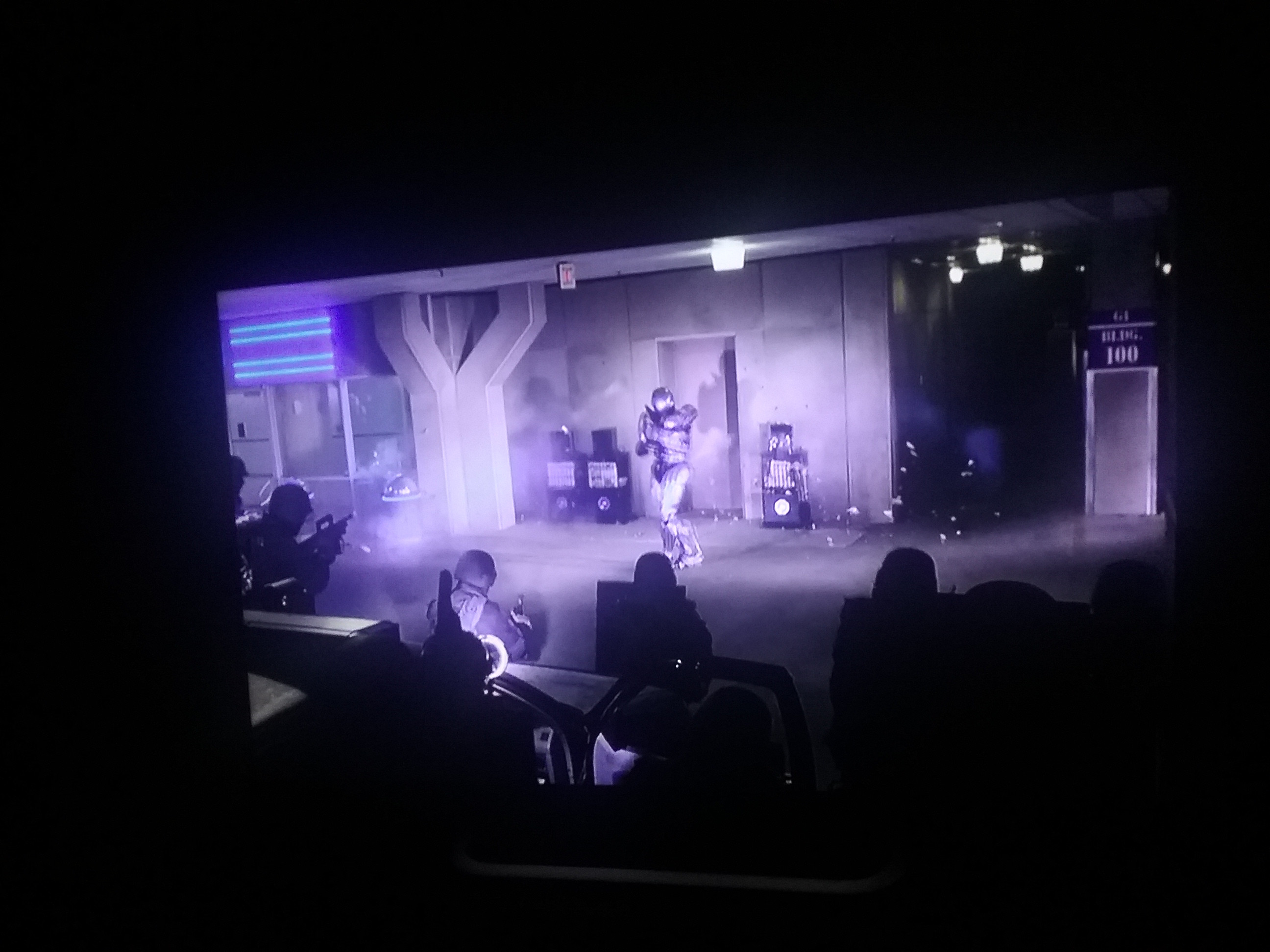 Which is highly suggestive that it is vulnerable.

21
How many human body parts are inside Robocop?

12
Did the general public know RoboCop was a cyborg?
17
In Robocop, why was ED-209 loaded with live ammo during the demonstration?
1
In the original RoboCop, why are RoboCop's POV shots at eye level of the other characters?