Has Spider-Man ever sold or financially profited from his webbing?

It's a pretty incredible invention / discovery on Peter Parker's part, according to Wikipedia:

Shortly after getting his powers, Peter Parker develops a special synthetic polymer adhesive that has spider web-like properties, as well as wrist-worn launching devices.

Upon release, the webbing dries into an extremely tough, flexible, adhesive fiber. One account described a single strand as stronger than piano wire and it is perhaps as strong as real spider silk or Kevlar.

In Spider-Man: The Ultimate Guide, one strand of webbing is described to be strong enough to bind the Hulk and hold him prisoner, but only if the Hulk were to hold still and let the webbing sufficiently dry.

But has he ever sold it or profited from it in a financial way?

I'm sure the cash could help out himself and Aunt May, not that they're desperately poor, but that extra income would surely make things easier.

As mentioned in this answer, he did try to sell it once, but the company he pitched didn’t go for it because it dissolves after an hour: 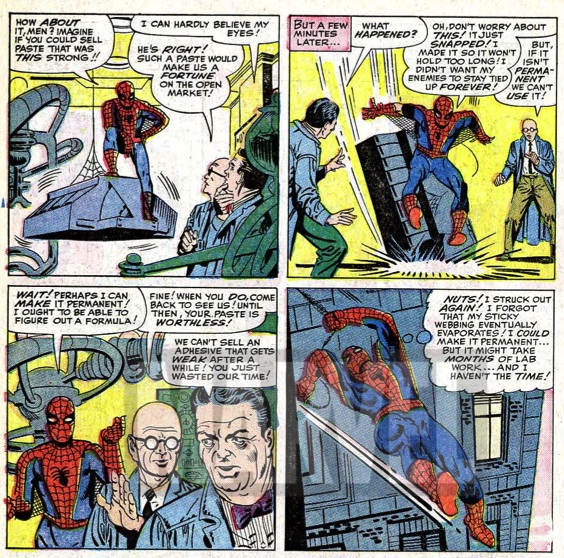 Also, as this excellent answer mentions, Stan Lee intended Spider-Man to be an everyday guy with everyday problems, like having to struggle with money. A nice juicy patent would kinda wreck that aspect of the character.

As noted in Paul D. Waite's answer, he did once try to sell his webbing to pay for his aunt's medical bills, but the prospective buyers rejected it on the basis that it dissolved too quickly. Peter noted that he could've reworked the formula to make it permanent, but that it would've taken months of lab work, and he needed the money urgently. 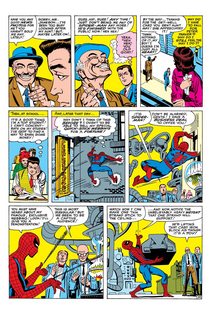 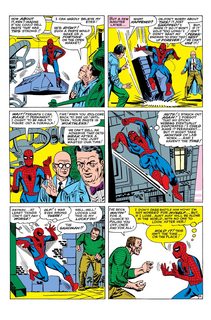 In a much later issue, Tony Stark told him that he was leaving "millions on the table" by not patenting and selling his webbing, but it was intimated that he'd need to reveal his true identity in order to do that, and he couldn't do that because it'd mean putting his loved ones in danger. 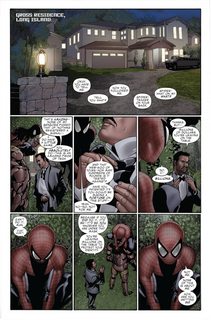 23
How much web can Spider-Man produce?
10
What happens to Spider-Man's webs?
8
Why didn't Spider-Man gain natural spinnerets with his initial powers?