Does Naboo only have female rulers?

In Attack of the Clones Padmé says:

This suggests that the previous youngest ruler was also a woman. In Episode I we see Padme as the queen, and in Episode II and III there is another woman in charge...

So, does Naboo only have female rulers? Is there any sources showing a male king?

As with everything Star Wars, this answer comes to you in two parts:

No, it is possible for Naboo to be ruled by a male; at least one King of Naboo has been identified in canon sources:

King Veruna is revealed in the updated Star Wars: Complete Locations DK reference book to have added a library to the Theed Royal Palace: 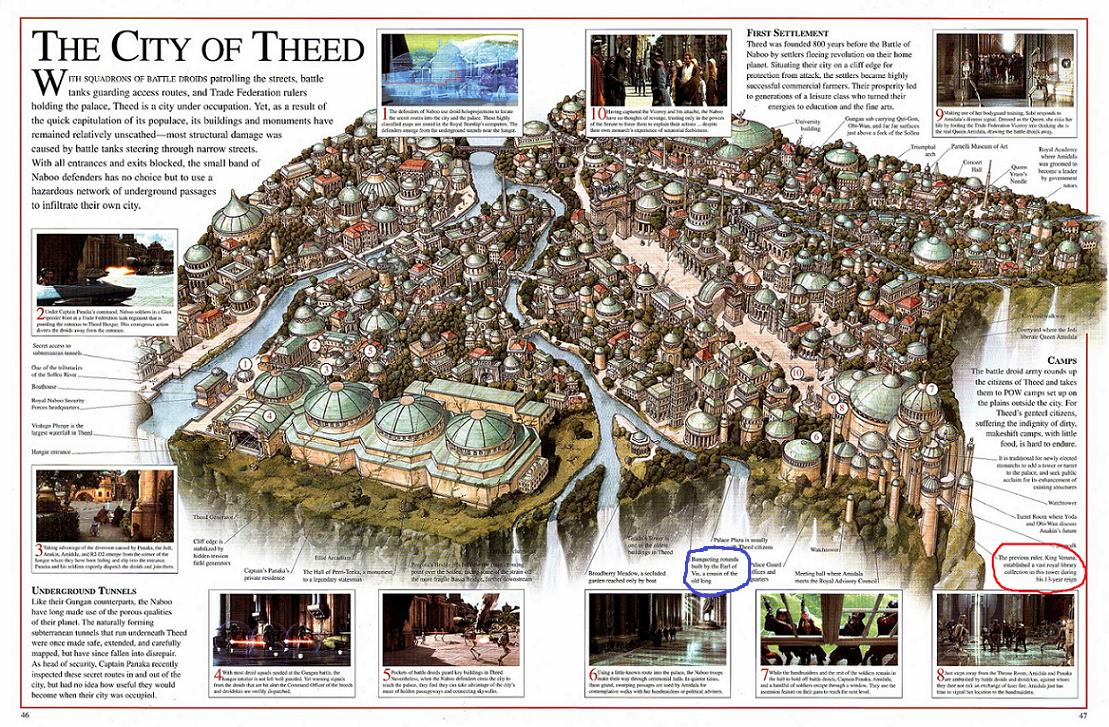 The previous ruler, King Veruna, established a vast royal library collection in this tower during his 13-year reign

This image also reveals (in the blue circle) that a previous King had a cousin who established a banquet hall in the city:

Banqueting rotunda built by the Earl of Vis, a cousin of the old king

It's possible this is also a reference to Veruna, although we can't be certain

Finally, in a flashback scene in the canon novel Tarkin, then-Senator Palpatine mentions a King of Naboo (emphasis mine):

In the Seswenna sector, several lommite mining concerns are vying for the attention of the Trade Federation, which is determined to forge a monopoly in the free trade zones. Even on my own Naboo, the king finds himself embroiled with the Trade Federation and off world bankers with regard to our plasma exports.

Tarkin Chapter 9: "As Above, So Below"

This scene takes place twenty years before the main events of the novel, which itself is set five years after the end of Revenge of the Sith, meaning this exchange occurs two years before the events of The Phantom Menace; the King Palpatine refers to is almost certainly Veruna, but we can't be totally certain of that.

There have been several Kings of Naboo, though far fewer of them than the Queens:

30
Is Luke entitled to become the King of Naboo?
37
What Star Wars Legends (EU) content has successfully become a part of Disney canon?
13
Why does Naboo elect such young rulers?
9
Who was / How old was the youngest queen ever elected in Naboo?
-1
What is the time span of the Prequel Trilogy and Original Trilogy?

33
Shouldn't Anakin Have Been a Female?
4
Why does Season 5 have only 20 episodes?
9
Who was / How old was the youngest queen ever elected in Naboo?
13
Why does Naboo elect such young rulers?
2
How do the (fancy) women in Star Wars keep their hair like that?
22
Padmé's change of role in Naboo and in the Senate
66
Why did the Jedi serve a corrupt Republic?
8
How much official communication was there between the Senate and the Jedi Council?
39
Why was Naboo important enough to have a seat in the Senate?