What character is this black cat figurine in Guardians of the Galaxy?

I have a picture of Yondu's figurine collection from Guardians of the Galaxy. The black cat figurine (second from the right) is quite familiar to me, but I can't place it.

I'm pretty sure it is from an anime, a well-known one. I think the jewel in the cat's forehead was red. Can anyone recognize this guy?

It reminds me of this fellow from Cardcaptor Sakura, Dash: 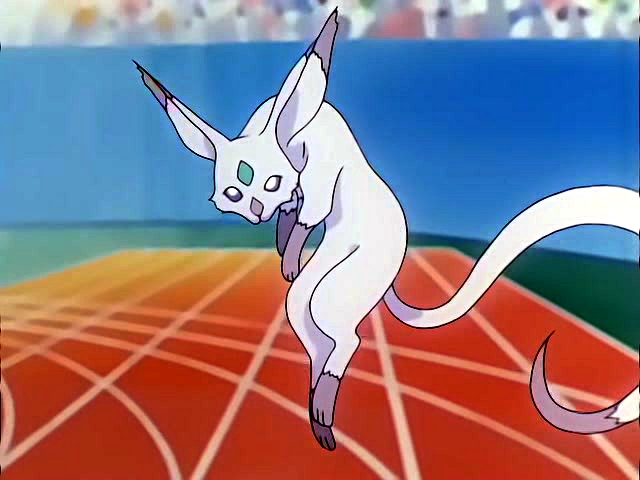 It's colored a faint blue, this image kinda washes out that detail.

Eevee from Pokemon has several varieties that could match: 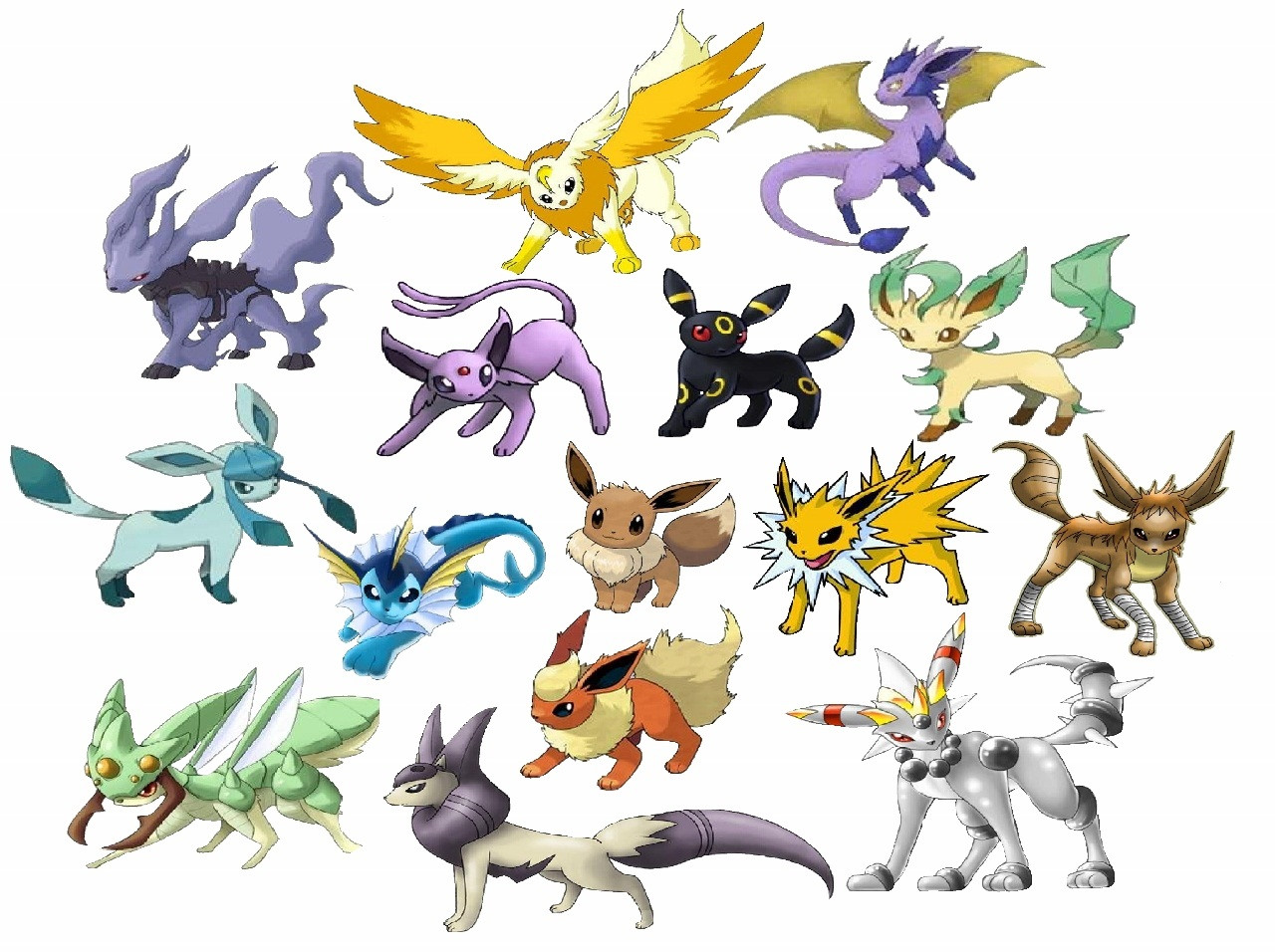 Espeon matches your description of a reddish gem in the forehead, while Umbreon better fits the color of the figurine (and has red eyes). The ear shape fits Espeon better, it would seem, although who knows how accurate they're being about such things. Each has diagonally-oriented eyes, though, rather than the horizontally-oriented eyes of that statue.

It could also be a stylized, somewhat cartoony version of an Egyptian black cat, many of which are portrayed with a third eye or a scarab on their forehead. It's somewhat hard to tell, but this brightened GIF seems to show a golden necklace hanging just below the figure's neck:

To my eye, it seems to be a generic cat figurine which resembles several things, rather than being an actual representation of some specific character. The other toys seem similarly generic, and it's worth noting that Yondu seeks them out for their kitschy, aesthetic quality, not because he's a fan of any particular franchise, so they don't necessarily represent anything at all. 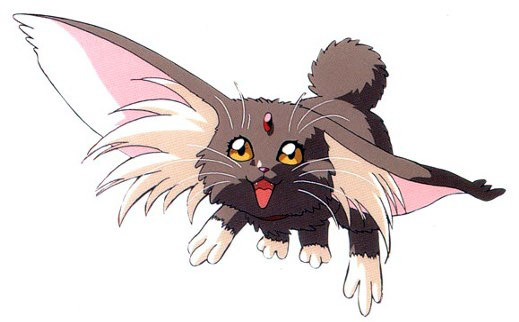 or a Carbuncle from the Final Fantasy series 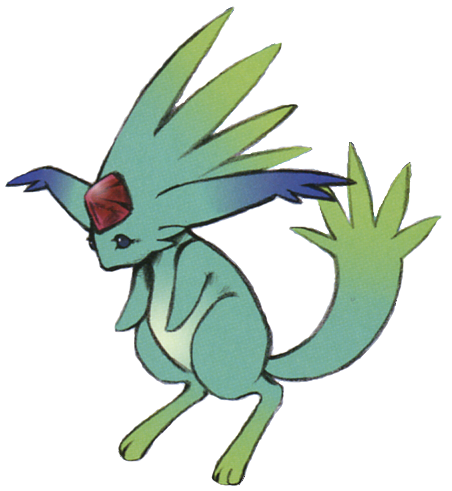 Both of whom appear in multiple entries in their respective series (Ryo-Ohki was in every show within the Tenchi universe, and even had an eponymous series of OVAs, while Carbuncle has been a recurring summon in multiple Final Fantasy games, as well as appearing as a card, an enemy, and the name of an Airship, just to name a few). These are two takes on a common style of mythical creature, which appears to be based on the Carbuncle, which is a cat-like creature with a gemstone embedded in its forehead. This myth started with Spanish Conquistadors when they were first exploring the Americas. Versions of this creature tend to have some sort of mystical or psychic power, as legends tell that any man who tried to capture a Carbuncle for it's gem out of greed would be blinded by a ray of light from the creature or otherwise attack them, but one who has no greed and approaches the Carbuncle peacefully will be rewarded by the creature willingly handing over their gem.