In The Half-Blood Prince (the movie) Snape sees Harry Potter pointing his wand at Malfoy while Malfoy is attempting to kill Dumbledore. Why did Snape notice Harry but none of the other Death Eaters did?

The simple answer is that the Death Eaters can't see Harry because he's on the floor below Draco, hiding in the darkness and peering through the mechanism of the large telescope and astrolabe.

When the Death Eaters come up the stairs, Harry hides behind a large pillar. Once they're at the top of the tower, he's largely obscured by the mechanism itself, leaving them with no obvious line of sight.

Snape is last to arrive, by which time Harry has stepped out from behind the pillar and is clearly visible to anyone coming up the staircase. 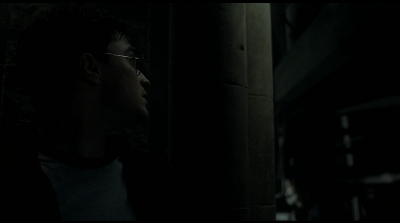 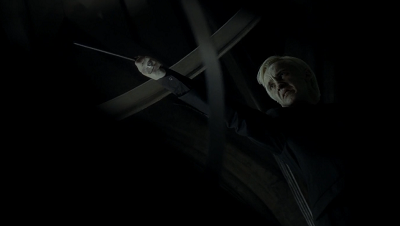 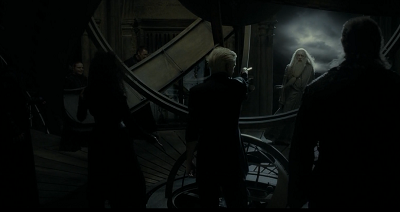 Snape comes up the stairs