How did Oliver Queen get his scars?

Has Arrow shown how Oliver Queen got his scars?

And is there an up-to-date picture of his scars that displays his new ones (like from Ra's)? 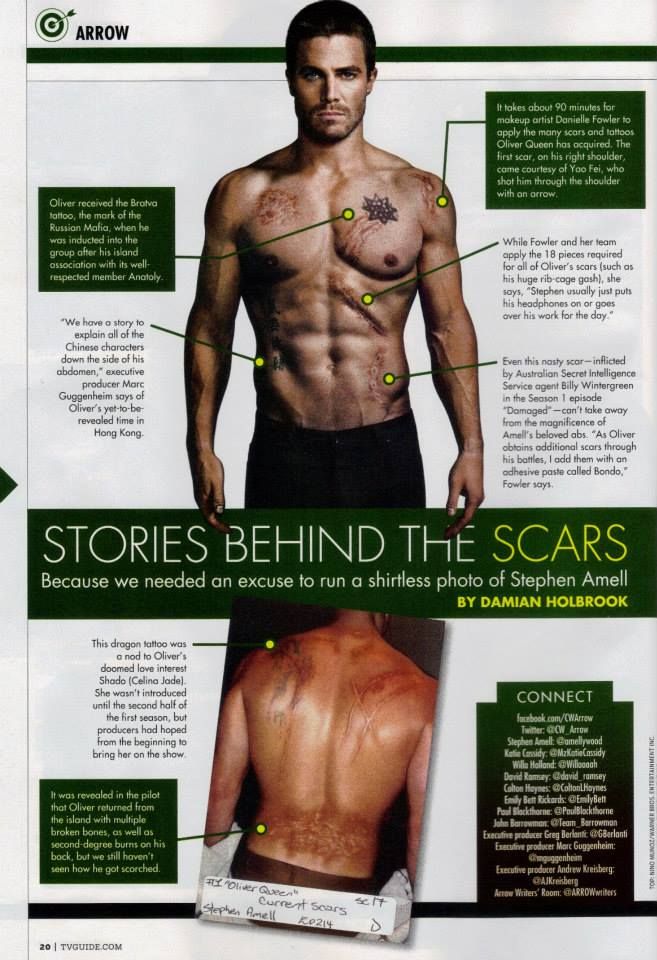 For San Diego Comic-Con 2014 (between seasons 2 and 3), TV Guide and Warner Brothers released a special "Arrow" edition of the magazine which included a page just about Oliver's scars. Since it was released prior to the battle with Ra's, it is missing any new scars from recent events, but it stands to reason that all scars left through the end of season 2 are included. It mentions 18 scar appliques that need to be applied.

Add to it, this second fan-compiled image and discussion on Reddit. 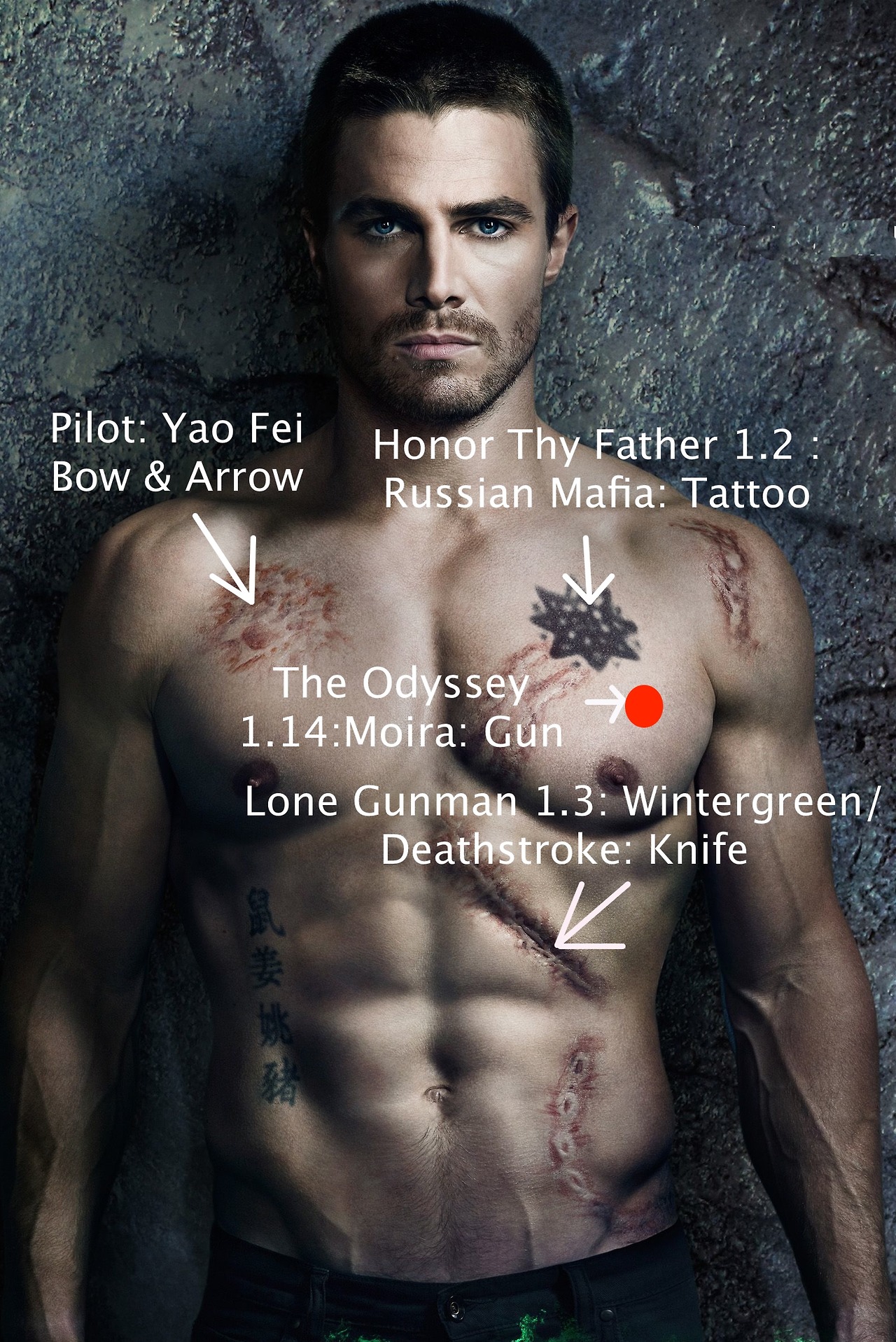 So, putting this together, we have

Billy Wintergreen gave a fair few of them to him and the rest he accumulated over time from war wounds.

23
How does Oliver Queen fund his "extra-curricular activities"?
15
How does Oliver know he's grabbing the right arrow?
8
How could nobody recognize Oliver Queen as Arrow
38
How did the Joker actually get his scars?
6
How can this fall in Arrow plausibly be survived?
5
How does Malcolm Merlyn fake death?
6
How did Susan make the connection to Oliver Queen being the Green Arrow but not the Hood/Arrow?
4
Is there any connection between Ra's al Ghul from Batman and ArrowVerse?
9
How did Green Arrow manage to make that arrow in the Crisis on Earth-X crossover?