How did the humans know there were only 12 Cylons?

Quite early on in the new Battlestar Galactica, it was established that there were only 12 types of "skin-job" (human-like) Cylons. How did the humans find out about this limit?

In the end of the "mini series" (that is the pilot episodes) Adama finds a note in his office, stating "there are only 12 cylon models", see here: 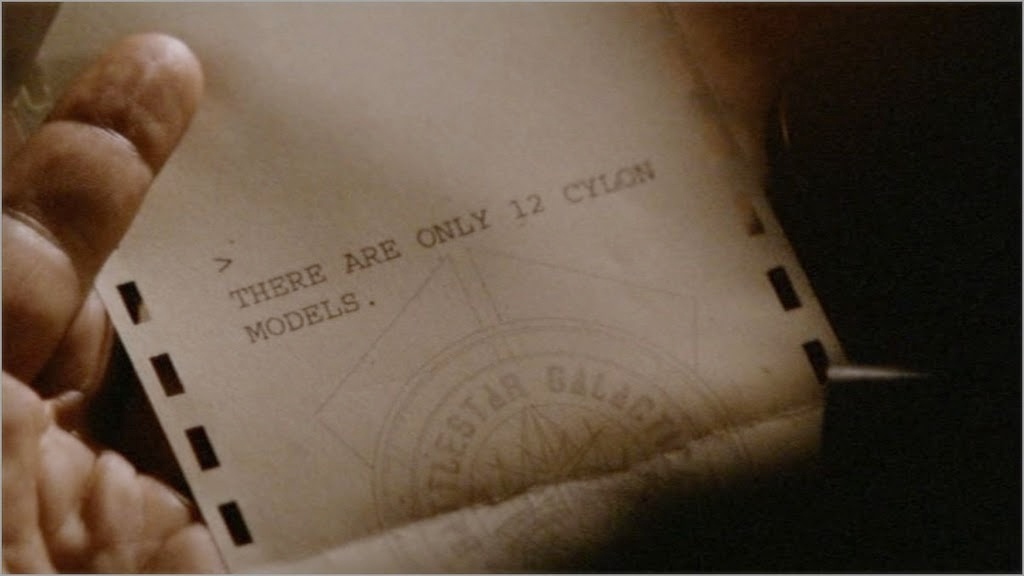 It was never established, who wrote this note. At that point the most obvious answer would have been "Baltar", since it was shown that he was in contact with the Six in his mind. However we later learn that there are more cylons on board (e.g. Brother Cavil), not all of which are aware of their nature. It could also have been one of them, but the most plausible answer is Baltar.

In the Plan, when Adama finds the note in his quarter, the next cut scene is Baltar - it is clear from the direction of this scene that they are pointing the note to Baltar, which makes sense. He knows information that he cannot share without exposing his role in the destruction of the Colonies, yet throughout the series it is clear he'll do anything to stay alive and unharmed. Therefore he wants to give Adama anonymous information that can help Adama, and therefore Baltar defeat the Cylons.

14
Why was there a maximum of 12 Cylons?
19
How Human are Humaniform Cylons?
7
Why Didn't the "Final Five" Program a Respect for Humans in Humaniform Cylons?
10
Why did the Cylons decide to occupy the human settlement?
9
What was the connection betwen robotic Cylons and human Cylons?
14
Why is the Gayatri mantra used the BSG opening theme? Are the Cylons or the Colonists Hindu?
20
How were the Cylon Centurions re-enslaved by the biological Cylons?
9
Did the cylons deliberately spare these characters?
8
How do Cylons (Human form) tell each other apart?
3
Why didn't the Cylons just build a new resurrection hub?