Can Shazam/Captain Marvel's transformation be prevented by a roof?

On a normal day, Billy Batson transforms into Shazam (previously Captain Marvel) by saying "Shazam!" and being struck by lightning. Upon being impacted by the lightning, he switches between his two forms.

But on several instances, he's shown to use this phenomenon as an attack, holding someone above him and shouting "Shazam" so that the lightning bolt hits his opponent. 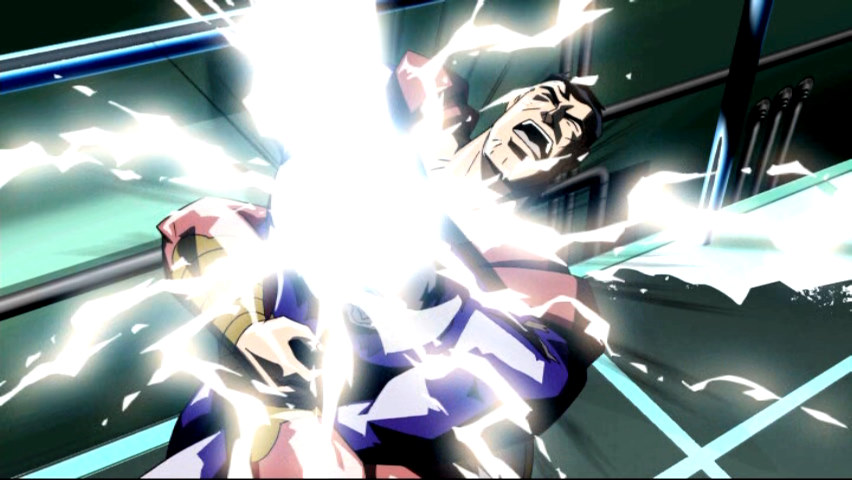 Notably, in these instances where something blocks the path of the lightning bolt, Billy/Shazam isn't transformed. It seems that, if the lightning doesn't reach him, it doesn't effect him. And more importantly, it's possible for the lightning not to reach him.

I'm not too familiar with the character, so maybe this is a common occurrence, but are Billy's powers effectively nerfed if he's kept in a bunker or a building with a lightning rod? Does he have to have access to an open sky to transform, or can he summon "local lightning" to transform him anywhere?

No. The lightning bolt which strikes young Billy Batson to transform him into Captain Marvel is not actually lightning - it is the physical manifestation of the Power of Shazam. However, there ARE some caveats:

In the post-crisis reality, Marvel's lightning bolts acted very much like actual lightning, and could be blocked by most materials that would block a lightning strike. That said, it was also seen numerous times to destroy roofs, walls, or other obstacles when called. The lightning was also directly connected to the wizard Shazam.

death of Shazam at the hands of The Spectre.

Afterwards, Billy found himself with even more power, and quickly learned that he could control the lightning to much greater effect than before. Ultimately, he discovered that this was because the lightning now represented the Power of Shazam - the magic ability granted to Captain Marvel & his heirs from the Rock of Eternity. Billy further learned that

he had inherited Shazam's place as the avatar of that magic. He therefore took the name Marvel, with Captain Marvel Jr. (Freddy Freeman) taking his place on Earth with the code-name Shazam. While undertaking the trials to inherit the Power of Shazam, Freddy learned that

he could call the lightning without even saying the name - rather, it responded to his will.

To date, the New 52 reality has more or less kept with the final Post-Crisis definition - that the "lightning" is actually the physical extension of Captain Marvel's magical ability. Also, Billy/Marvel has the ability to control the lightning and even transform with a thought rather than a spoken word. Therefore, we must assume that - in current continuity - a roof or other obstacle would likely not stop the lightning and/or transformation.

Invincible enemies, however, such as Superman or Black Adam, COULD potentially block or deflect the bolt and thereby prevent Billy's transformation.

It depends on the quality of Roof.

I remember from Justice League that Superman once blocked the lightning by his body, which successfully prevented the transformation.

So, a strong roof should prevent that.

First, a small qualifier to others' comments. In the Pre-Crisis contiunuity, the lightning does not come from The Old Wizard, but from Zeus. There's a story from the Fawcett era (Captain Marvel Adventures #50) where we learn that when Billy says the magic word, it's Zeus' job to deliver the magic lightning. In the story, a batch of faulty lightning bolts made by Vulcan accidentally swapped Cap's powers to Billy for a time. 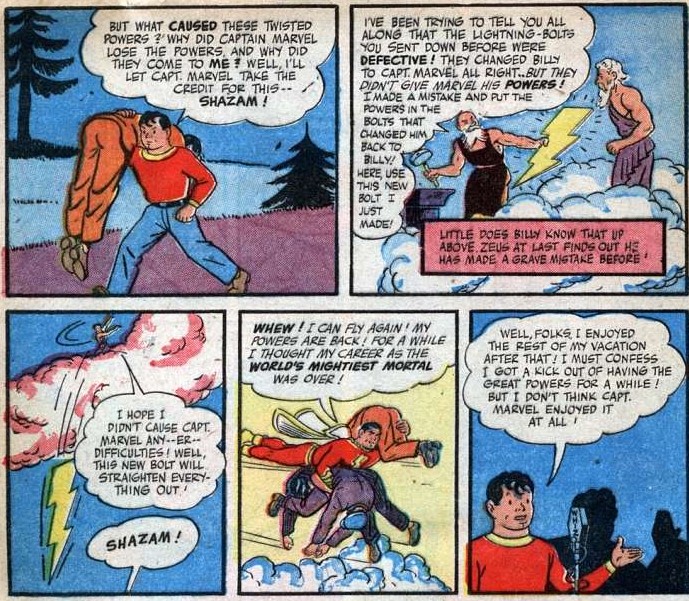 The bolts have regularly appeared within enclosed rooms, unimpeded by roofs of any masonry, nor do they cause damage to anything above Billy or Cap. From this, we can extrapolate that the bolts don't "come from the sky" as much as they simply appear Billy or Cap.

While there were stories in the Fawcett era where Sivana and other villains successfully blocked the lightning from reaching Cap, I don't recall any post-crisis stories where the lightning caused damage to roofs and masonry, or being blocked by anyting that wasn't a deliberate villain plot. I'll not dispute it, just don't recall any.

In the post-fifth age of magic, as others have said, Captain Marvel now wields the power of Shazam himself, and has taken the name Shazam. (the actual, real-world reasons behind that are annoying, but not germane to the discussion) He is no longer restricted to only saying the magic word when he wants the magic lightning. In fact, he changes the magic word for Black Adam, so he can't transform. Adam discovers the new word, accidentally 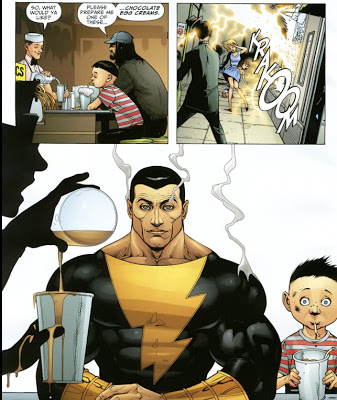 (Totally not on topic to the question, but this is too good a moment not to share)

At this point Cap/Shazam has total control of the lightning himself, and it's only at this point that we see him "weaponize" it, and use it to attack another person, and not to transform.

No. The lighting-from-the-sky thing is just a pretty effect. The important thing to remember is what's actually happening: Billy is calling a magic entity to cause his transformation, which has nothing to do with the magnetic fields of the planet he is on. Even if the magic-lightning did have to 'enter him' from the sky or wherever and he was indoors, it would simply find it's way in i.e. through windows, crack under door, obliterating the roof over him to get to him. I don't think it's a real issue.

Besides New52 billy is more 'shazam' than his pre-52 counterpart that was probably literally calling for the power to be given by Shazam. I'm not sure if Billy is actually drawing anything external into himself these days since Shazam pretty much died giving him his power. It's most likely just more of a battlecry now, or a spell that just triggers the transformation but doesn't draw on any external energy.

8
Does Captain Marvel only transform if the lightning strikes him?

52
What is the context for this panel of Captain Marvel(Shazam) and a vibrating mechanical horse?
4
Can Shazam be transformed by someone else recording him and then playing it back?
6
Does the transformation into Shazam help heal Billy's injuries?
16
Can Shazam undress himself?