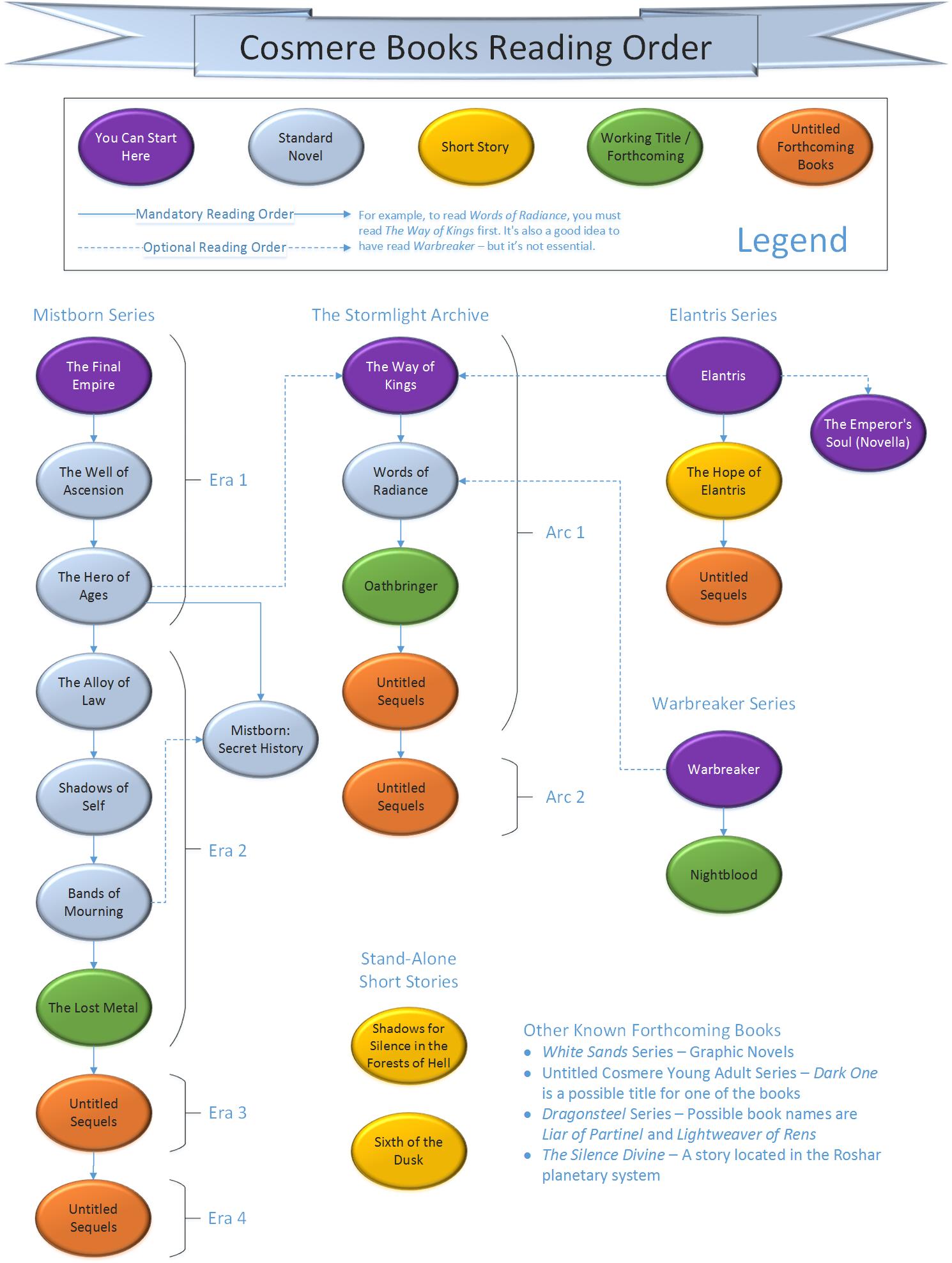 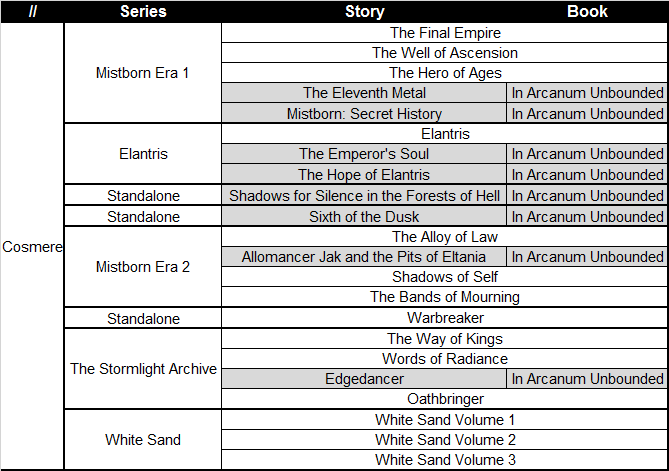 2
Is the magic in the Cosmere connected
14
Are the different types of magic in Brandon Sanderson's books his own invention?
3
How could a new metal appear on Scadrial?
3
Why are these people keeping a look out for people from this place (Secret History spoilers throughout)
6
When do the events of The Emperor's Soul take place?
11
Do you need to read Edgedancer before Oathbringer?
7
Why is there no sex in Brandon Sanderson's books?
4
How much do the other Sanderson "Cosmere" series explain what is going on in the most recent "Stormlight Archive" books?