Did Darth Vader's TIE fighter appear in any version of Empire Strikes Back?

Lego has released their versions of the iconic Star Wars movie posters, including this one of the Empire Strikes Back: 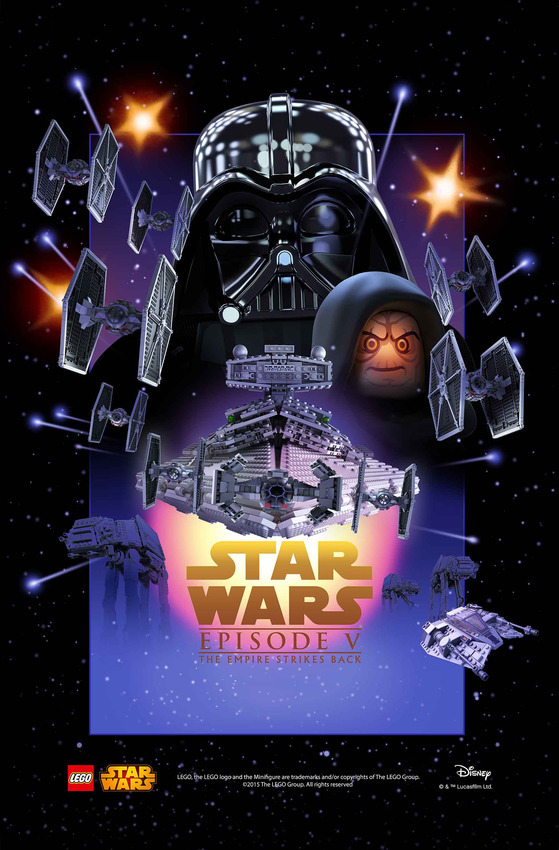 I have a print of the original as well. It suddenly dawned on me that right in the center, in front of the Imperial Star Destroyer, is Darth Vader's TIE Advanced fighter. I don't recall it ever appearing in the movie. It's been a long time since I've watched any version except the DVD Special Editions. Has it ever actually appeared in any version of the film?

No. Vader's Tie-Advanced didn't appear in the The Empire Strikes Back but it did make a brief appearance in the film's Junior Novelisation.

During the Battle of Yavin, Sith Lord Darth Vader piloted his own Imperial TIE fighter to defend the Death Star space station against a Rebel Alliance assault. While engaged in a dogfight with an X-wing starfighter, he sensed the enemy pilot was strong with the Force. Vader was about to fire upon the X-wing when he and his two wingmen were attacked by a Corellian YT-1300 transport. Vader survived, but his damaged TIE fighter went spinning out of control. Seconds later, the Death Star was blown into a billion pieces.

After Darth Vader brought his crippled spacecraft to an Imperial outpost, he began his investigation. He did not have to identify the Corellian transport. He’d seen it before, when it had been captured by a Death Star tractor beam and deposited in hangar 3207.

We also see it in the new Marvel comic series Darth Vader #002 (set between the events of A New Hope and Empire Strikes Back) in which we learn that that Vader has been using the Super Star Destroyer 'Annihilator' as his base of operations. 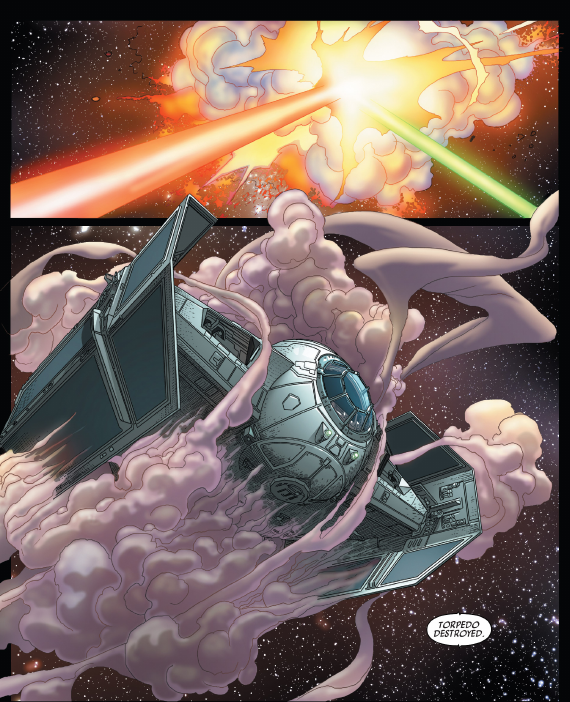 And from a purely Lego point-of-view, Vader's Tie-Advanced makes an appearance in "The Empire Strikes Out" where Vader accidentally prangs Luke's X-Wing... 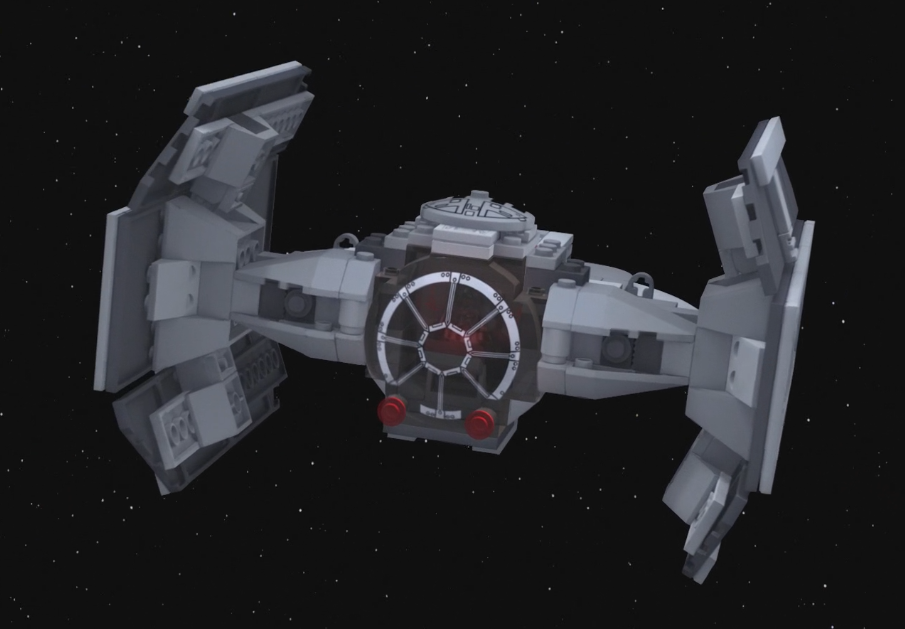 According to Wookieepedia, Darth Vader’s TIE Advanced x1 was only briefly mentioned in the Star Wars Episode V: The Empire Strikes Back junior novel (ISBN: 0439681243) written by Ryder Windham published by Scholastic in 2004. As for what it was doing since the events of the original Star Wars film:

Following the destruction of the Death Star, the Sith Lord made a hyperspace jump to a planet, Vaal, where he could land safely. His ship was damaged when it was hit by small asteroids in Vaal's orbit, and Vader was forced to make a crash-landing on the planet. Upon his return to the Empire, Vader gave orders that his craft be recovered for repair and that it was to be docked in his personal ship, the Executor.

Vader's TIE was later demolished while docked aboard the Super Star Destroyer Executor as it crashed into the surface of the second Death Star during the Battle of Endor in 4 ABY.

So basically Darth Vader had it sitting the “garage” of his personal Super Star Destroyer much in the same way everyone knows someone who has at least one beloved car that is sitting on bricks in their garage or driveway.

Not the answer you're looking for? Browse other questions tagged star-wars darth-vader the-empire-strikes-back or ask your own question.