Do green lantern constructs need to remain tethered to the ring?

Do a Green Lantern's energy constructs need to remain connected to the ring via a tether of green energy, or can they exist without being directly connected in such a way?

In theory, no, they do not need to be visibly connected to the ring.

Funnily enough, there are several such constructs listed on Top 10 Dumbest Things Green Lantern Has Ever Constructed.

Notably are the Green Lantern restaurant and waitress, space pirate ship, and glowing words "Bye Bye Bats", all of which are clearly do not have energy going from the ring to the constructs. I'm sure many other objects, especially vehicles the Lantern rides on/in and sitting places, do not have that tether. 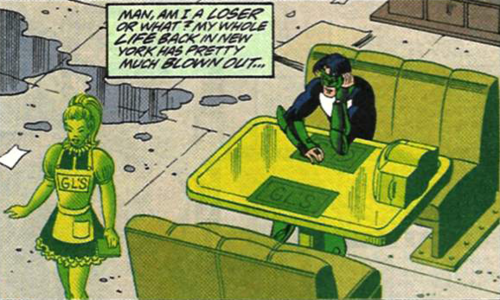 Notice the waitress is untethered. 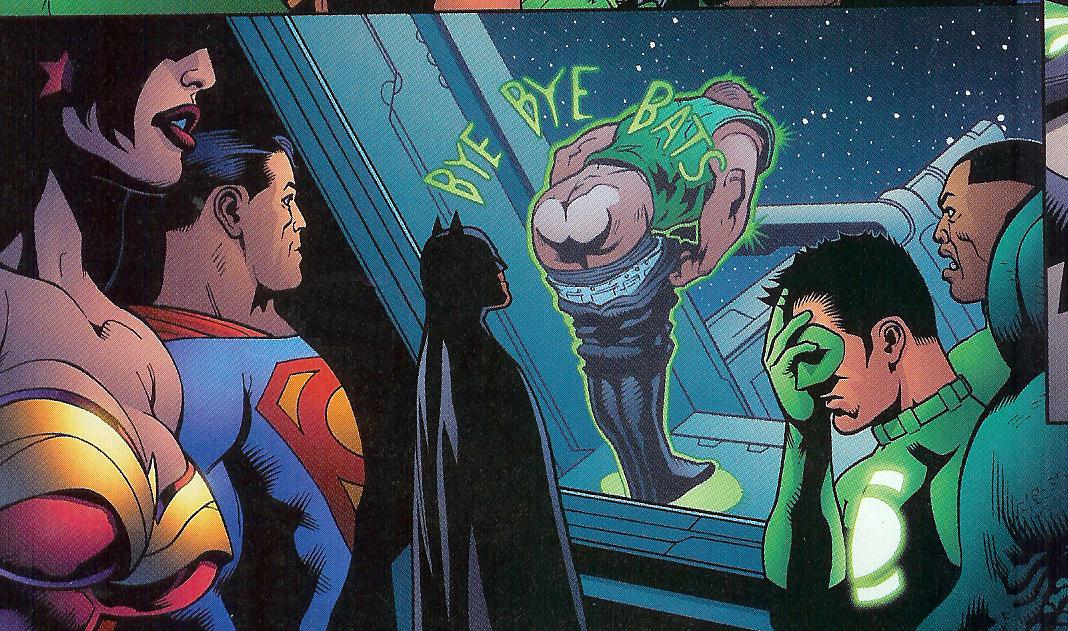 The words are not touching the Lantern here, nor connected by a tether. 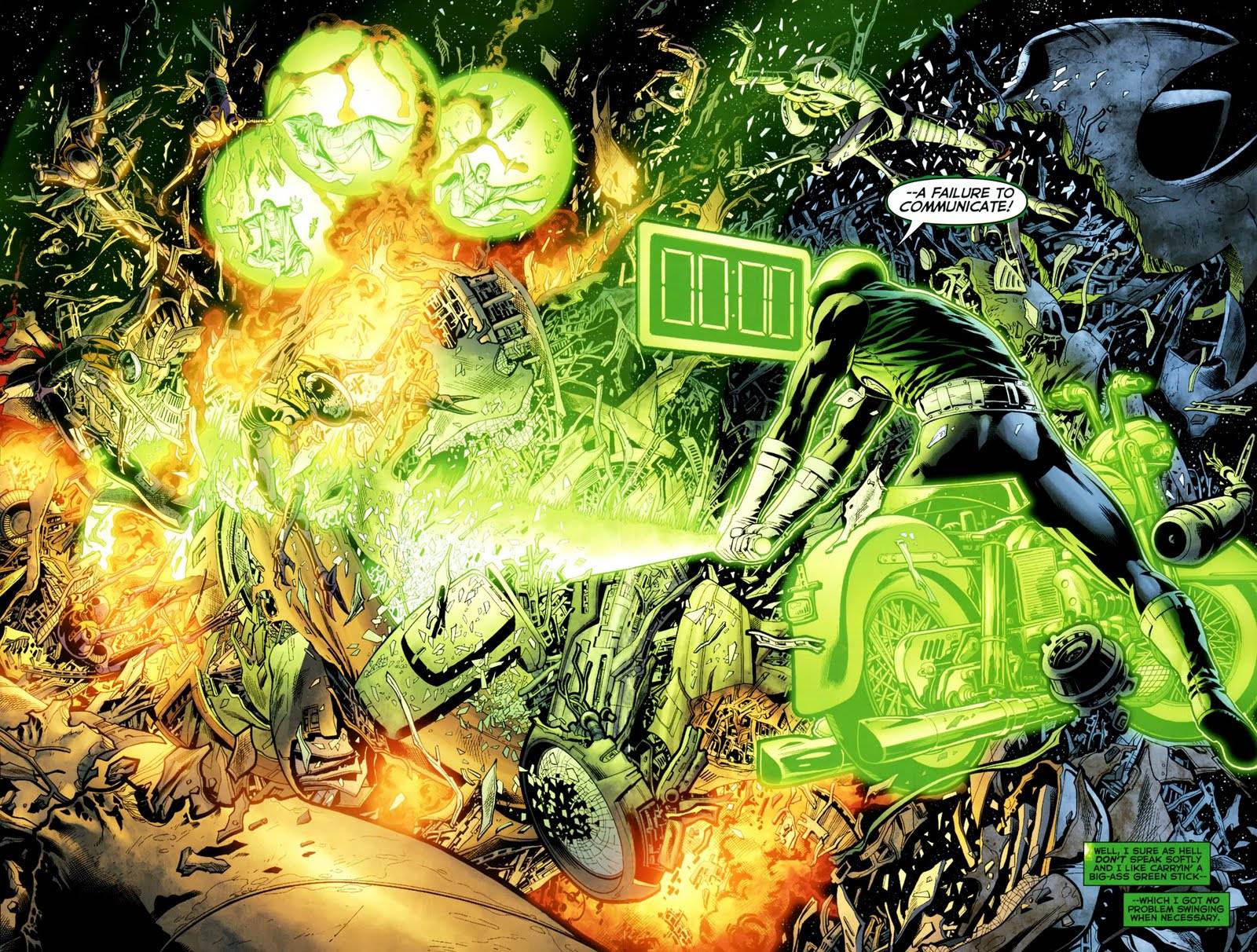 This one is a little harder to tell, but there is no tether from the ring to any of the other objects, but mostly it's 3 spherical shields that I would point out.

I can't tell you why some constructs have that tether, and some don't. It could be that all of them are originally constructed by coming directly from the ring, but after all of their requisite energy has been pushed from the ring they don't need the tether to be sustained by the Green Lantern's willpower.

As soon as I read the question, this example came to mind: 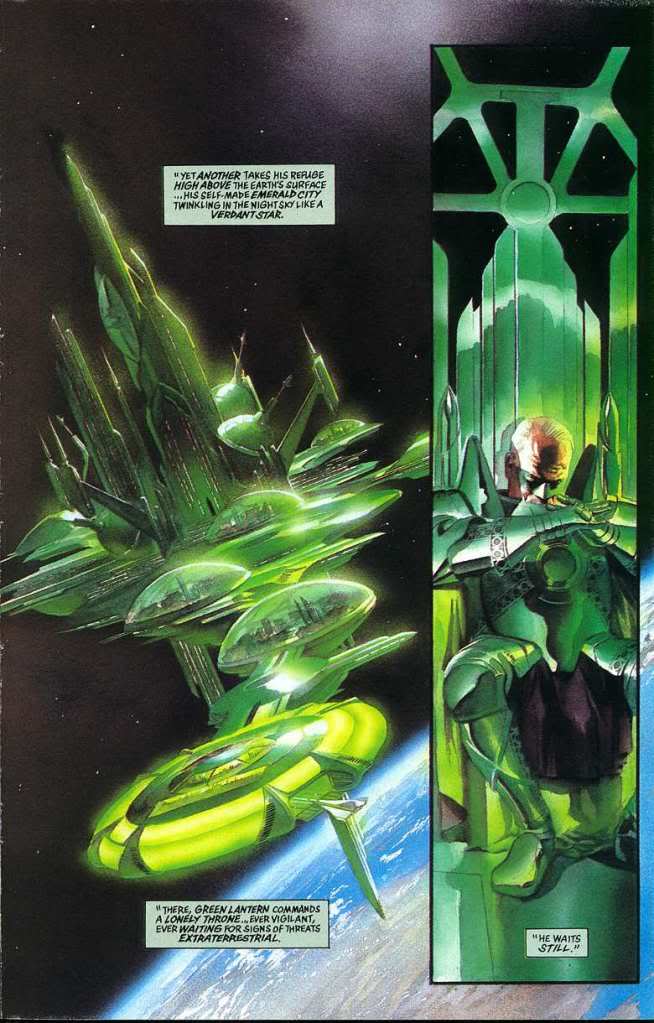 This is a page from the graphic novel Kingdom Come. Alan Scott has constructed an entire space city from his ring, and as he sits in his throne you can see that there's no visible energy cord or tether connecting him to any part of the construct.

However, these scene is from an alternate future, and was never part of a canon timeline. Alan Scott is also not one of the Green Lantern Corps, and in this future he no longer even uses a ring. So it's not a good example at all, but the imagery is beautiful.

And that may be the key to the question: imagery. There's a good chance that tethers are only present or absent as the artist decides is necessary for the appearance of the scene. The absence of the tether in canon may have been established merely for its visual appeal, rather than mechanics.

I do not know of any cases where a Lantern (of any color) has sustained a construct without some form of tether. When the tether is disrupted, the construct fades.

The most commonly seen Green Lanterns (Hal Jordan, Guy Gardner, Kyle Rayner, and John Stewart) typically project these tethers directly from their rings, but this is not strictly required. With focus, tethers can be extended from the standard environmental shield that surrounds any active Lantern.

If a Lantern uses their ring to create something (such as using a construct welding torch to fix a steel support beam) the thing they have created remains even after the construct is dismissed.

There may be edge cases where a construct has remained for a short time without being sustained - if a Green Lantern willed the construct to remain before disconnecting, it might have enough residual power to stay coherent for a brief time - but I expect these would be few and far between.