I borrowed this book from the library years ago in the early 2000s. I believe it was published sometime between 1970 and 1999. It was an adult fantasy novel and definitely not something you would recommend for kids as it contained violence, sexual assault, etc. I don't recall the name, but I do recall specific details.

The cover had: a snow covered fortress on it in the background and in the foreground was a man and woman standing on a ledge looking at it. The rest of the background was white. This cover was painted (done by an actual artist), not photoshopped. Given the age of the book, I believe this was the first edition cover. It was a thick book as well and a hardcover.

The setting (from what I can recall) was a standard fantasy setting. Low tech, nobles and peasants around, but most of it took place in a cold environment. I don't recall magic being prevalent in the story. There were no magic spells or anything commonly used. The only real magical element was a red jewel that allowed characters to see into the minds of other people or animals. At one point during the novel, the main male character uses the jewel to see into the mind of an animal and discovers that it's sentient. He decides to keep the jewel a secret because of this because the powers that be (a powerful church, if I remember right) would not want people to know about this.

The magic stone I can't quite remember if it was referred to as a jewel, gem, gemstone, or anything specific. I recall it being red and faceted but don't quote me on that. All I'm concrete about is that it allowed you to look into other people's minds and see things. At one point, the male protag looks into his wife's mind and sees her memory of being sexually assaulted.

The setting was on an Earth-like planet but there were no familiar countries or governments.

Some other story details I can recall: male protag and female protag are married early on in the novel. It was arranged but they're familiar and comfortable with each other. Female protag was sexually assaulted by another character and it's hinted that she is pregnant by this person but it's never confirmed if this is true or not. The character who assaulted her was put on trial but due to some meddling from a relative (an older woman, possibly an aunt, grandmother, or mother), he isn't sent to jail. He gets off with exile or some equivalent.

The novel prologue talks about a plague that struck the area several years prior and then skips ahead to the modern times.

I think the novel is part of a series and I believe the one I had is the first one, but I'm not sure if it's part of a trilogy or not.

That's all the details I can remember for now. If I remember more, I'll edit it. Any help would be great!

I know this is old but I stumbled upon it in my search for the same books, so I'll answer anyway. I believe the ones you are looking for is the A Tale of Eron series by Tom Deitz. 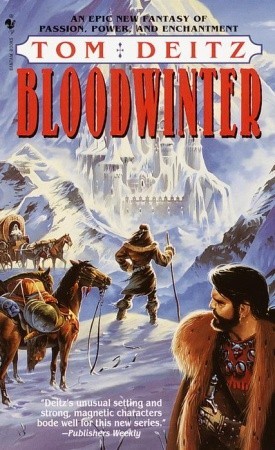 In the icy northern realm of Eron, three young artisans bound by an unspeakable act of violence arrive at an isolated gem mine on a special commission for their king. They are the arrogant but talented Eddyn; Avall, his archrival; and beautiful Strynn, newly wed to Avall, but carrying Eddyn's child.

Meanwhile, to the south, amid Ixti's scorpion-riddled sands and sensuous cities, a horrible accident has forced Prince Kraxxi into exile with blood on his hands and a price on his head.

The four will be drawn together--and torn apart--by a magnificent find: a gem with magical properties beyond anyone's imagining or control. It is a struggle in which hidden forces pursue a frighteningly sinister agenda. For whoever possesses the gem holds the future of the world...and the power to destroy it. 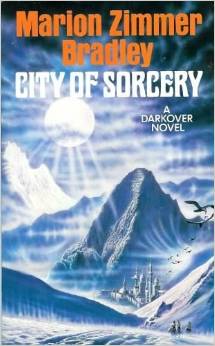 Sounds like one of the books from Marion Zimmer Bradley's Darkover series. The red jewel is a psychic amplifier, increasing the natural talents of the wearer. The planet, Darkover, is a naturally very cold planet, almost perpetually winter. The society is a very feudal one; Houses of Lords and Ladies, somewhat based on the psychic talents and strengths of its members.

To add to the second answer; Bloodwinter, by Thomas Dietz. There is the winter kingdom of Eron. There people are organized in different guilds called clans. There is the red jewel called Bloodwinter, that when fed with blood allows the user to share minds. The female protagonist, Styrnn, is raped by Eddyn and has a child. The hero, Avall, discovers that the Birkits, an animal species, are telepathic and sentient.

I know I'm about five years too late, but is it by chance the Black Jewels Trilogy by Anne Bishop?

11
Looking for name of a book-series - Spaceship crashed, Civilization based on Magic rebuilt

12
Help identifying fantasy trilogy with magic music
4
Help Identifying Fantasy Novel About Rune Magic
7
Help: Fantasy magic book series male genius similar to Name of the Wind
7
Help with identifying book about talking dog from outer space?
7
A story about a demon who has to steal a jewel to free his sister
21
Novel where mathematics are magic
21
Fantasy novel/series with young man who discovers he can use magic that is outlawed
6
Fantasy novel: dueling sorcerers and a damsel in distress