Is there any indication that someone is cast as Anakin in The Force Awakens?

There is some recycled dialog in the second teaser for The Force Awakens, with a voiceover by Luke:

The force runs strong in my family. My father has it…

Assuming that the dialog is from The Force Awakens and not just lifted from Return of the Jedi, it implies Anakin is still present. He was seen as a force ghost at the end of Jedi. So conceivably could still be around.

But someone would need to play him. Have there been any rumors about this?

As someone who has been actively seeking spoilers for the new trilogy, I can say with confidence that - so far - there has been ZERO evidence indicating that Anakin Skywalker will appear.

There has been some speculation that Darth Vader will appear in flashback or vision/dream form, but it will likely just be some stuntman in the suit. The voiceover line we hear in the teaser could be pulled from Episode VI, but is more likely just being recited exactly. I say this because, originally, there were longer pauses between the lines "I have it" and "my... sister... has it." Plus, of course, this has the added "You have it." tacked onto the end. It is presumably

Luke speaking to his adult son/daughter in the movie, who (by all indications) will not know of their origin or Force ability until they find him.

Yes, there was an indication that someone (possibly Hayden Christiansen himself based on the images) was considered for being cast in the early versions of the script.

This comes to us courtesy of MakingStarWars.net, which has uncovered the images of the concept of this in "Art Of Star Wars: The Force Awakens" books: 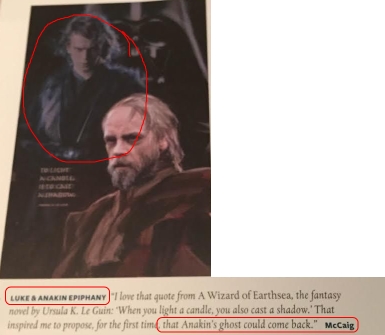 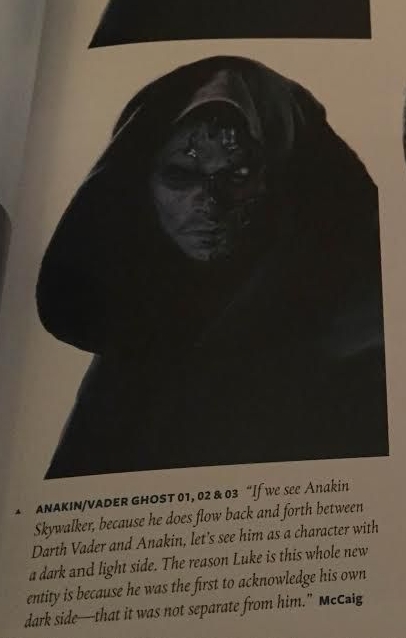 Obviously, now that the film is released, we know that they nixed the concept, at least for Episode VII

At present, there is no indication. The most complete cast list (so far) seems to be the one posted by MakingStarWars.net on April 13th. Bear in mind that this is a fansite, and the source of this information is unclear, so take it with a grain of salt.

I'm not going to reproduce the full list here, because it's quite long, but neither "Anakin Skywalker" nor "Darth Vader" appear on it anywhere. However, the page notes that some of the names are likely codenames rather than actual character names, so it's not impossible that some version of Anakin will feature in the movie.

However, now that the movie has been released, we can confirm that neither Anakin nor Darth Vader make any real appearance (a single shot of Vader's burnt skull notwithstanding).

20
In Star Wars: "The Force Awakens," how could this lightsaber have turned up where it did?
7
Who is Luke speaking to in the Force Awakens teaser?
20
What color is Luke’s lightsaber blade?
9
Do Obi-Wan Kenobi and Yoda know these characters are alive during the time of the Original Trilogy?