What exactly is Mongul from (pre-Crisis) Superman comics, and is he stronger than Superman?

In the Superman comics all the way up to 1985 (when the writers re-did Superman all over again), exactly what is Mongul? Is he stronger than Superman physically? I mean if they fought without each one of them holding back to the death, is Mongul strong enough to kill Superman?

I am not asking for opinion, but rather facts presented to us in the comics. Also, does anyone know the first comic that talks about Mongul's origin and powers in depth?

When originally introduced in DC Comics Presents #27/28, Mongul was only given a cursory origin. It was explained that he had been the ruling despot of his race's homeworld, until they finally got tired of him and overthrew him in a revolution. He then escaped (or was exiled) and decided to get revenge on his people by taking over Warworld and using it to destroy his own planet. The original version towered over Superman and proved to be his physical match when they fought. In each case, however, Superman proved to be the stronger of the two. 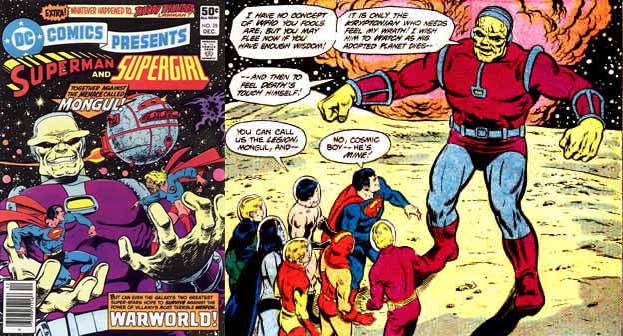 After the Crisis on Infinite Earths retcon, Mongul was largely unchanged with two notable exceptions - he was now closer to human-size (yet still quite large), and he was now the ruler of Warworld, a planet where the populace was kept docile through gladiator games that were broadcast across their world. Eventually, Mongul would lose his throne in this version as well, and thereafter seek revenge against the Justice League, specifically Superman.

Mongul's species is never defined in the Pre-Crisis or Post-Crisis Universe. Neither is the source of his metahuman abilities. However, in the Pre-Crisis universe, the desire of the writer, Jim Stalin was to create a villain whose power and ability were greater than Superman's and capable of giving the Man of Tomorrow a run for his money.

Of Pre-Crisis Mongul's origin, we know only this:

The only known fact about Mongul's early life is that he was once the merciless dictator of an entire world until an ancient holy man called the Arkymandyte appeared and incited the general population to revolt against his rule. The revolution proved successful, and Mongul was forced to abandon his world and flee into space in order to save his own life. Because of this, it is generally assumed that Mongul aquired his vast powers at some point after his exile and before his first encounter with Superman, otherwise he would have been able to use them to put down the revolt against his dictatorship. The origin of Mongul's powers are also a complete unknown. 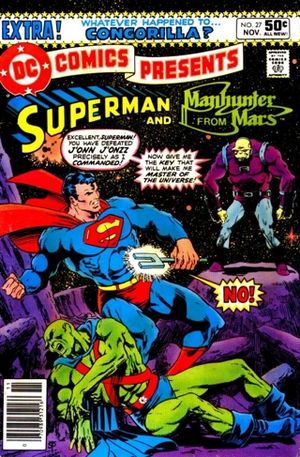 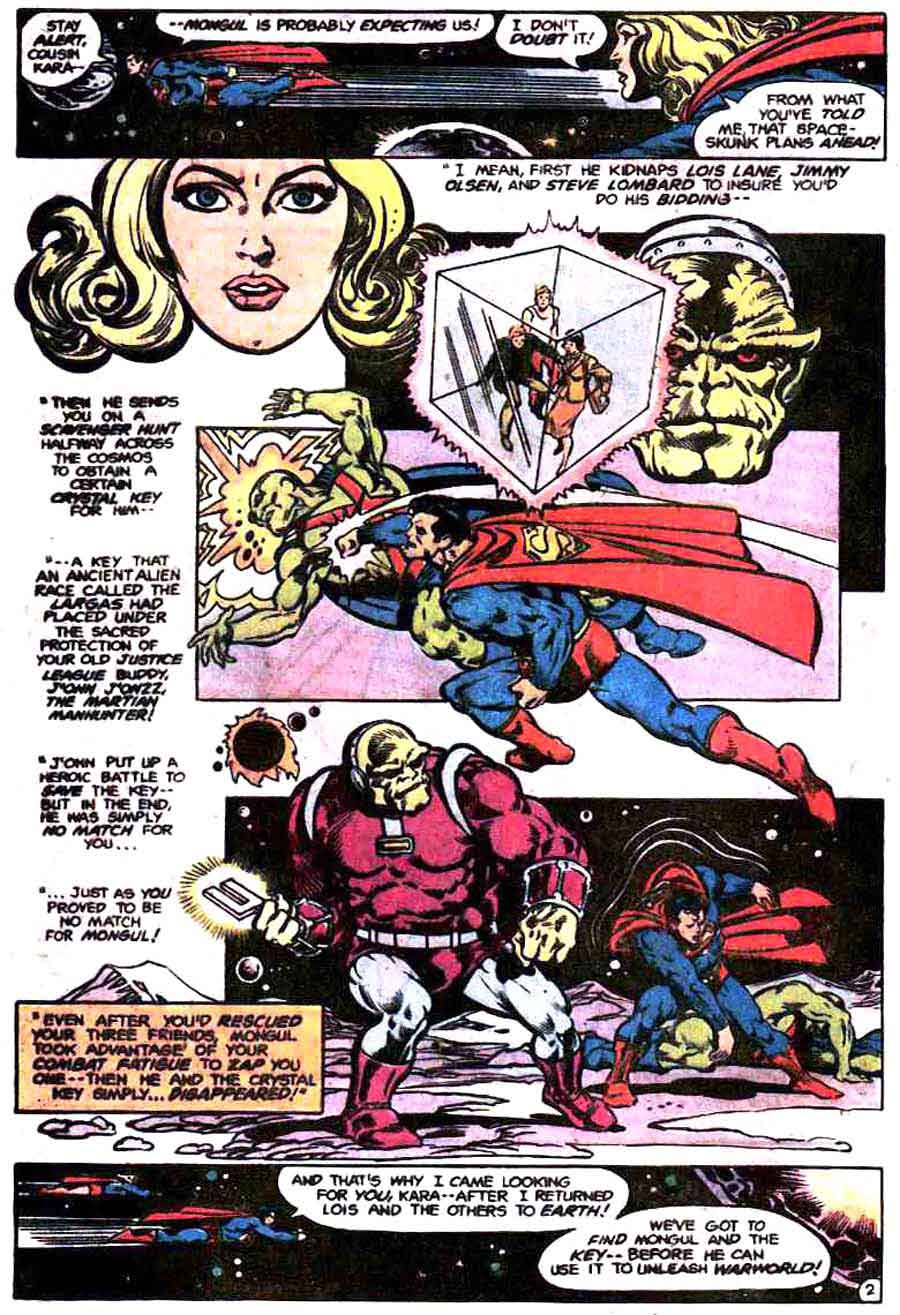 In this recap from DC Comics Present #28, Superman is beaten by Mongul 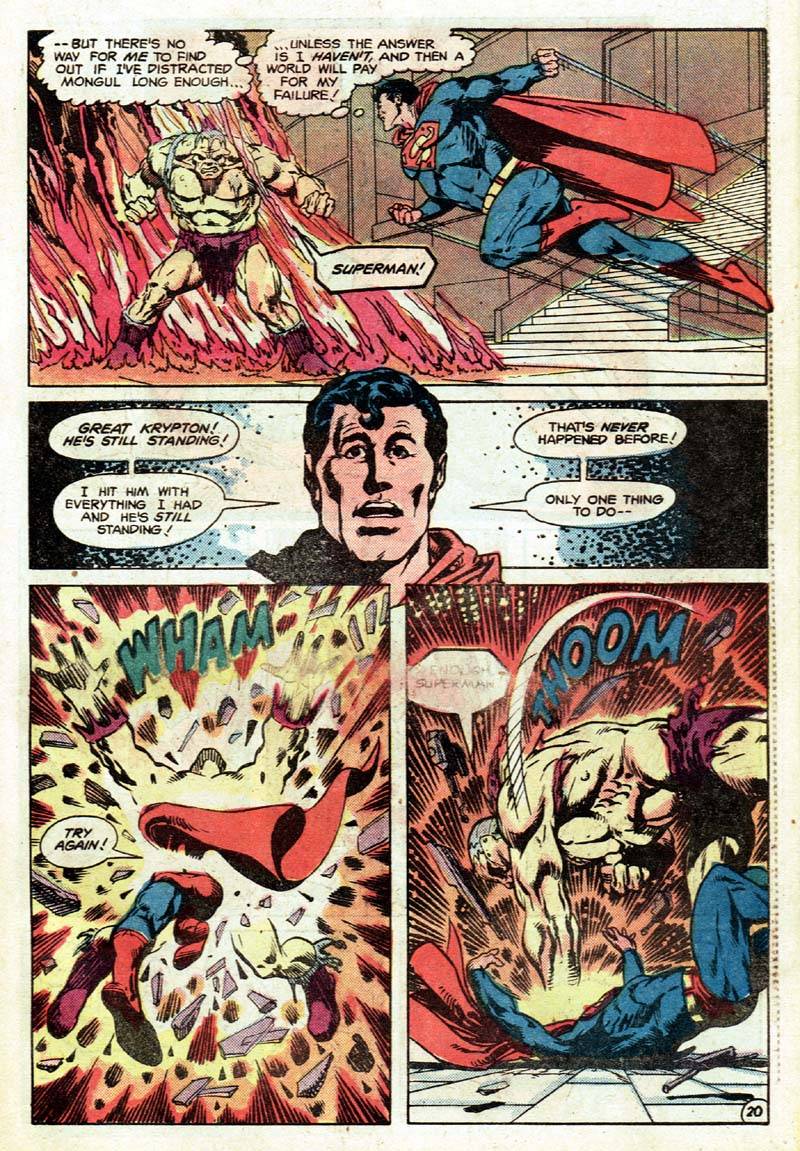 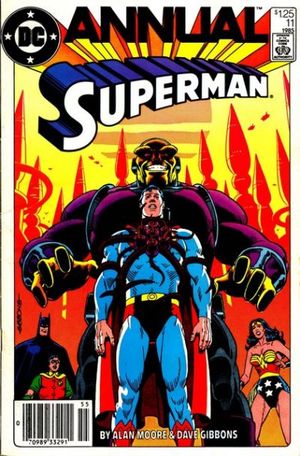 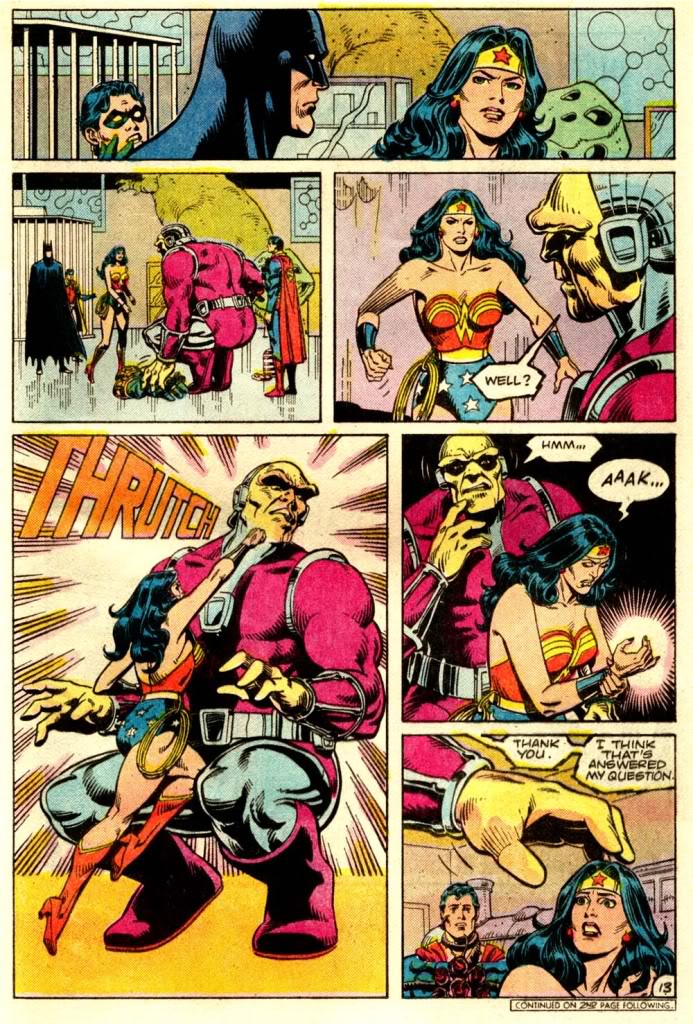 Upon Superman's liberation from the Black Mercy, he and Mongul mix it up one last time. They appear almost equally matched. 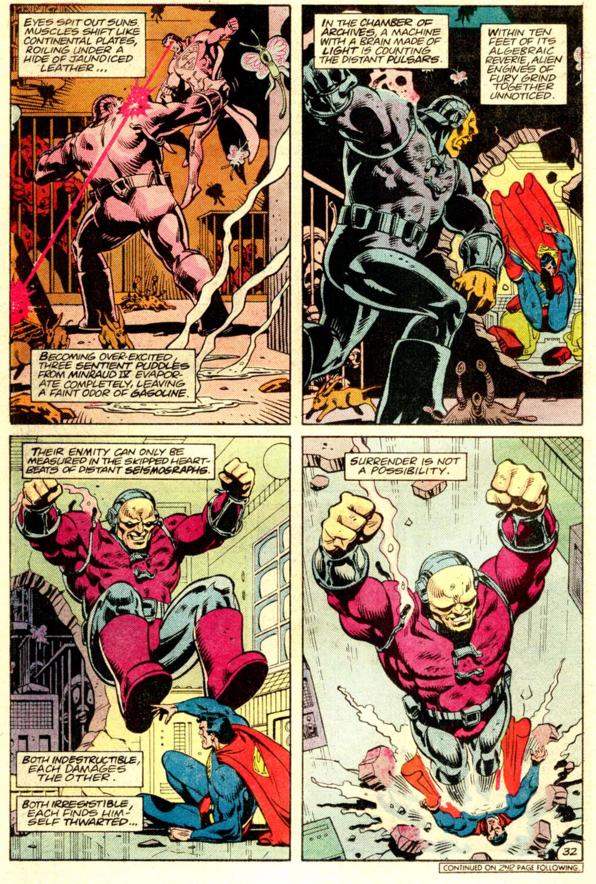 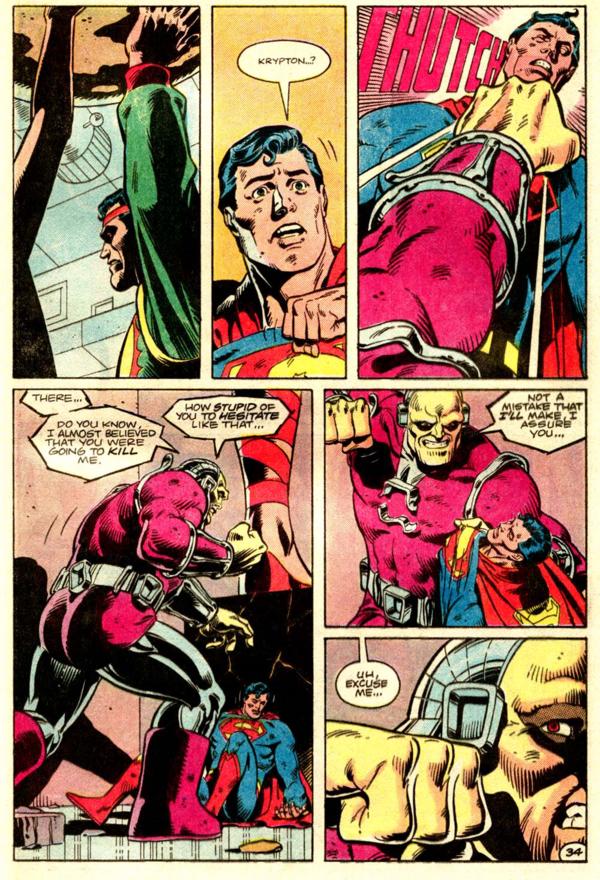 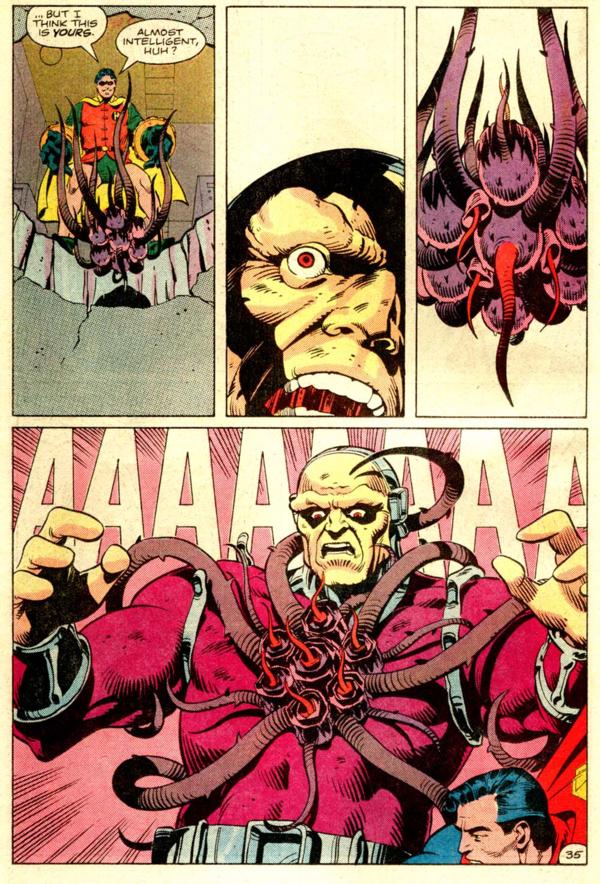 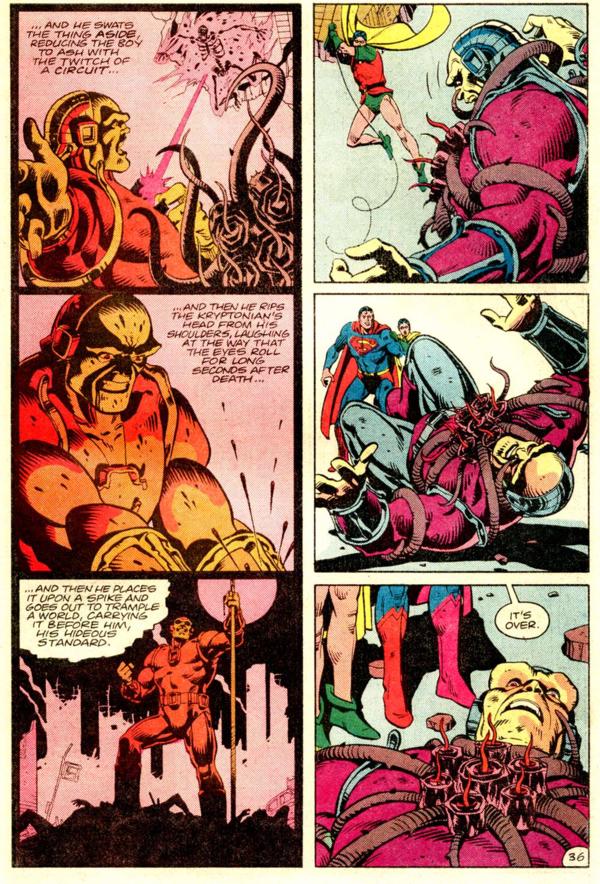 20
What is the difference between Action Comics and Superman? And Detective Comics and Batman?
22
Why would Supergirl be stronger than Superman?
11
Who was the first metahuman in the DC Universe?
14
Why does Superman love Lois Lane?
13
How did the Kents raise a super-baby?
11
Wouldn't this sound kill or seriously maim everyone close to Superman?
2
What are the differences between the pre-crisis Superman and the post-crisis Superman?