Has Daredevil ever accidentally killed anyone?

One of Matt Murdock's key personal rules is that he never kills anyone, even if they deserve it. This plays a big part, for example, in the Netflix series Daredevil, where he struggled over his decision to kill or not kill Kingpin, but this aspect of his hero persona is present in every incarnation I am aware of.

However, he seems to have very little problem beating the hell out of anyone who gets in his way, including people who haven't committed a crime. As badly as he tends to beat people, I can't imagine that not a single one of them has ever died from their injuries.

All it would take was an errant cracked rib puncturing the lungs, or severe internal bleeding, or damage to a kidney or liver. Even worse, Murdock knocks out countless low-level thugs long enough to fight off the rest of their crew, rescue hostages, have long chats with dirty cops, etc. If someone is rendered unconscious via head trauma, and doesn't wake up very quickly (second to minutes), at best they're going to suffer permanent brain damage, and possibly won't ever wake up.

Has there ever been a case where Murdock inflicted lethal injuries on someone, without intending to, and we (or even better, he) found out about it?

(N.B. I'm assuming he has never purposefully killed someone, but if he has, that's not what I'm asking about here.)

Daredevil has had wide array of writers with different takes on the character. While the Daredevil portrayal on Netflix has a strong "Code vs. Killing" the character's comic history is a little less stringent in that regard, depending on his opponents, his mental state and his frustration levels... But given the sensory nature of his powers, it is unlikely he could accidentally harm someone mortally and not be aware of it. 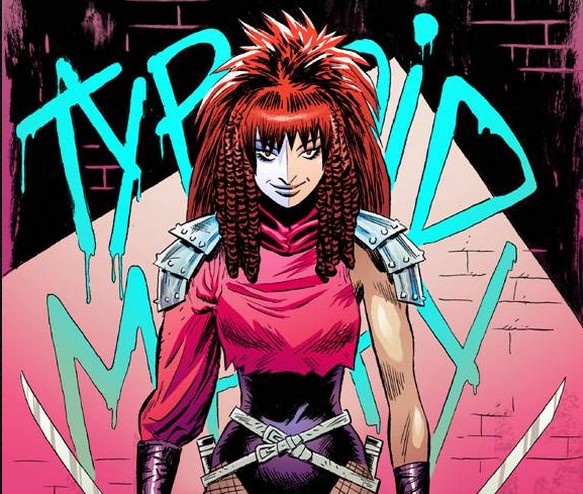 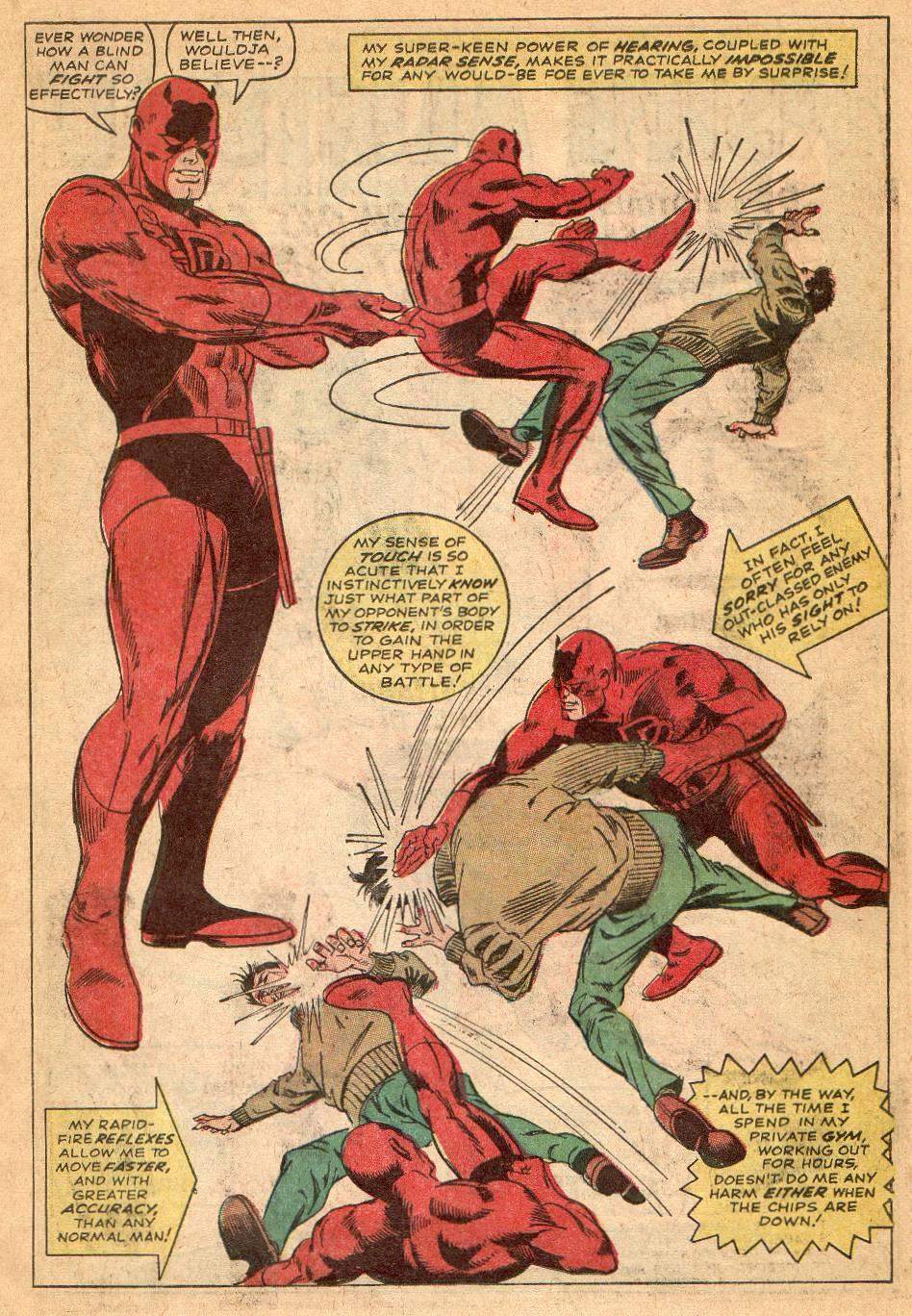 He is generally aware of the physical health of anyone who attacks him and can generally determine what it takes to put that person out of commission. This does not include the traditional "accidental deaths" common in the comic genre. 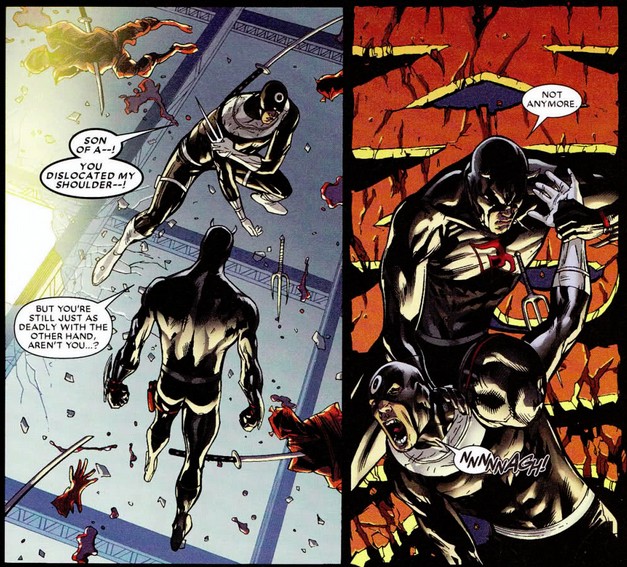 Yes, until it was later retconned that the person had lived. The events in question were the subject of a detailed article just yesterday.

In short, in the Man Without Fear mini-series by Frank Miller and John Romita Jr. Matt accidentally kills a prostitute by knocking her out a window in a panic. That story and later stories in Daredevil issues 347 and 350 made it clear that the woman had definitely died. 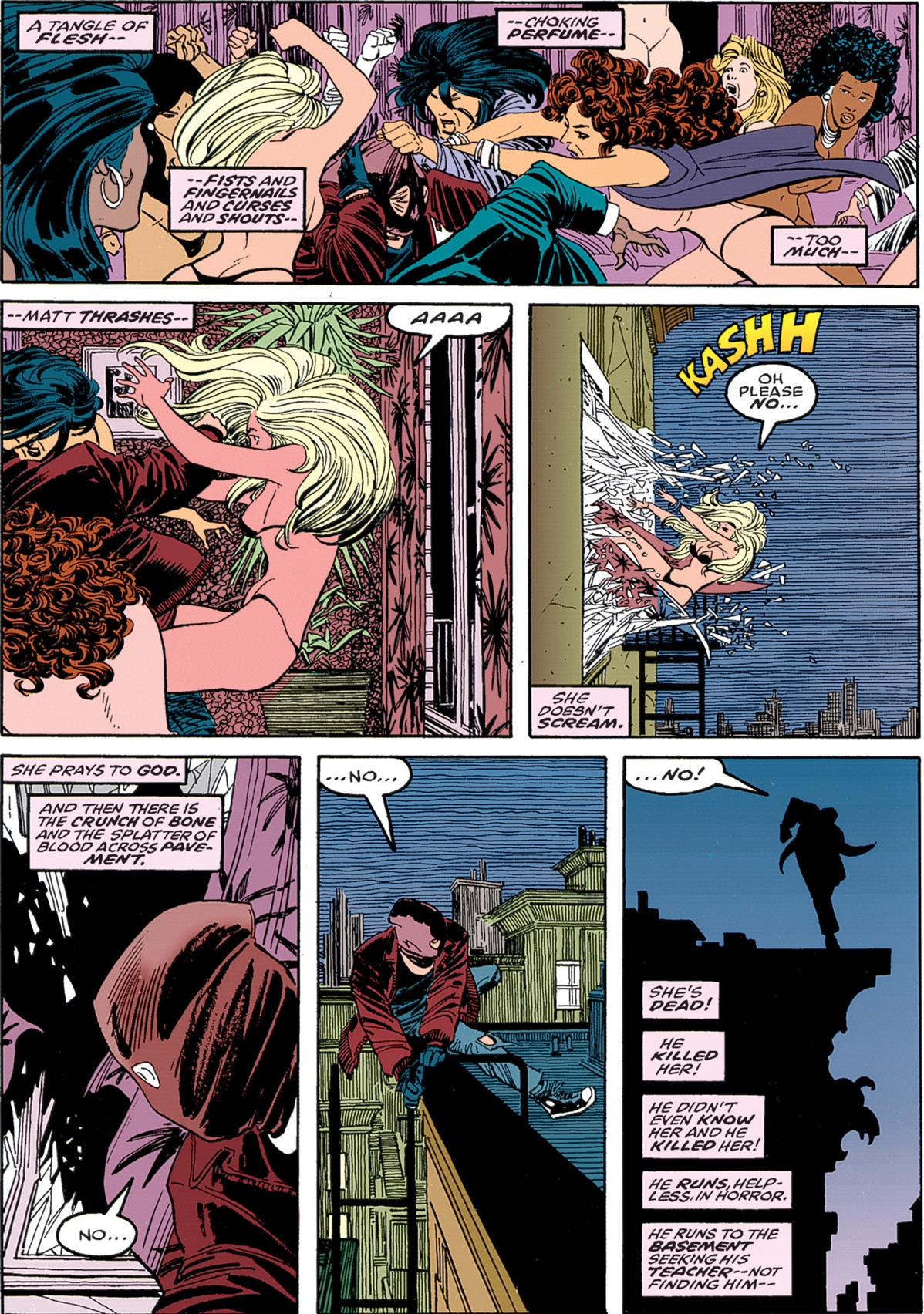 Later, in a crossover with Deadpool, Joe Kelly retconned things to establish that the woman survived and became Typhoid Mary.

From one point of view, yes. In Daredevil #27, Daredevil is trying to break through The Masked Marauder's force field, and accidentally knocks the M.M. into his own device, causing his death. This was later retconned with the device actually being a teleportation machine, but this was a case where he unintentionally caused a death, at least up until the staff at Marvel decided that the guy wasn't dead after all.

I have one instance where Daredevil undoubtedly kills someone. In issue #233, following extremely rough times and a period of unstable mental health (thanks to the Kingpin after he discovered Daredevils secret identity of Matt Murdock), Daredevil fights the supersoldier Nuke. As you can see in the picture below, Nuke's backup helicopter is firing at Daredevil, hits Glori, and so Daredevil uses Nuke's gun to fire a missle at the helicopter. We can presume, without doubt, that the pilot of the helicopter was killed. 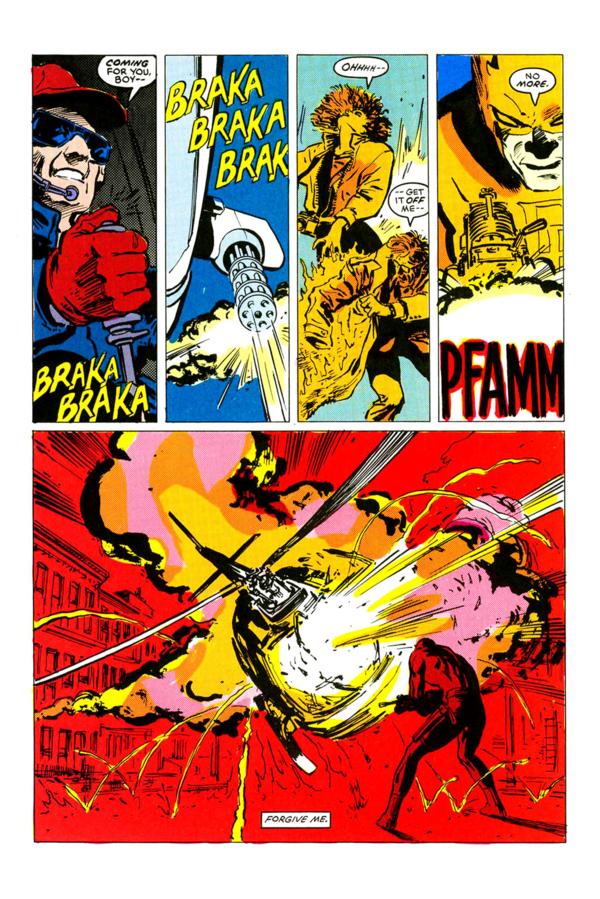