As of Phase 2, what's the status of the original Helicarrier?

After the events of Avengers, S.H.I.E.L.D.'s helicarrier has taken quite a bit of damage. Between the Hulk/Thor battle and the sabotage from Hawkeye's attack, it's taken a beating. However, I don't recall seeing it in Phase 2 (yet, there are 2 more films). Although we do see what more modern helicarriers would look like in Captain America: The Winter Soldier, we don't see the old one in the films or TV series (I don't read the tie-in comics). Is it still around, functional? Does SHIELD still use it?

What's the status of the original helicarrier, post-Avengers?

We see the Helicarrier again in Age of Ultron, and get a hint of what it’s been up to.

When Nick Fury pulls up in the Helicarrier, he says “Nice, right? Pulled her out of mothballs with a couple of old friends. She’s dusty but she’ll do.”

The implication seems to be that the Helicarrier has been in storage since it was damaged in Loki’s attack, and he’s quietly had it patched up and restaffed. (Since some of the original staff are probably HYDRA and/or dead.) The “old friends” include Maria Hill and the SHIELD technician who we last saw standing up to Rumlow in Winter Soldier (I incorrectly said this was Danny Pudi; it’s actually Aaron Himelstein).

Apparently this is something we’re going to learn more about in Agents of SHIELD. In an interview with Slashfilm, Kevin Feige confirmed that we’re going to see more of this:

Now, when Nick Fury goes away and comes back with a Helicarrier, that seems like a big chunk of off screen story. Is that something we might see referenced on SHIELD?

Feige: I think it’s fair to say you could fill in some of those blanks in the coming weeks on Tuesday at 9.

Since it didn’t happen last week, maybe it happens this week. Maybe next. But according to Feige, we’ll get a storyline on the show that’ll cover where Fury goes to get the Helicarrier that he brings in to aid the Avengers in their climactic battle with Ultron.

We see the start of this storyline in Agents of SHIELD s02e20 “Scars”:

At the start of the episode, we see Coulson arriving at a new base, staffed with another of the Koenig brothers. This is what “Theta Protocol” is about: the repairs of the Helicarrier. He is shown to a hangar bay: 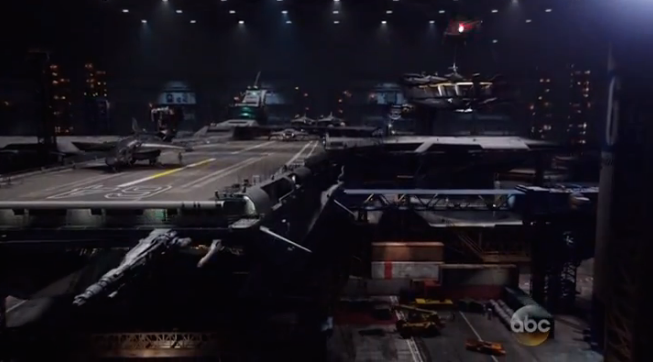 Note the “64” on the deck: this is the original Helicarrier. I believe the cargo in the top-right hand corner is what we see in Age of Ultron, but I’m not sure.

Later, Coulson explains to the rest of new SHIELD that this was a “failsafe” and “completely off the books” (sound familiar?).


There’s no mention of the original Helicarrier in the Age of Ultron prelude comic, nor in any other tie-in materials that I’ve read.

Helicarrier 64 will return for Avengers: Age of Ultron!

In this TV Spot you can see War Machine in an aerial battle. In the background is the Helicarrier, with the 64 on the side.

And here are shots from The Avengers movie. Same number. In contrast, the project Insight carriers where IN-01, IN-02, and IN-03. 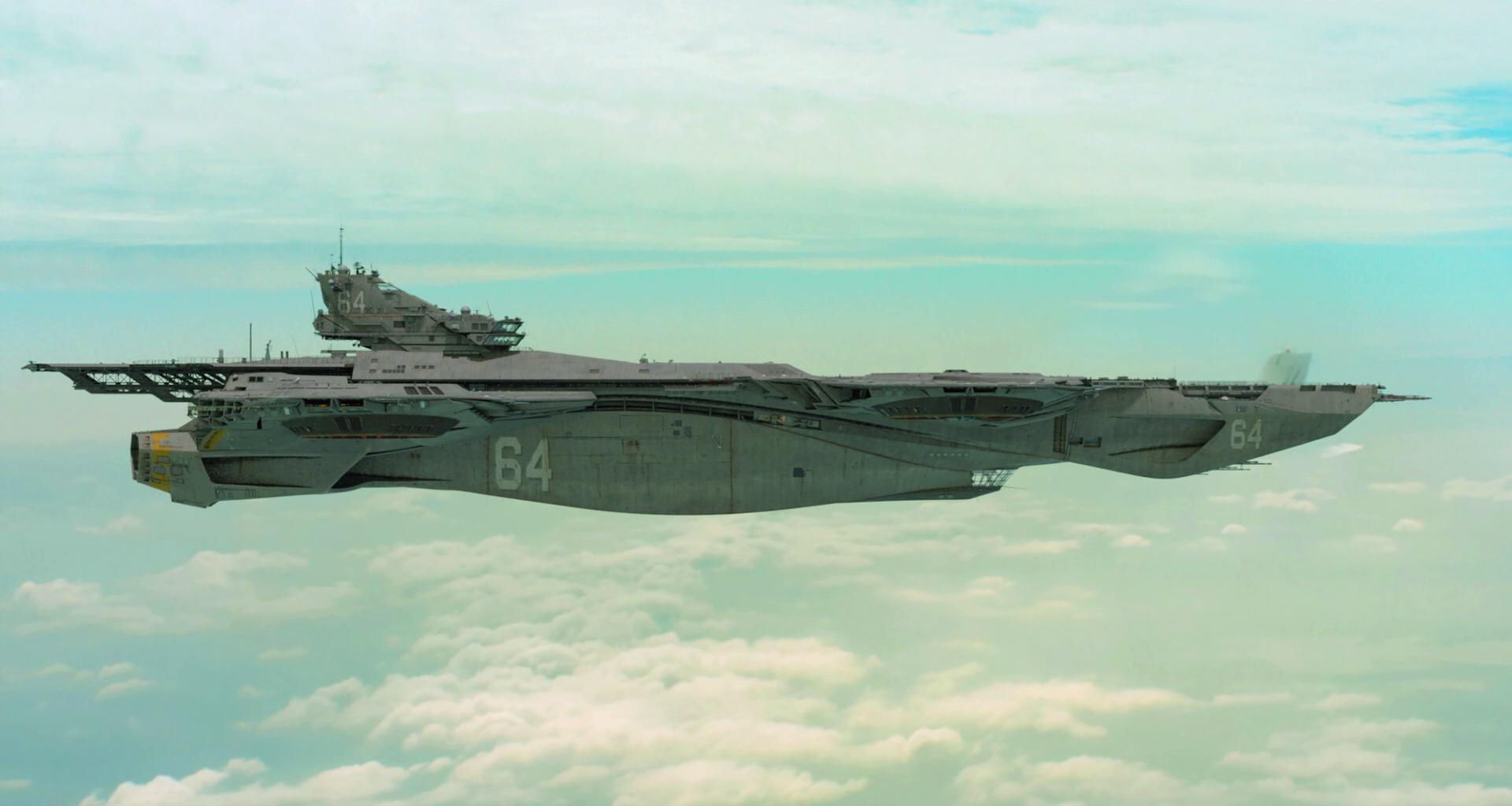 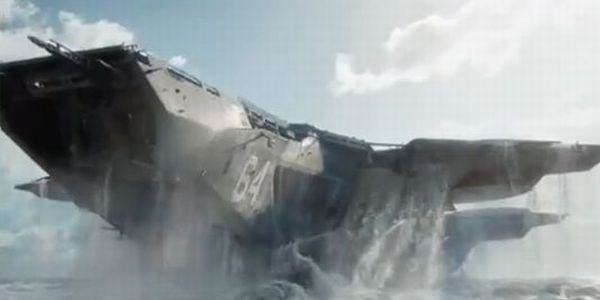 15
Could HYDRA have killed Bruce Banner?
8
What Marvel movies foreshadow Avengers: Age of Ultron?
10
Is the film line up of The Avengers taken from the comics?
12
How does Zola end up like this in The Winter Soldier?
38
Which MCU movies are essential background for Civil War?
3
What were Nick Fury and Maria Hill up to during Civil War?
5
Which characters are dead in the MCU as of Guardians of the Galaxy 2?
10
Is there an inconsistency about Natasha Romanoff's middle name in the MCU?