What is the powersource of the Avenger's Helicarrier?

In The Avengers, SHIELD owns a massive air-borne aircraft carrier (called the Helicarrier). Is the power source for this massive vehicle known and if yes, what is it?

Officially, there are no useful schematics or power specifications mentioned for the SHIELD Helicarriers. 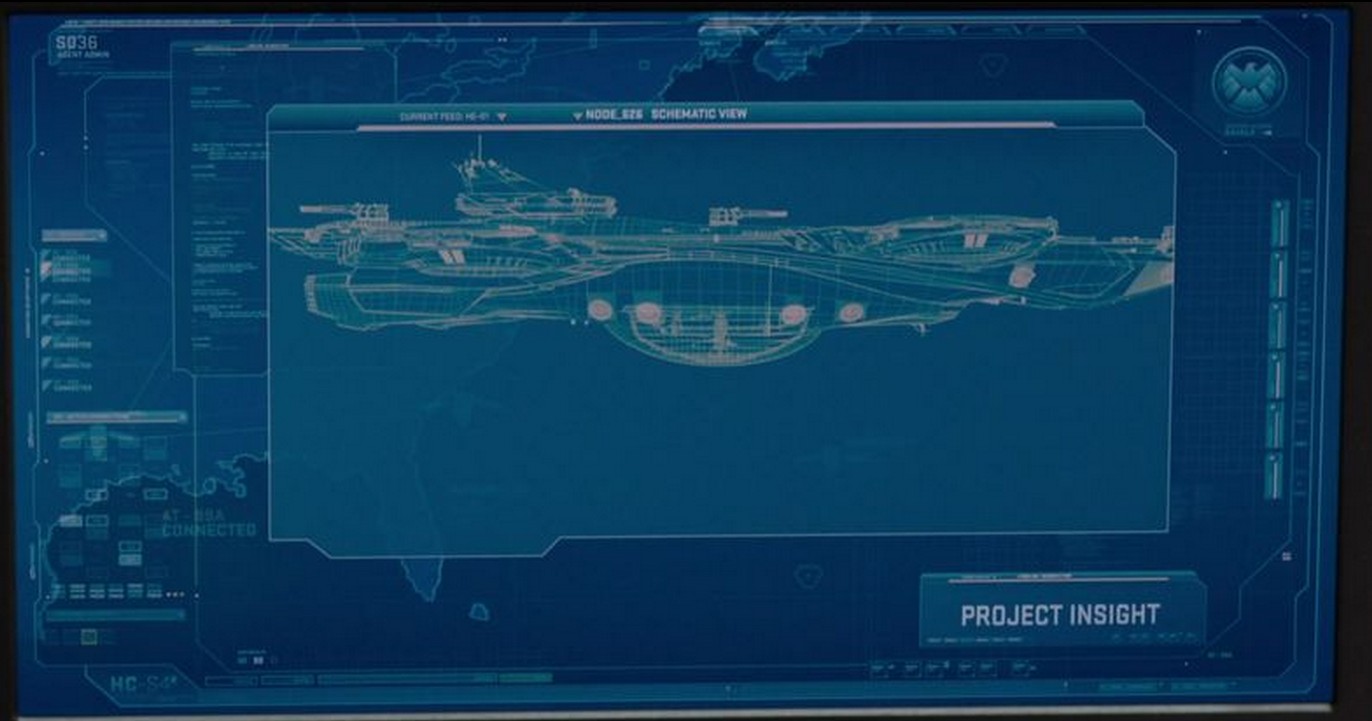 This schematic is for one of the Insight Carriers taken from a terminal inside SHIELD. Note the lack of useful information internal information.

Unofficially, since we are left with nothing but speculation, we can make only some assumptions about the potential power sources of the Helicarriers. 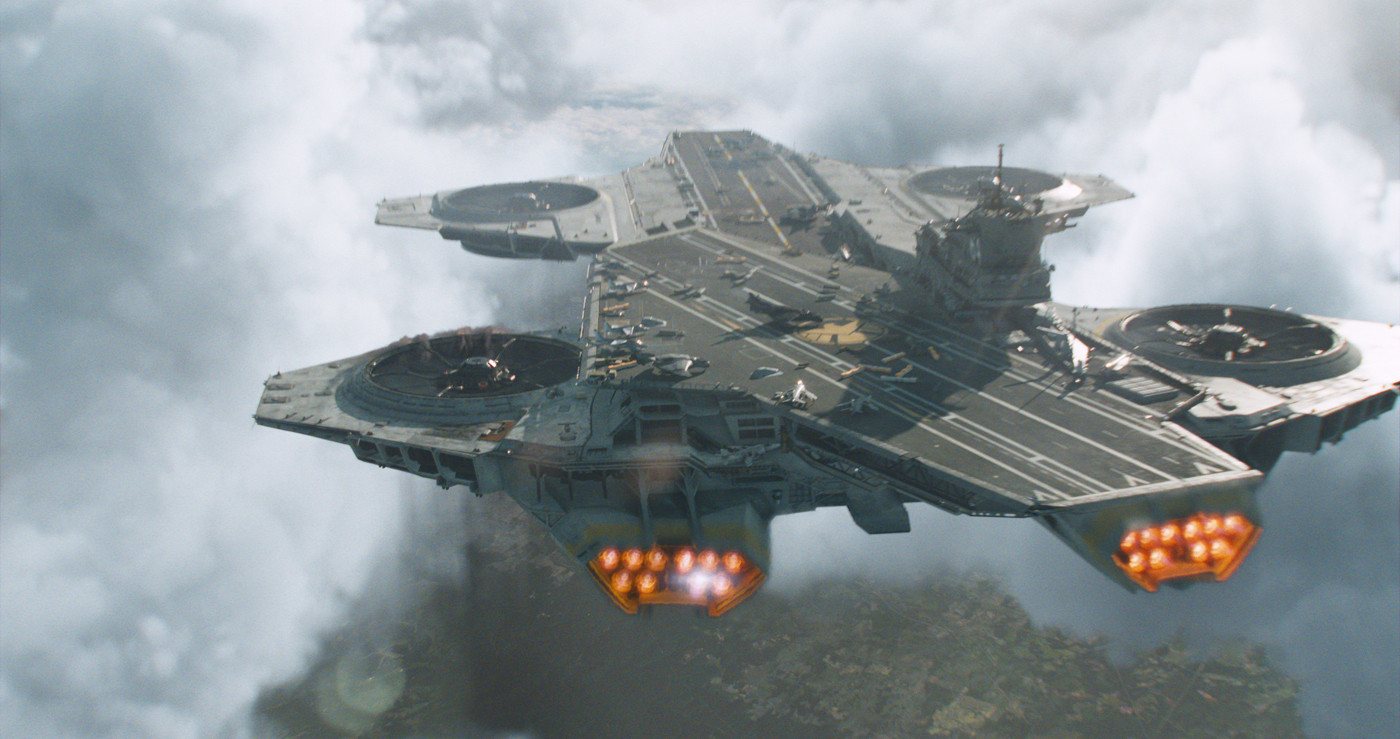 Unofficially, there is one blueprint for the early comic versions of the Helicarrier. This schematic implied there are nuclear-powered engines onboard, which makes sense since the mass of the Helicarrier would make it impossible to power with any form of commonly used liquid propulsion: 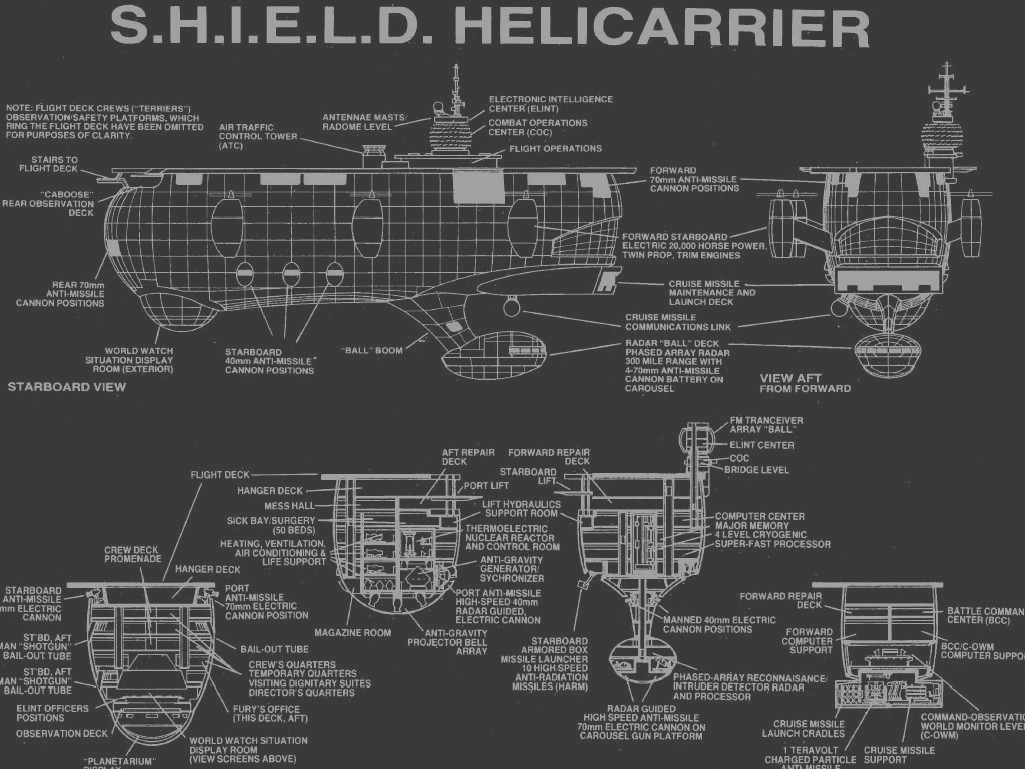 19
Why did Thor's hammer take time to return from the Helicarrier?
2
What material is the holding container aboard the helicarrier made of?
2
What Happened in the Triskelion after Captain America smashed it with the Helicarrier
7
As of Phase 2, what's the status of the original Helicarrier?
9
What happened to Helicarrier no. 64 following the events of Avengers: Age of Ultron?
3
How did Loki regain the Scepter on the helicarrier?
1
How does the MCU Helicarrier get aircraft back to the hangar?