How do people carry things in Star Trek TNG?

In cast interviews, I remember a montage of everyone saying "pockets". The uniforms don't have them.

On away missions, I think Crusher put her tricorder "away" on occasion, and other than someone who will be operating a single instrument for the duration (so no need to put it down), personnel will general have several items, such as the ubiquitous tricorder, some geology tools, local currency if applicable, collected samples; not to mention tissues, water, and snacks. Flashlights were in-hand if exploring a cave, but where were they stowed otherwise?

In addition, the com badges might actually be general purpose machines (or at least act as a thin terminal to a computer brought down with the group), they don't have displays like my smartphone.

In-universe, they don't need ID and paperwork other than their badges... but if on a civilized non-federation world or nation therof, maybe they do need to carry ID and permits.

I seem to recall phasers having a belt holster of some kind but it's not conspicuous enough that I remember any fashion about it.

So, are there any recolections or screen grabs of packs, messenger bags, utility belts, etc.? At ComicCon fanexpo (Dallas), I want to prepare something that is practical for actual use, has canon precedent (preferred), or at least looks like it belongs.

My current idea is to use a modular belt system as sold for photograpy. 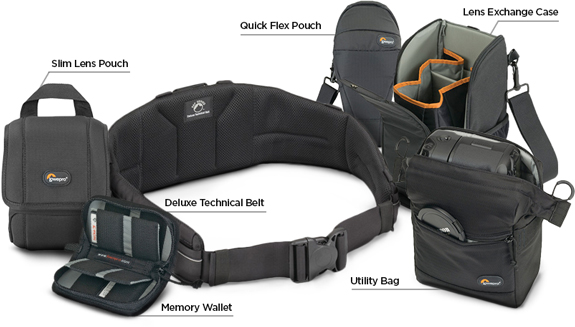 There is some overlap between the "camera bag" kit at military kit, with some kind of standard velcro mounting from the latter making inroads in the former. But light-duity and black nylon is typical of camera belt-bags, and I can use stuff with more conventional outings as well, justifying more budget.

Some kind of mods to make it look more in-universe, and changing the branding into livery...?

(I do in fact want to carry a good camera, so need pack space for that)

Or is there some other type of satchel, messenger bag, or whatnot that is a better idea?

There's no evidence that Starfleet uniforms in TNG have pockets. Generally speaking, handheld equipment for away missions (phasers, tricorders) was stowed in fitted pouches. The below screenshot (from the episode "Timescape", shows them from a bunch of angles: 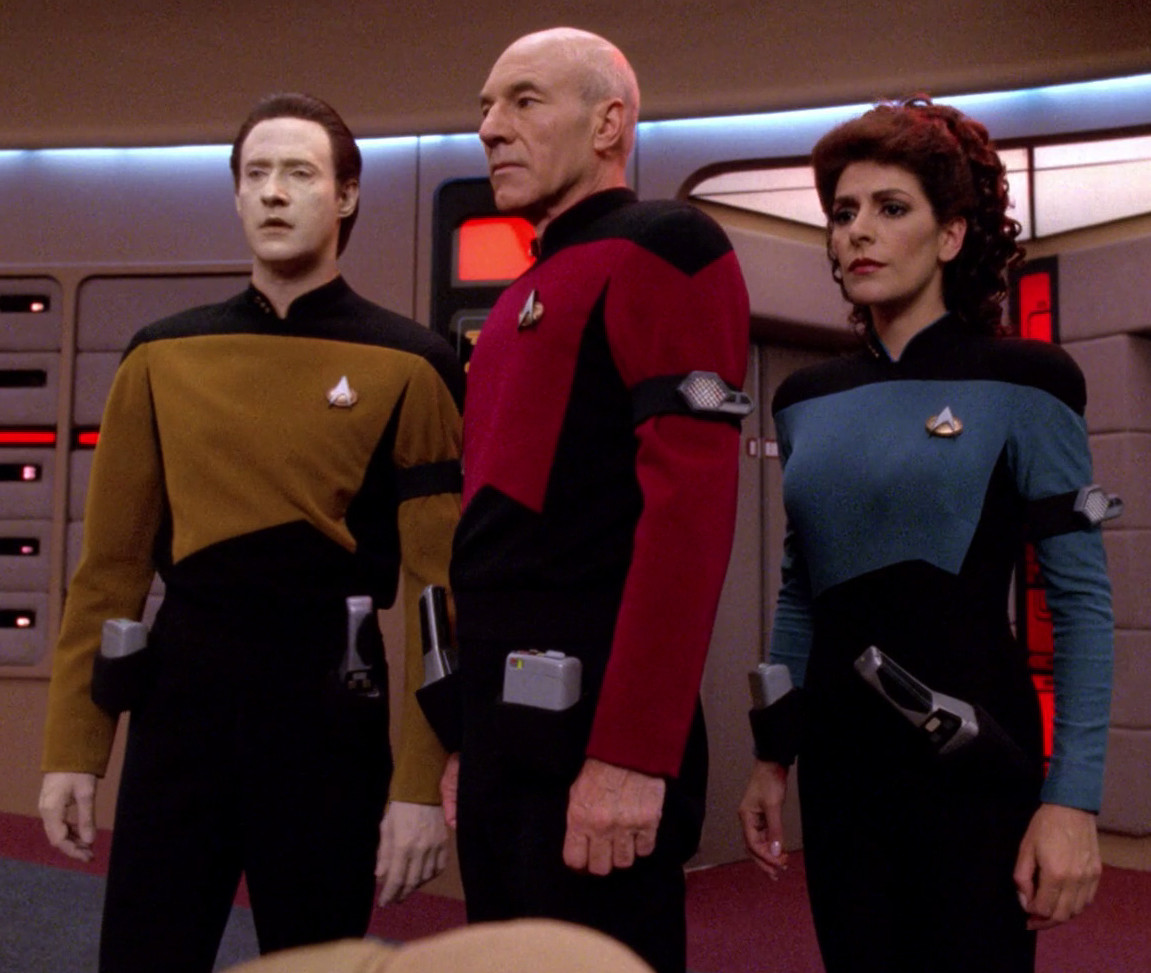 It's a little hard to see (likely by design), but the pouches and uniform seem to be separate components of a modular belt system much like the one shown in the question; they seem to be attached to the uniform's hip with Space-velcro.

However, some outwear appears to have pockets; Ellesedil points out in comments that Doctor Crusher's labcoat is sometimes shown to have pockets, as in this screenshot from "The Inner Light": 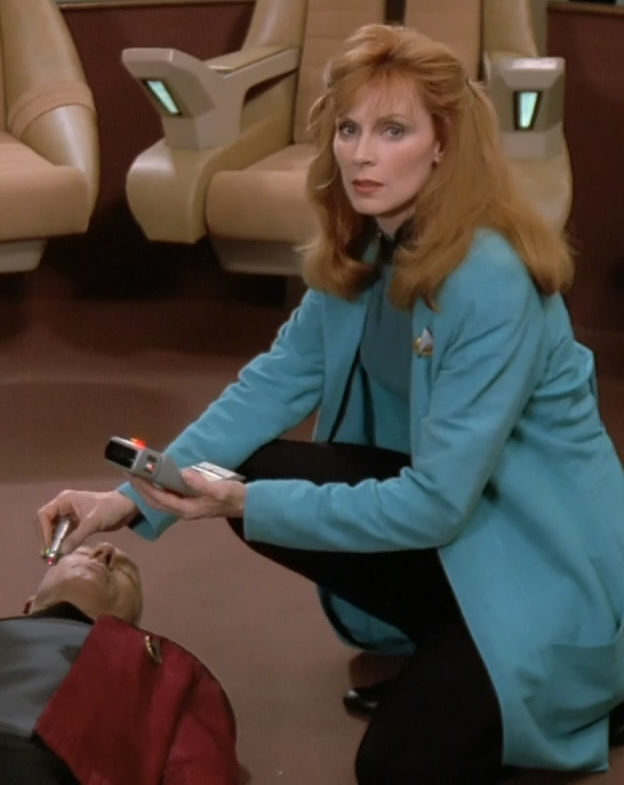 Similarly, B'Elanna Torres often wore an overcoat with a breast pocket in Voyager's later seasons, where she would store small hand tools: 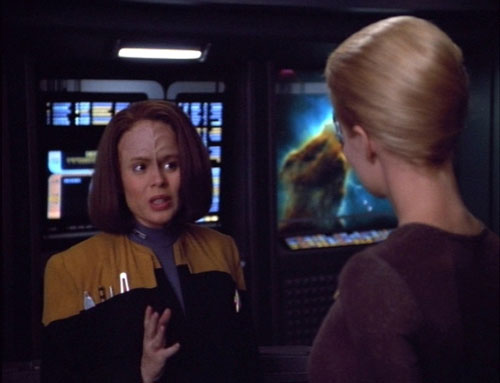 We occasionally see redshirts1 carrying scientific equipment in large crates, for example, but we also sometimes see Doctor Crusher with a portable medical kit (from "Skin of Evil":

Later variants of the medkit may be more amenable to conning. The two pictured below are from Voyager ("The Gift") rather than TNG, but it's all the same era in the Trek universe:

Since I've broken from TNG anyway, O'Brien's toolbox from DS9 is also worth a mention: 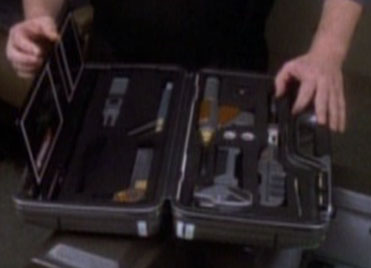 Thomas W. points out in comments that there's precedent for backpacks in the Star Trek universe, as seen on DS9 (thanks to Mr. Bultitude for the picture): 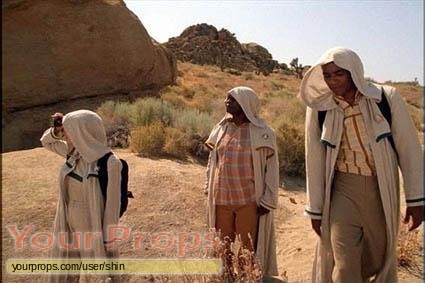 However, I'm not sure how far they'd fit into a Starfleet costume. Your mileage may vary.

In the realm of over-the-shoulder bags, I haven't been able to find any screenshots from episodes. However, a 24th century carry case prop was sold in an It's a Wrap auction in 2007: 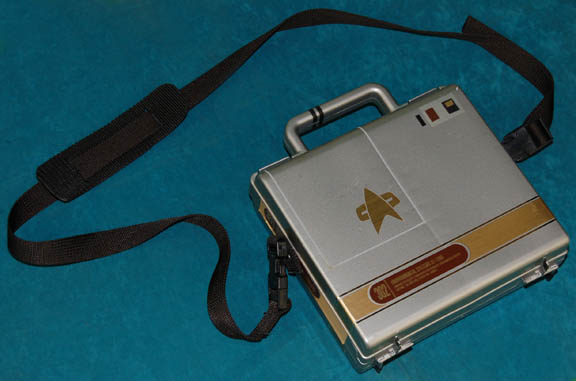 So we still have shoulder straps in the future. Which is nice.

1 Are they still redshirts in TNG, or do we have to call them goldshirts?

This was the first thing that popped into my head, and Jason Baker's otherwise comprehensive answer missed it. When crew members were going on shore leave, personal items were frequently carried in rather silly cylindrical hard-shell cases: 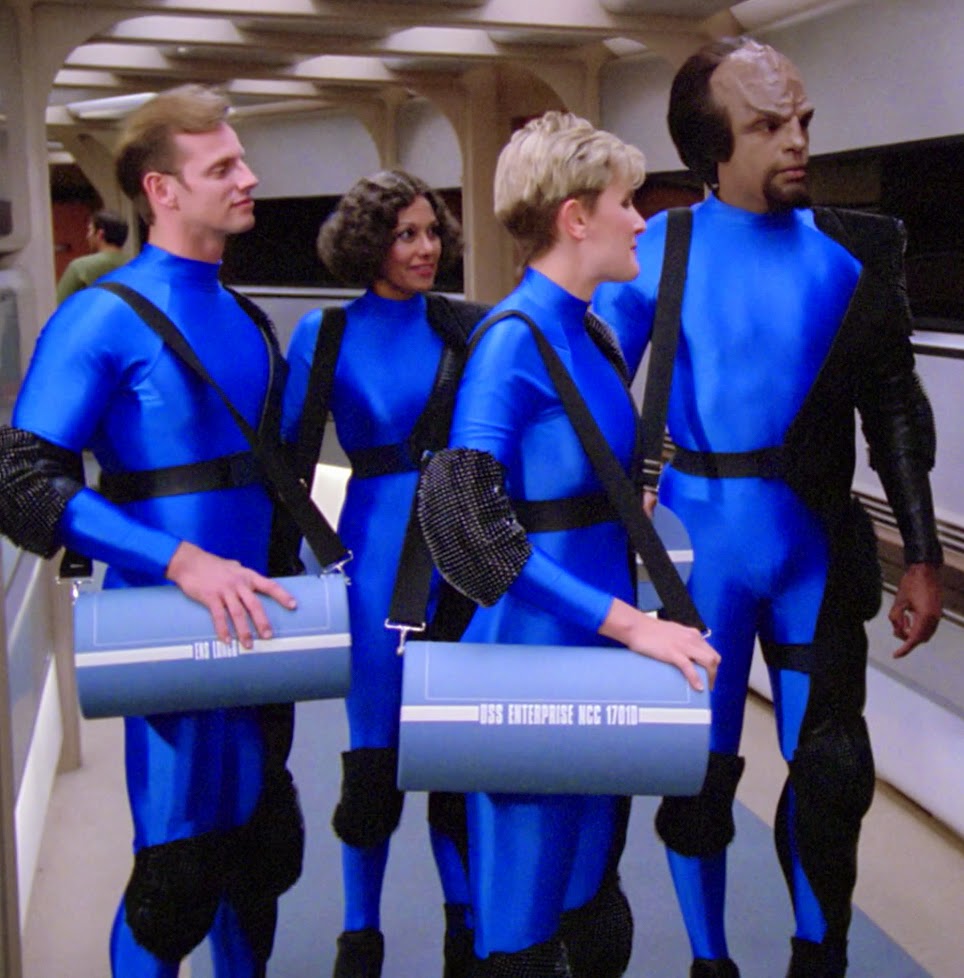 I don't know how practical you consider this for carrying around a con. It doesn't look very comfortable.

Not the answer you're looking for? Browse other questions tagged star-trek star-trek-tng costume star-trek-uniforms props or ask your own question.

7
Which Starfleet uniforms have pockets?