Is there a name for era(s) between Old Republic in KOTOR and Clone Wars?

Are there named eras between the time of Old Republic described in KOTOR and Old Republic MMO; and Clone Wars era? If so, what bundles of EU material cover them (the way NJO books cover that era, or Legacy and Downfall books the Legacy era?)

According to Wookieepedia, the time period between Knights of The Old Republic and The Phantom Menace overlaps with four broad periods of Galactic History:

This period is dominated by conflicts with various Sith Lords (hence the name), and opens with the events of the Tales of the Jedi comic series. Knights of the Old Republic picks up at the tail end of this period, with the main story of the first game starting in 3956 BBY.

The events of SW:TOR occur entirely within this period; although we don't know exactly when the game will end, it's probably safe to assume that it won't last for two thousand years. The most recent TOR expansion, Shadow of Revan, takes place in 3640 BBY.

There's very little fiction that takes place during this period; most of the information we have on it comes from The Essential Atlas, which was intended to be a definitive source for planetary information. Some information can also be found in material related to The Old Republic MMO, especially in-game codex entries.

This period coincides almost entirely with the New Sith Wars, and the last century of this period is sometimes called the Republic Dark Age.

Once again, there's very little fiction set in this period. Most information comes from Essential guides and RPG sourcebooks.

Also sometimes called the Great Peace of the Republic, Wookieepedia technically calls this the "Fall of the Republic/Rise of the Empire Period." In-universe, this period begins with the Ruusan Reformation, a structural reorganization of the Jedi Order, and the Republic itself to a lesser extent, so significant that it became year 0 in the (in-universe) Galactic calendar. The first 700 or so years of this period is also called the Golden Age of the Old Republic.

The above lists of works are incomplete by design. If you're interested in a more complete list of works, Wookieepedia has a helpful timeline of Legends media

1 Dates in Legends are typically based around the Battle of Yavin, the climactic battle in A New Hope, which is 0 ABY; BBY and ABY mean exactly what you'd expect them to

Not sure about named eras, but there's the battle of Ruusan/rise of Darth Bane, covered in the Darth Bane trilogy. It occurs 1000 years before the clone wars, so 2000 after the period covered in the Old Republic game. Introduces the sith 'rule of two', setting the stage somewhat for Sidious' rise to power 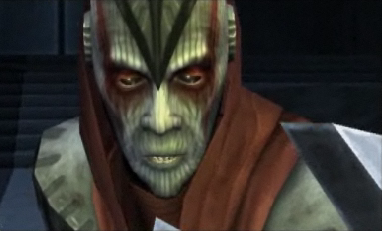 However, not only is this no longer considered canon due to the legends rebrand, it was also very flimsy from its inception. Its only reference is a databank entry in the Wii and Playstation 2 versions of The Force Unleashed.

However, the New Sith Wars mark the transition period between what (in legends material) is considered the Old Republic era and what is called the Rise of the Empire era.

A reference to mark the transition (more of a discrete event) is the Ruusan Reformation. This is the legends explanation to Chancellor Palpatine's remarks in Episode II.

"I will not let this Republic that has stood for a thousand years be split in two. My negotiations will not fail." - Chancellor Palpatine

Not the answer you're looking for? Browse other questions tagged star-wars star-wars-legends star-wars-the-old-republic or ask your own question.

2
What are the sequels/prequels to X-Wing book series?
5
The Clone Wars mentions of Old Republic
0
Who is the voice actor of Grataa in Star Wars: the Old Republic?
26
Why did nobody know about the Sith Empire?
19
Were the Jedi ever publicly accused of exploiting the clones?
5
Were man-portable area deflector shields used in the Clone Wars?
8
Why there is so little technological progress between times of Old Republic and Star Wars?
4
Has there ever been talks of making a movie based on The Old Republic?
9
How does education work in the Star Wars galaxy?