What makes this character worthy to lift Thor's hammer, Mjolnir?

Ask Question
Asked 7 years, 3 months ago
Modified 5 years, 5 months ago
Viewed 72k times
34
Want to improve this post? Provide detailed answers to this question, including citations and an explanation of why your answer is correct. Answers without enough detail may be edited or deleted.

Vision casually passes Thor his hammer without even straining.

I think there was a gasp from the cinema audience at this point, I'm quite confident this was not in the comics.

Why is this character deemed worthy to lift Mjolnir?

Which is it it, or is it another option?

SPOILERS - In small print on the side of Mjolnir - "Worthiness lifting requirements may be waived in the event of a sentient machine operator. No powers included."

Whedon On Avengers: Age Of Ultron Moment Where Thor Trusts The Vision

"That came from a 'Do you know what would be cool?' moment. It’s the cheer moment of the film. And what’s great is that, like the Hawkeye thing, we’d set it up – we’d unknowingly set it up, just by having that ['Who is worthy enough to Mjolnir?'] sequence, then with Quicksilver as well, trying to grab it and it throws him off. Both of those things were in the script before I came up with the idea of [the Vision lifting Mjolnir].

I had done something similar in an episode of Angel, where I needed you to know someone was telling the truth. It was, very simply, Angel saying, 'He hates it if you ask questions, he can’t lie.' So, you just accept that.

So on the one hand, I want them all to trust each other and go into battle not as a coherent group, but when they finally all show up at the church, they really do come together for the first time.

On the other hand, I need them to take this guy with them, and I need something to say, 'All right, we’re off!' And that really does answer a lot of questions. It was so much fun and so cute. Chris added the 'Nice work!' as he walked by Tony, by the way."

The Vision is an android, a sentient machine.. There has already been precedent in the Marvel Universe for androids, who are NOT alive, to be able to pick up Thor's hammer. See: Awesome Android. This loophole does not allow them to wield any of its powers, however, since the hammer essentially does not register them at all. Picking up Mjolnir and wielding its powers are two different things! 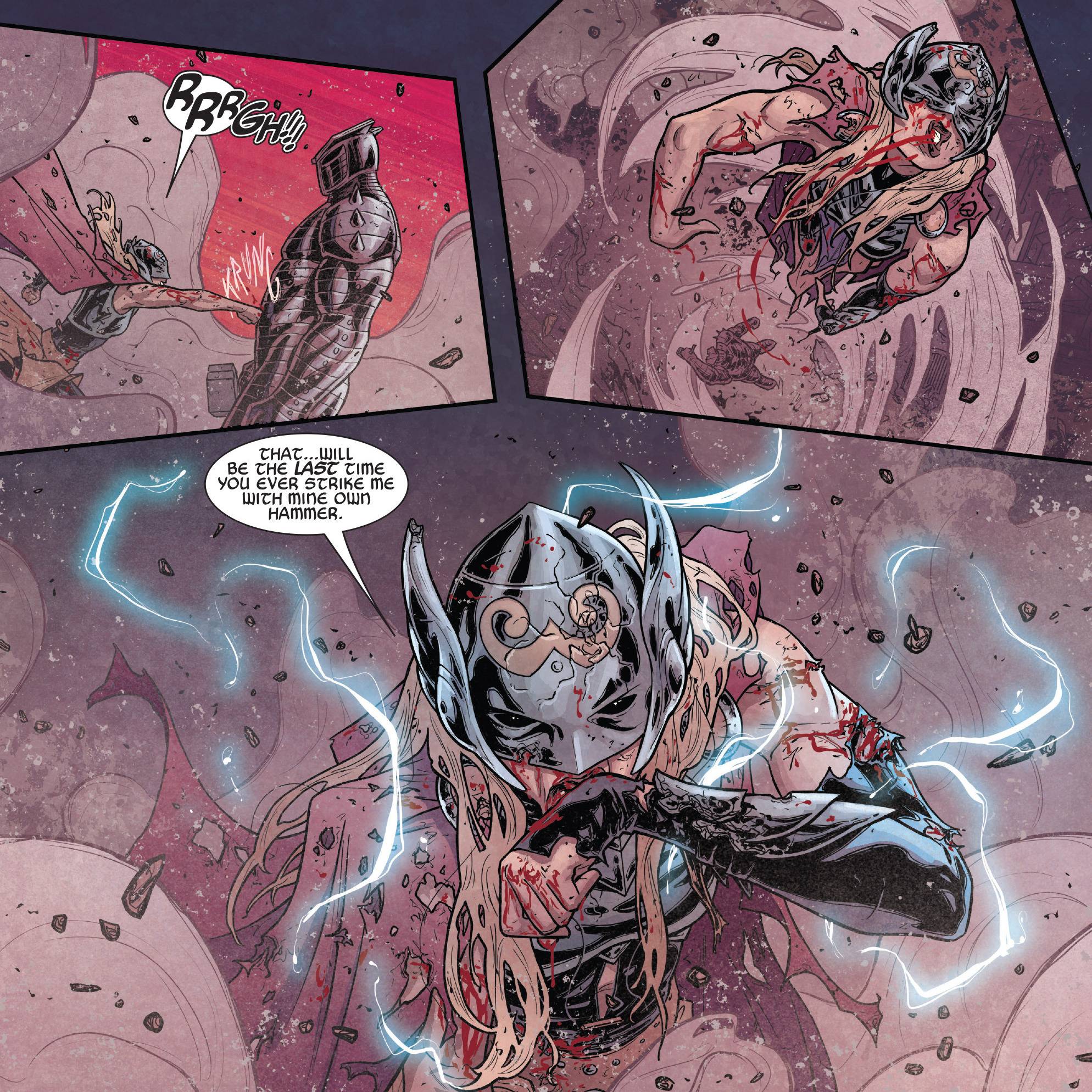 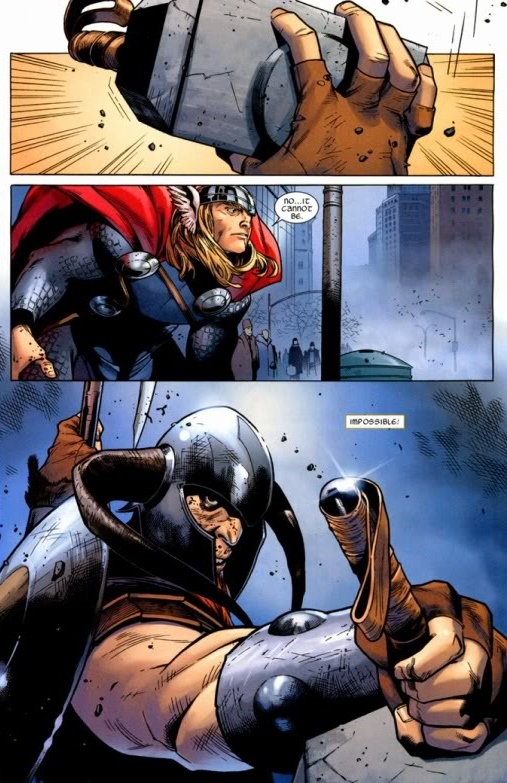 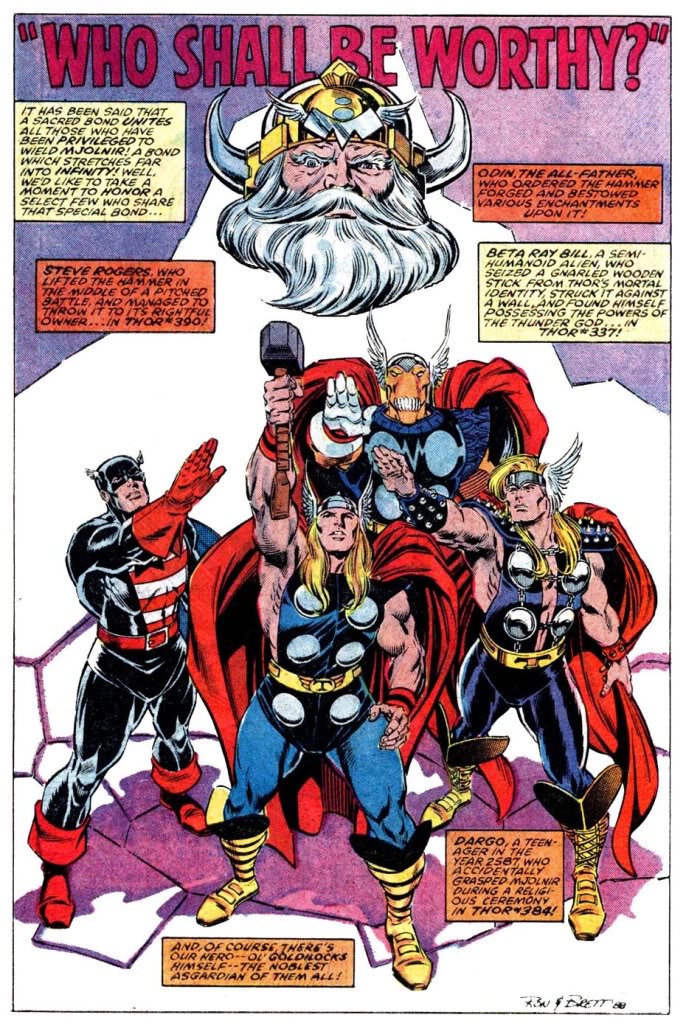 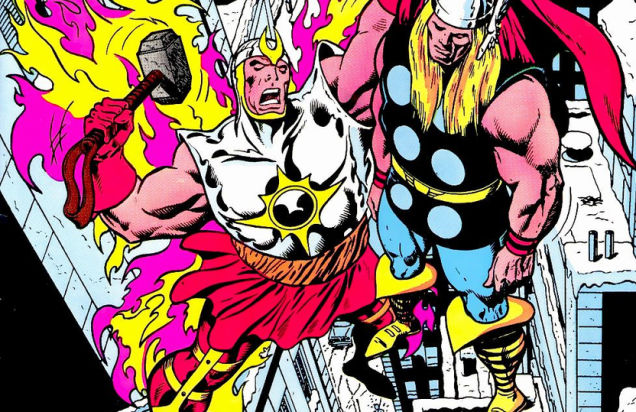 The verification of qualification of worthiness with Mjolnir is simple. If you can't summon a storm, throw lightning, or use Mjolnir to fly, you are likely a machine just moving Mjolnir from one place to another and trying to look cool doing it. 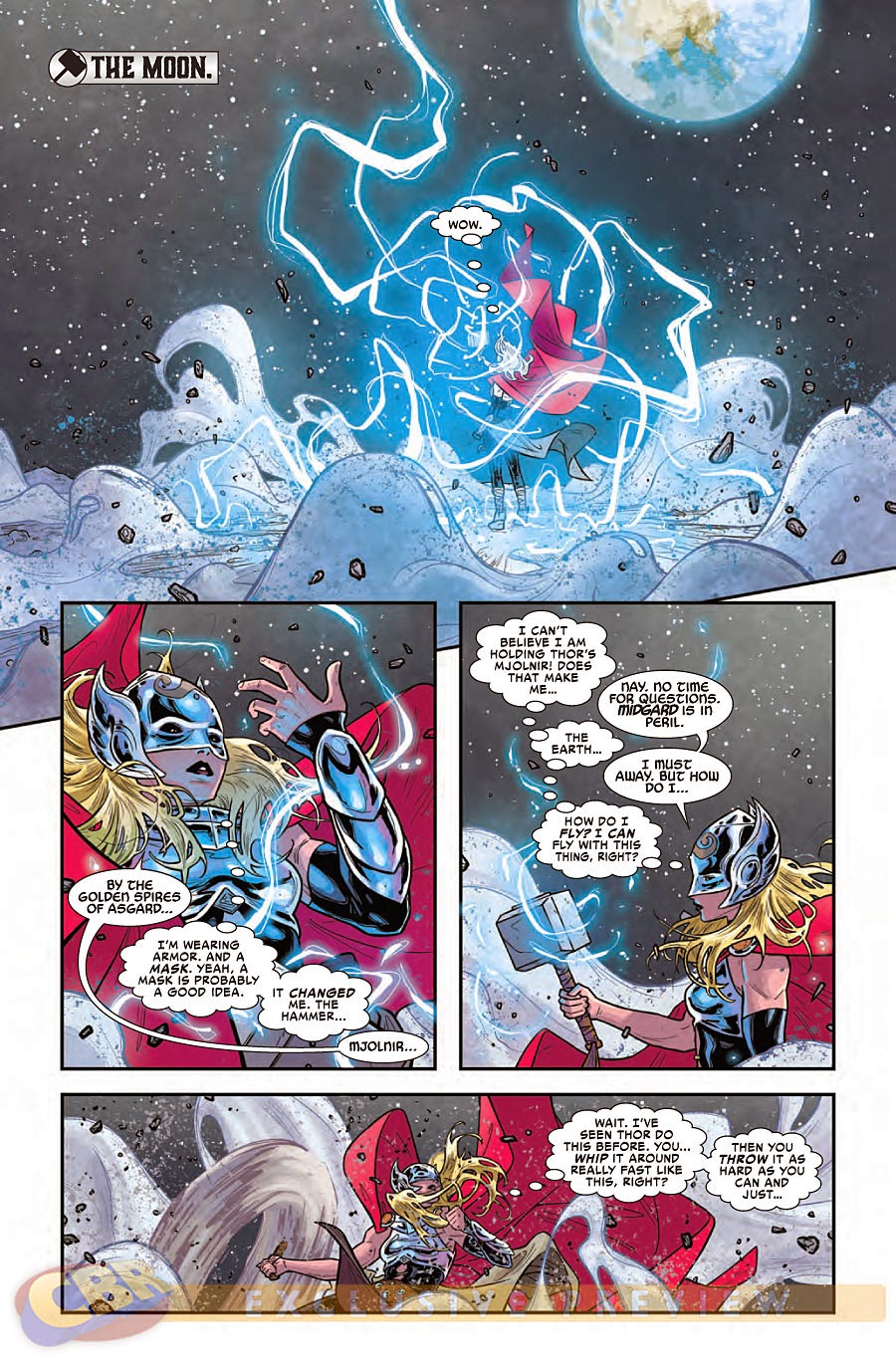 Yes, when you have the power of Thor, you look something like this. So, she clearly qualifies.

We don't know, but we can speculate. Based on the context, the most likely explanation is that

The Vision is completely pure of character, having recently been born with no opportunity yet to become corrupted or un-worthy. Like a newborn baby, at no point in his life has he experienced anger, deceit, selfishness, or any other "un-worthy" emotion. Unlike a child, however, he has an understanding of right and wrong, and has chosen to help The Avengers defend the innocent - perhaps even to the point of sacrificing himself.

Then again, we still don't have a complete understanding of what makes someone worthy. However, this theory is supported by dialogue in the film - in fact, it's the dialogue immediately preceding the event in question:

CAPTAIN AMERICA: Are you? On our side?

VISION: It's not that simple. (pause) I'm on the side of life. Ultron is not.

This seems to indicate that The Vision does not see the struggle as "Avengers vs. Ultron", but rather as "Life vs. Death" - the purest of conflicts, with no room for moral ambiguity or variables. As such, his motive is equally as pure - to protect life.

The second prevailing theory - and one that may be supported by dialogue in the movie - is that The Vision can pick up Mjolnir due to his nature as an android. This is implied by Steve and Tony near the end of the movie, with the following dialogue:

THOR: He can lift the hammer, he can keep the Mind Stone. It will be safe with him.

STEVE: What about an elevator? If you put the hammer in an elevator...

THOR: Ah (laughs) I will miss our talks.

On the other hand, that first line by Thor would seem to support the first theory. Thor seems to imply that The Vision is a worthy protector of the gem because of his character... not because of his nature as an android. As it is, we are left to guess.

Perhaps Vision is just THAT purehearted. Captain America managed to budge it slightly, and Vision seems a lot more chill, accepting, and considerate. He even regrets having to destroy Ultron despite his obvious amorality and genocidal tendencies, where nobody else really does. He's kind of a really zen all-loving paragon from what I could tell.

The actual quote/enchantment is Whosoever holds this hammer, if he be worthy, shall possess the power of Thor.

We see Vision holding and wielding the hammer, but he never actually uses any of Thor's powers (lightning etc.)

This led me to believe that he isn't considered worthy to use it.

Besides, it isn't Thor who decides who is worthy (as shown from the first movie. He thought he was worthy, but couldn't lift it until he showed he was worthy), so the Hammer itself decides.

The rest of the other explanations give good enough reason for why he can lift it though, and I will summarize the possible reasons below.

In the final scenes, when Thor, Tony and Steve are discussing how Mjolnir works (but it can go up in an elevator!) I think it could be a similar thing happening. The Vision isn't really a person being considered worthy, he is an android. He can simply move the hammer around, like it is being moved in an elevator.

Whether the Hammer understood that it was its own powers that allowed the creation of Vision, or something resonated between it and the Infinity Stone, he may be allowed to lift it without actually using its powers.

Vision is worthy (in the eyes of Odin's enchantment).

Proof from the movie:

The original plan was taking the yellow mind stone to Asgard, but in the end Thor himself said that Vision was worthy so he could let him keep the Infinity Stone. This proves the point.

A side note: Thor's lightning just provided power to the system. A moment ago, Quicksilver unplugged power cables from the system.

Overall I would say that it's a matter of character and honor. Thor became worthy when he was willing to sacrifice himself for his friends and the humans. So like Christ, once he died and came back, he was then worthy of those great powers, or in Christ's sake, to become eventual King of the world and universe at His second coming.

This attitude is also why Captain America was also able to wield Mjolnor and I believe that I read somewhere that Superman was also the only other person worthy and honorable enough to be able to wield the hammer.

Not the answer you're looking for? Browse other questions tagged marvel-cinematic-universe avengers marvel avengers-age-of-ultron magical-items or ask your own question.

5
Is Vision really worthy?
3
What is the "power of Thor"?
82
Why was Thor worthy to lift Mjolnir?
53
How does Mjolnir determine 'worth'?
12
Can an inanimate thing lift Mjolnir?
3
What characters from the Marvel Classic Comic Universe are known to have lifted Mjolnir?

53
How does Mjolnir determine 'worth'?
54
Can Thor's hammer be wielded by anyone in outer space?
39
Can Magneto Lift Thor's Hammer?
26
How much would Thor's hammer (Mjolnir) weigh?
17
Does being worthy negate the weight of Mjolnir?
2
How is Thor's hammer imprinted?
82
Why was Thor worthy to lift Mjolnir?
22
How many people can lift Thor's hammer?