Thanks to the super-soldier serum, Steve Rogers has greatly increased physical abilities, often described as being at the peak of human potential. Going along with this is usually the statement that he doesn't have superpowers or superhuman abilities. Both Wikipedia and the Marvel Wikia say that Captain America has "no superhuman powers". His official Marvel Power Grid gives him a strength rating of 3 ("peak human") and a speed rating of 2 ("normal"), both one point below "superhuman", which is consistent with this description.

His actions, however, seem to contradict this.

For example, he can run a mile in 73 seconds (1:13). That's about three times faster than the current world record, and even outpaces a champion thoroughbred. If the rules allowed it, Captain America could win the Kentucy Derby without a horse.

His strength is a little harder to measure. Wikipedia says that he can bench-press 1200 pounds, which again surpasses the world record, but not by nearly as much. His MCU incarnation is shown, in The Avengers, punching a heavy bag off its hanger and across the room, and replacing it with no visible effort. He is also able to pry open a door on the Helicarrier with his bare hands. In Agents of Shield, Mike Peterson pushes a bulldozer across a football field, and is told that he didn't do it as fast as Captain America.

Steve Rogers is said to be at peak human potential and not superhuman, but he is shown doing things that no ordinary human could do, no matter how much they trained. So, is he super-human or not?

It would depend on who you ask. Captain America has always been listed as the Pinnacle of Human Evolution. The concept of Peak Human would be considered superhuman to anyone who wasn't. If you had a person who was an Olympic level athlete IN EVERY SPORT POSSIBLE, he would appear to be an awe-inspiring superhuman even to those people who were already Olympic athletes because of his breadth of abilities. 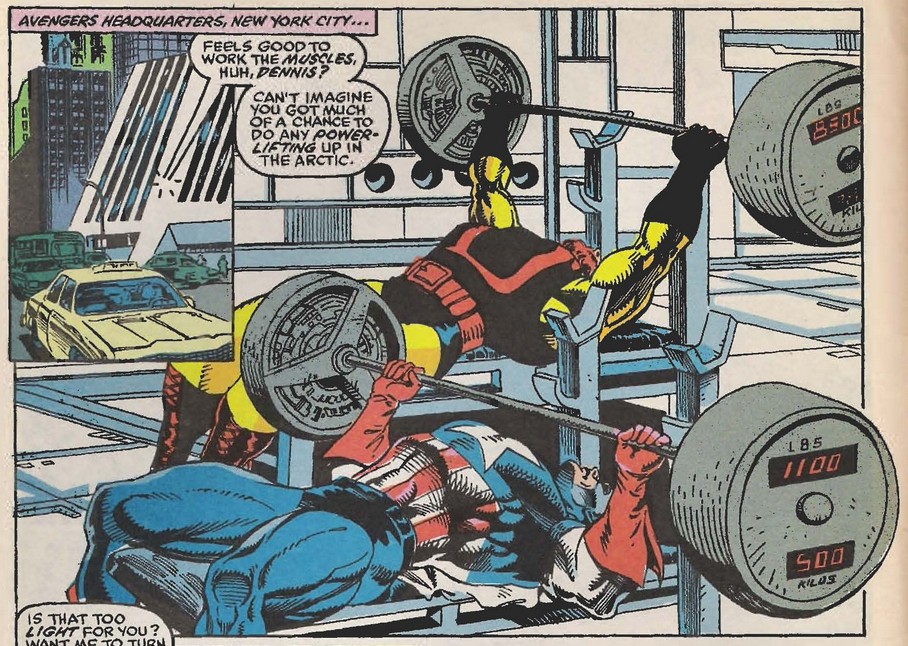 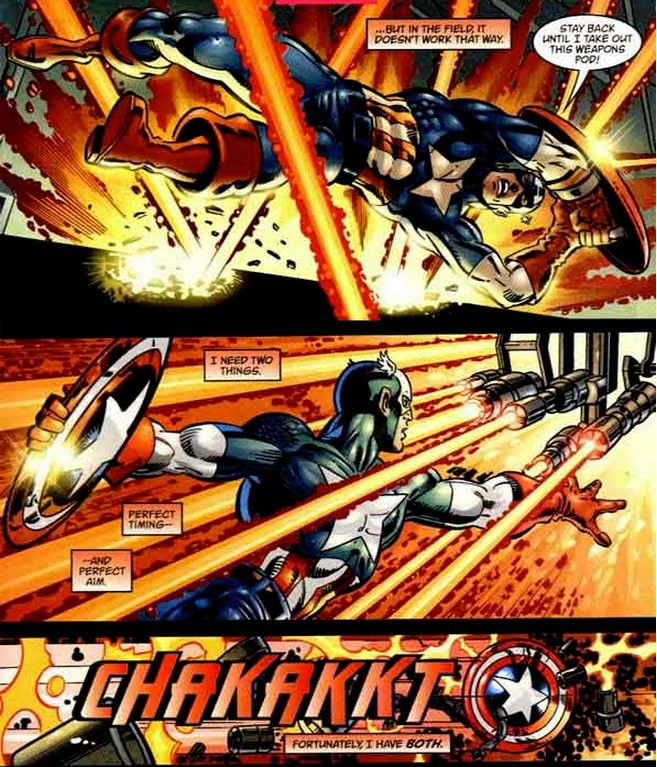 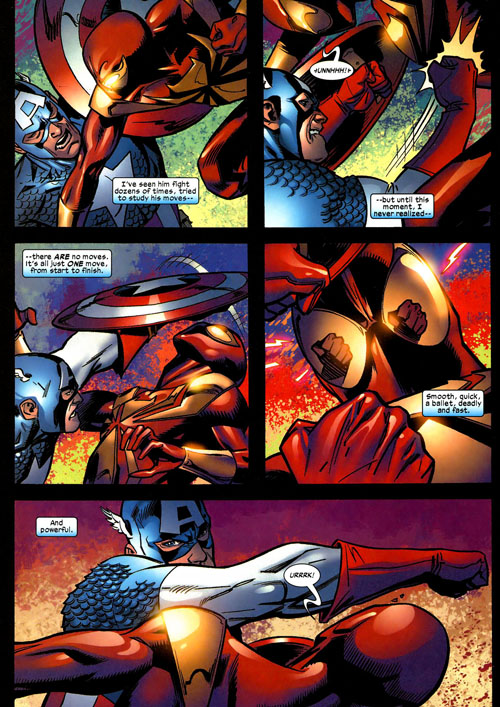 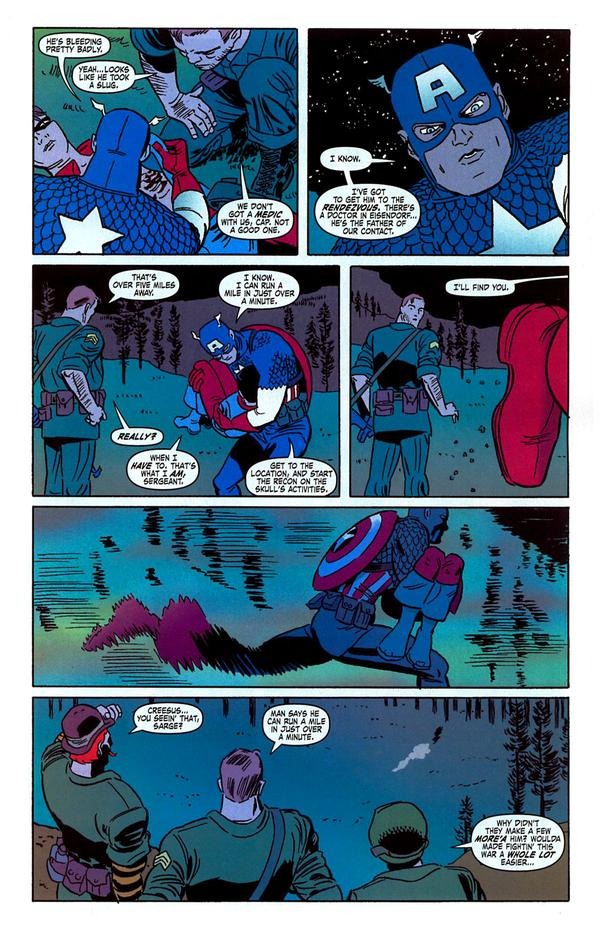 Scientist here: the answer is folks that NONE OF THE ATHLETES, Olympic level or not, that YOU have ever seen are "peak human" anything. The best human Bench Presser has not lifted anywhere NEAR the "peak human" ability of homo sapiens to bench-press. Not even remotely close.

Remember, the Olympics prevent drug use. Imagine how much a human could bench press if all drugs were permitted? And if they had been practicing since birth? And if they had the perfect combination of genes (nearly impossible) to maximize bench pressing? Think of the stories you have heard about 110 pound mothers lifting cars off of their children in times of stress - imagine that potential also, embodied in this peak human. The REAL peak human bench press is probably a number that would astound you - it is likely well over 2,000 pounds - I would wager to venture in an alternate universe where the experiment were possible it would be nearly 3,000 pounds. Apply this reasoning to sprinting, long distance running, eyesight, and other human attributes and you get the idea.

The problem isn't that Marvel is inconsistent, the problem is we tend to underestimate (considerably) what "peak human" really means. 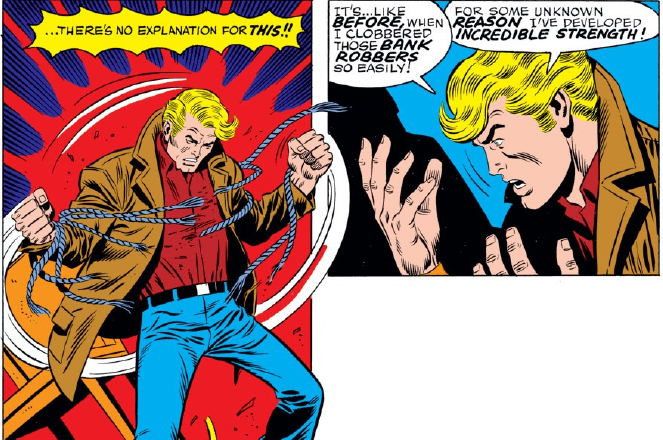 I feel like Captain America should be considered superhuman both conceptually and in terms of his feats. I mean, he was injected with the Super Soldier Serum and yet it only made him peak human? That seems like false advertising if I’ve ever heard it, and if I were Cap I’d get a lawyer to sue Dr. Erkstine’s ass.

But even still, the terms Superhuman and Peak Human are just terms; they don’t truly define what the characters limits are, nor should they. For example, in Marvel’s database, Spider-Man is shown to be a 25-tonner yet he has shown feats to showcase they he would be able to lift in excess of 100 tons. And characters like Crossbones are listed as Superhuman even though he never had a mutant gene or Super Soldier Serum, so how is he considered Superhuman and Captain America isn’t when he has had a Super Soldier Serum? Hell, I’m pretty sure Marvel lists Rhino’s speed as a 7 which means he’s able to move faster than light, and there is absolutely no way he can do that.

So Marvel’s database isn’t a reliable source of information, so if we truly want to get a grip on Cap’s strength, we have to look into the comics themselves. Cap has been seen bench-pressing 2200lb next to D-Man in an old Avengers issue. A lot of people mistake this for bench-pressing only 1100lb because that’s the number we see displayed on the plate. But if you have ever worked out, or at least know how weights work, you’ll understand that that is only the display for one plate and there is a plate on each side, meaning that the total weight would be 2200lb plus however much the bar weighs.

Cap has also been seen being able to holster a car over his head; I forget the make and model, but judging by its size compared to Cap, it could weight anywhere between 1500 and 3000lb. Cap has seen easily lifting and tossing a tree trunk which would most likely weigh upwards of 5000lb. He has done a lot more as well: he has broken a steel chain with his bare hands, and then lifted a giant eagle statue.

This means that Captain America’s eyes are able to track movement and send information to his brain and down to his muscles faster than 1500 mph. The average human neuron fires at about 220 mph. This means Captain America’s reflexes are nearly 6 times faster than the most well trained human eyes. So whilst characters like Spider-Man and Daredevil are able to dodge bullets by sensing the bullet before it’s fired, Captain America literally sees the bullets flying out of the gun and is able to move out of the way at point-blank range.

Needless to say, I think I have made my point. Captain America, for all intents and purposes. should be considered Superhuman, but for whatever reason he is not. It kinda feels like it’s almost disrespectful to the character, because if someone in the Marvel universe could just get to his level from working out and good genetics, it kind of renders him as a character and the Super Soldier Serum in general pointless. If they wanted to go the whole Peak Human route for the character they should’ve made him a skinny kid who decided to work out and train in order to get to where he is instead of just being injected with a serum.

40
Are there criteria for being a super hero and does Batman meet them?
10
Can Captain America be killed?
6
If Steve Rogers wasn't so weak, could Cap be even stronger?
3
What can Captain America survive?
-5
How fast does Wolverine heal compared to the average human?