Okay, so I'm asking this purely in regards to the new Disney canon.

From Episode II, we learn that Boba Fett is an unaltered clone of Jango Fett. Then, in Star Wars: The Clone Wars we see kid Boba a few times and he's hanging out with several of the more regular bounty hunter characters. It seems like an obvious way for Boba to follow in his father's footsteps without having his father there to teach him. Then fast forward to the next set of canon things we see him in, and he's working for Jabba and sporting his nice Mandalorian Armor. 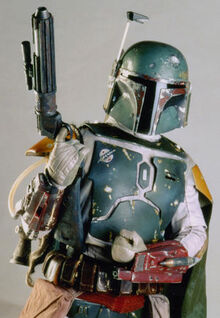 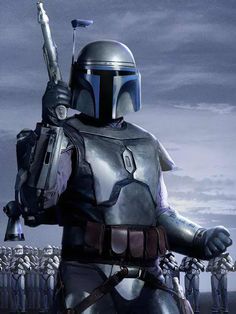 However, we visit the planet Mandalore in the Clone Wars series several times. We see that in stark contrast from the Mandalorians we know from (now non-canon) sources like Knights of the Old Republic, the Mandalorians are pacifists except for one group known as Death Watch. All of the members of Death Watch don armor that looks strikingly similar to the preferred choice of protection by our two favorite bounty hunters. 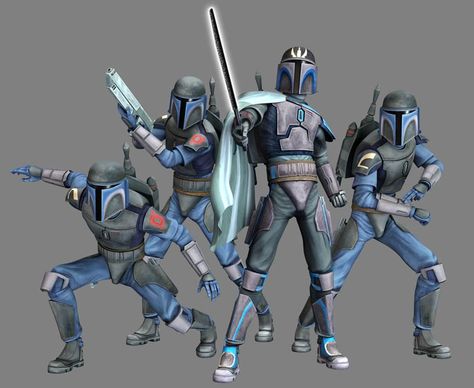 My question is very simple. What's going on? What's the connection between Jango Fett and Boba Fett to the Mandalorians during the Clone Wars? Is Jango Fett from Mandalore? It seems like a very strange oversight for the writers of the series to include multiple episodes about both Boba Fett and Mandalore and never draw a connection.

DisnEU answer: While Jango Fett wore the armor of a Mandalorian he was not considered to be one by the government of the planet of Mandalore. He merely took their name and armor to appear more fearsome.

Alemc: [angrily] Jango Fett was a common bounty hunter. How he acquired that armor is beyond me.

Being a Mandalorian isn't about being born on the planet Mandalore. It's a way of life, a code and an ideal. This is embodied by the Six Actions, the Resol'nare:

Or in a children's rhyme:

(Education and armor, Self-defense, our tribe, Our language and our leader — All help us survive.)

By following these tenets, loyalty to the clan and bravery in battle one satisfies the laws of the Canons of Honor and one gains honor. Note that being born a Mandalorian does not make one a Mandalorian: they were dar'manda, ignorant of their heritage. All those who swore to the Resol'nare and lived up to its ideals became Mandalorians, including prisoners who were forcefully induced into the culture.

Though over the years the adhesion to the Resol'nare waned, still the Mandalorians remained a warrior culture, frequently clashing with the Galactic Republic. Eventually the Republic got fed up with them and bombed the Mandalorians into submission. After this the New Mandalorians, a pacifistic group, began to rise and became the predorminant group on Mandalore. The peace held from about 738 BBY until 20 BBY, when the Death Watch took over after a coup, the events of which are detailed in the Clone Wars TV series.

There's actually very little in this canon linking them to Mandalore other than their armor. In fact, as of right now, the only thing establishing them as being Mandalorian is the card back for Jango's figure from the Star Wars: Rebels toy line. 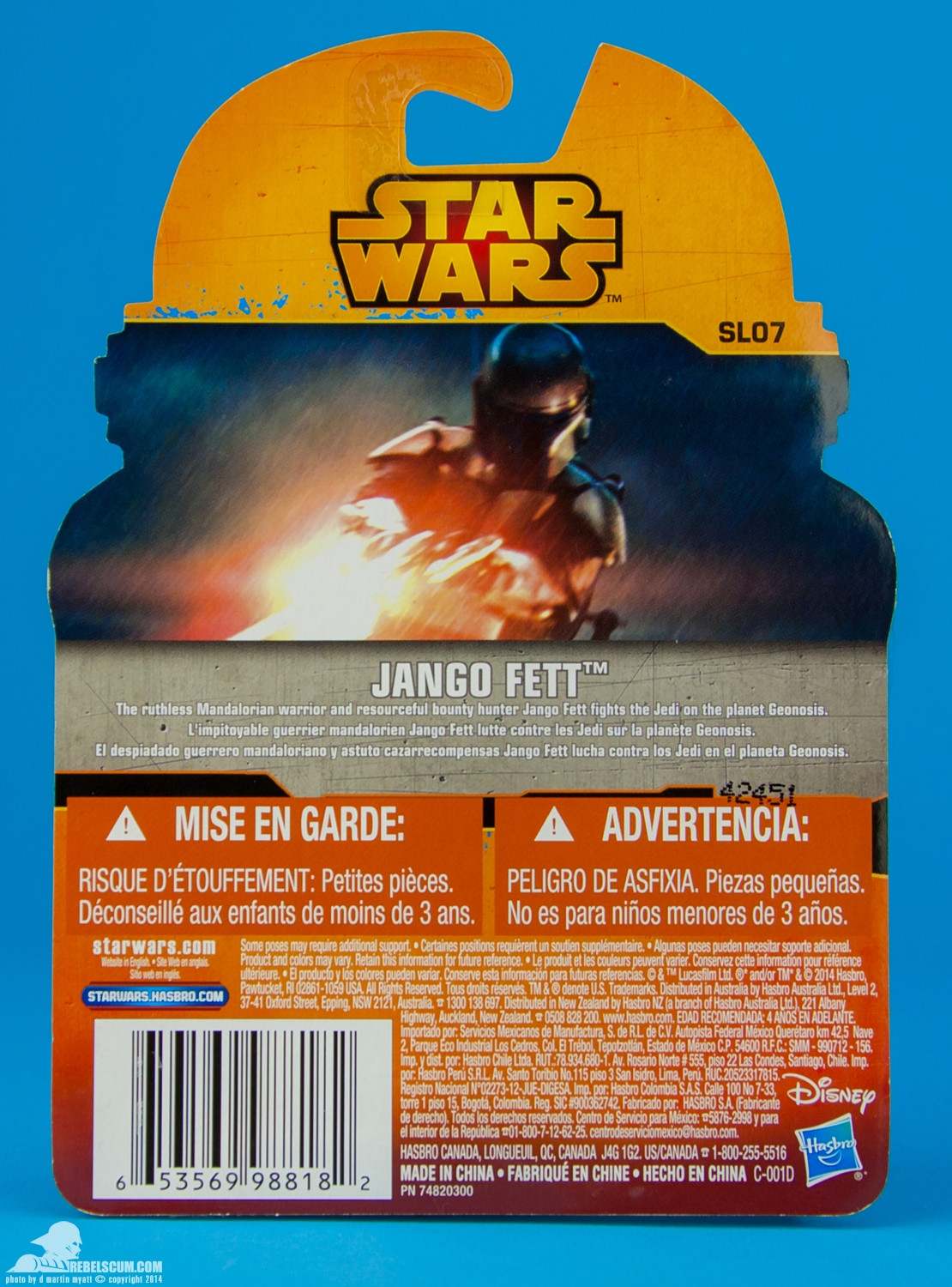 The disconnection is largely an artifact of the canon purge.

This is where the Mandalorian connection was originally established and fleshed out.

The comic series Jango Fett: Open Seasons establishes that Fett was born and raised in the Mandalorian sector.

While Boba Fett was not born or raised there, he would later join the Mandalorian Clan and become their leader, The Mandalore, allowing him to call himself a "Mandalorian".

Not the answer you're looking for? Browse other questions tagged star-wars the-clone-wars boba-fett or ask your own question.

56
Why is a living creature being frozen in carbonite in “The Mandalorian” so common when it seemed so risky in “The Empire Strikes Back?”
12
Why was Jango Fett so comfortable with showing his face?
8
What does Din mean that weapons are a part of his religion?

34
Does Boba Fett know his exact relationship with Jango Fett? If so when/how did he find out?
7
As per the latest canon, is Jango Fett still Jaster Mereel's protégé /adopted son?
20
Why was Boba Fett considered the greatest bounty-hunter in the galaxy?
5
What is Jango Fett's relation to the Death Watch in Disney Canon?
8
Was Boba Fett implanted with the inhibitor/control chip?
10
Did Boba Fett's armour use durasteel or beskar?
19
Was Boba Fett the first clone?
8
Has Jango Fett's backstory been changed?
3
How long was Boba Fett sentenced to in prison?