I remember watching a X-Men cartoon scene on TV in 90s. My cartoon senses say that it wasn't the popular X-Men: The Animated series. Here are the details I remember:

Sorry for such a blurred short description. I was a kid then and I don't remember more details. Can you please identify this X-Men cartoon scene?

I haven't found mention of the rooftop battle in a transcript, but the Phoenix Saga in Season 3 of X-Men the Animated Series includes scenes on the roof of Cassidy Keep. Being the house of Banshee and Siren, I could see it likely they might be repelling someone by their sonic shouts, which could resemble wind coming out of their mouths. It would probably be somewhere in episodes 5-7 as Episode 7 apparently starts with them on the roof post-battle.

An image from Episode 5 does show the outstretched arm shot: 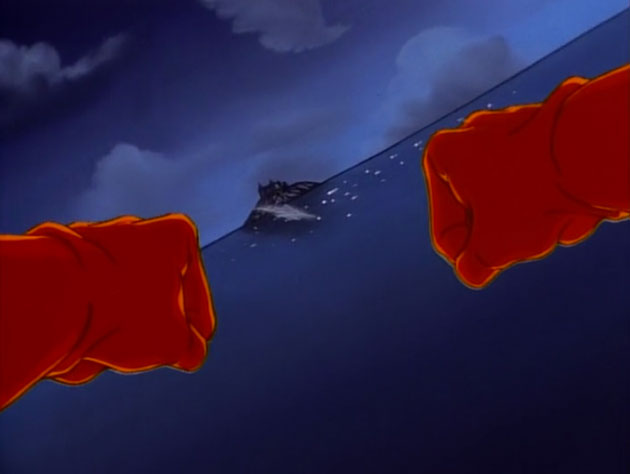 Gladiator comes in around the 13 minute mark of the episode.

19
What movie has a scene near the end where a guy gets covered by newspapers blown by the wind, then disappears?
5
Cartoon about a team of alien hunters from the US
5
Old X-Men comic where team travels to alien world with a ring-like sun that needs recharging?
13
Trying to identify an old Marvel Comics robot villain (not Ultron) from the 1970s?
3
Pre-2005 CGI movie: set in space or sky, attack by mechanical bugs, the ending is a space funeral
7
What is the name of this Snow White cartoon?
16
Scene from a SF book, long crashed starship crew send kids for water every dawn