Did Batman use his cape to glide before The Dark Knight?

Has comic-book Batman ever used his cape for gliding or did he only use the Batglider for such a feat? 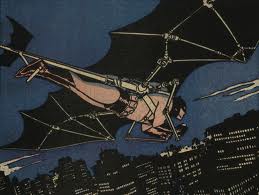 I know that the fairly recent incarnations of Batman allows for his cape to possess rigid enough properties for gliding:

I'm guessing the gliding-with-my-cape thing is quite new as I don't remember seeing it happen in some of the older comics I've read, but maybe it did happen and I just missed it? 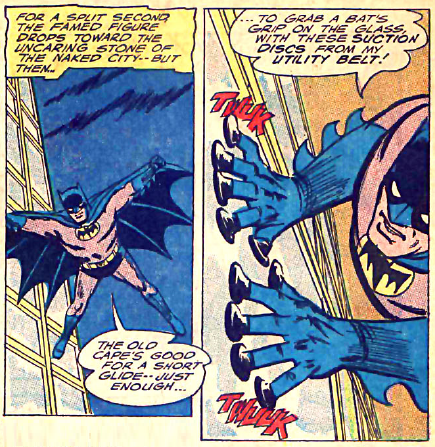 Bob Kane and his co-creator Bill Finger posited the idea of a Bat-type glider/cape as far back as 1939. 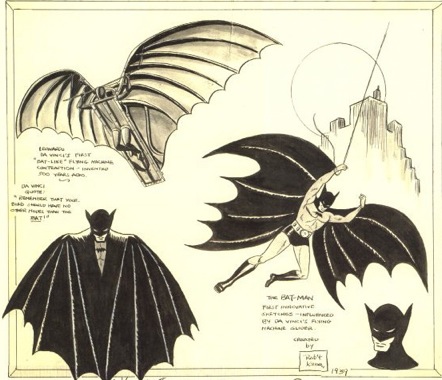