What is the benefit of a hover-car over a standard ground-car?

I was thinking about Back to the Future 2 the other day and thought ‘What is the actual advantage of having a hover-car?’ It could remove the need for roads, which would allow easier access to utilities lying under the roads, or more houses to be built, but we see roads are still used, just to a far more limited extent (in Hill Valley at least). Perhaps it could reduce road congestion, but no, that still exists!

I realised I couldn’t actually think of any reason provided in the film as to why this was such a great development, other than being ‘cool’. Is there any in-universe reason provided across the various BTTF sources as to why hover cars were so beneficial and, if so, what is this advantage?

I'll leave it to Goldie Wilson III to give us the in-universe reason, the main selling point appears to be the ability of hovercars to avoid traffic jams: 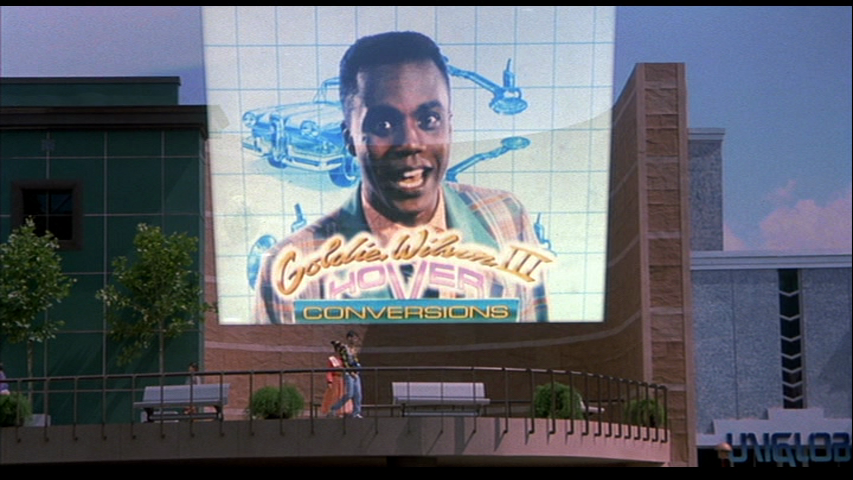 The most obvious advantage is the third dimension. Using hover cars, you can stack several “roads” over each other with ease, increasing the capacity dramatically. The roads on the ground are only used for short trips or for reaching the actual destination which makes only a fraction of the traffic.

In the movie we see mostly inner city traffic. It might be that ground based interstate highways ceased to exist in that future.

Besides that, traveling without the rolling friction of tires on the ground is more efficient. But you could achieve the same by just hovering a few inches over the ground. So the third dimension and ease of re-routing roads is the bigger advantage here.

26
What is the basis for Doc Brown and Marty McFly's friendship?
16
What was George McFly's and Biff's jobs in the original timeline?
8
What is the Doc's middle name?
14
What was the longest time jump in the Back to the Future canon?
4
How did the band get Marty out of the trunk of the car?
11
Why does Marty keep driving round and round the car park?
8
Why does Doc Brown ask Marty to destroy the almanac but lets him have the hover board?
20
1955: When Marty couldn't use the time circuits anymore was the car still actually driveable?