Why was Mal able to shrug off apparently lethal blows from The Operative?

Towards the end of Serenity, just as Mal is ready to climb the chasm to the backup transmitter, the Operative surprises Mal and shoots him in the back. Mal shrugs it off and moments later is able to swing and climb and fight. Later in the battle the Operative runs Mal through with a sword. Mal doesn't bleed and is still able to fight.

Why is Mal suddenly nigh-invulnerable? Was the Operative's gun non-lethal? If so, why did the Operative use a non-lethal weapon? If not, why was Mal able to survive the shot without much effect? And why was Mal not more effected by being run through with a sword?

If you watch the beginning of the scene carefully, whatever the operative shoots Malcolm in the back with, it produces some sort of electrical discharge. I would presume that it was some sort of incapacitating type of round, rather than a penetrating type of round. This could be further reinforced by the moved nerve cluster, in that Malcom's nerves just don't react as expected.

Also, remember the line that the Operative gives before Serenity comes out of the cloud towing Reavers - "We should have done this as men...not with fire". He prefers the face to face combat, rather than the sterility of guns and lasers.

In the second instance, with the sword, if you watch the above video clip in a frame by frame type of fashion (from ~ :33 - :38), it shows that the sword goes through his (Malcom's) right side, fairly close to the edge of the body, and from a mid to upper angle. 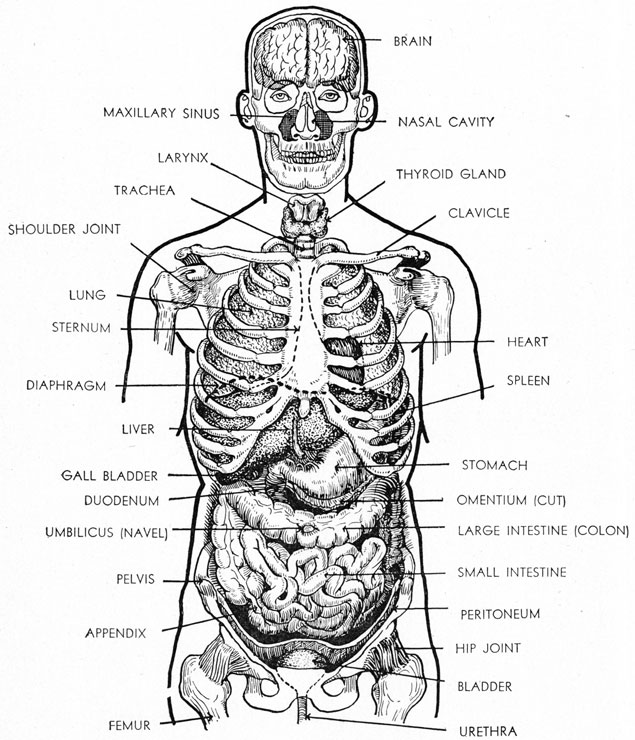 If you look at the above image, on the right side, presuming that the angle of the sword is such that it stays below the rib cage, then about the only thing that would be penetrated would be the descending portion of the large intestine. While it is a wound that can produce nasty infections, it won't necessarily be incapacitating nor produce a ton of blood (And it is very possible that the shirt would clot to it, it isn't a large wound from top to bottom.)

The nerve cluster gets explained in the film. I will give Serenity credit in that Mal limps away with more than the usual movie hero damage.

It's likely that this is a bit of dramatic license, though one possible explanation is quite convenient:

"Piece of shrapnel tore up that nerve cluster my first tour. Had it moved."

Mal does explain why one attack isn't effective: the Operative's paralytic-jab was aimed at a nerve cluster that Mal had moved during his wartime career. The way he tosses out the explanation, it's clear that moving a nerve cluster isn't a terribly impressive or unusual procedure. 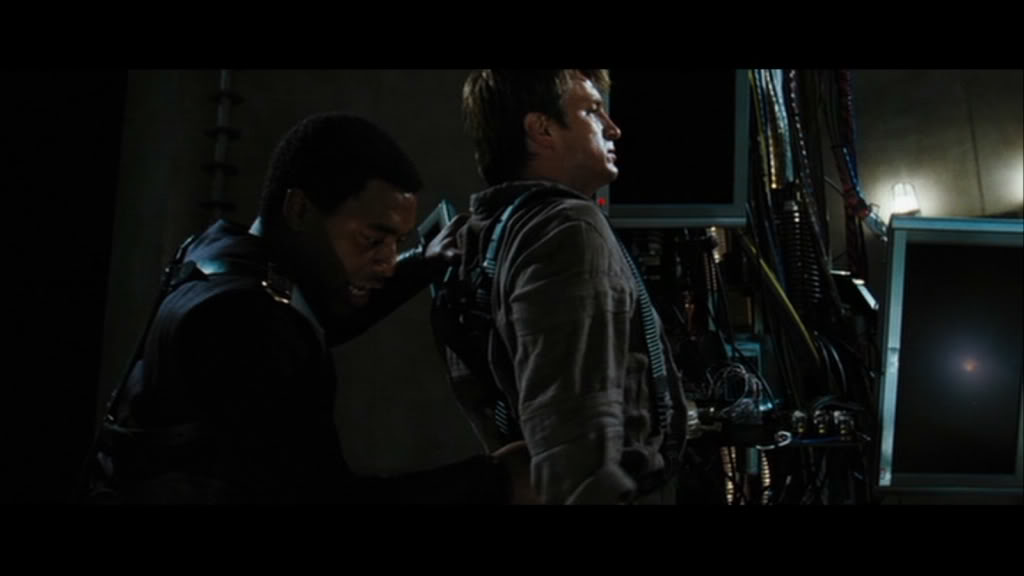 Now, it's never stated explicitly, but it's not hard to imagine that that isn't the only modification/wound he experienced during the war. Even without touching on the more out-there scifi explanations (like genetic treatments and augmented endurance), it's not hard to imagine that soldiers in a future war might receive various drugs or treatments (either during training or as a result of injury) that make them tougher than normal. Hell, we could stretch it even further and say that, since the Operative is using Alliance tech, Mal might have had a special resistance to that Alliance gun, from his time as a Browncoat.

It's definitely speculation, but given that Mal comments on one useful medical procedure in that very scene, it's not too unbelievable that he might have had others, whether deliberate (like standard-issue drugs for Browncoats) or coincidental (like moving a nerve cluster that happened to save his life).

33
Why does Mal abandon the Tams in “Safe”?
19
Why doesn't Captain Mal let Saffron answer at the end of "Our Mrs. Reynolds"?
3
Why didn't Mal kill the Operative?
64
Why was Mal so quick to drop Bester in favour of Kaylee?