“That was no laser blast! Something hit us.” Okay, but where—and how—was the Millennium Falcon hit?

I was looking through this amazing gallery of detailed pictures from models used in the original trilogy of Star Wars films. I came across these two images of the Millennium Falcon’s hull clearly showing some visible damage; see pics below.

These images got me thinking: In The Empire Strikes Back, when the Millennium Falcon is fleeing pursuing Imperial ships—and just as it enters the Hoth/Anoat asteroid field—there is a huge THUNK sound that reverberates throughout the starship followed by Han shouting:

That was no laser blast! Something hit us.

Okay, so I am now confused. The Millennium Falcon’s shields were still operational at this stage. The only major repair the ship appeared to need was to the hyperdrive. So when Han says that “something” hit them, what exactly hit them and how?

It seems to me ships in the Star Wars universe do not have shields strong enough to deal with asteroids. Even large-sized ships such as Star Destroyers were vulnerable to asteroid damage as conveyed by Captain Needa saying:

Considering the amount of damage we've sustained, they must have been destroyed.

So… What happened to the Millennium Falcon in this scene? Do any canonical sources address the exact damage the ship sustained in that scene or show any details of the damage the hull sustained in the asteroid field? 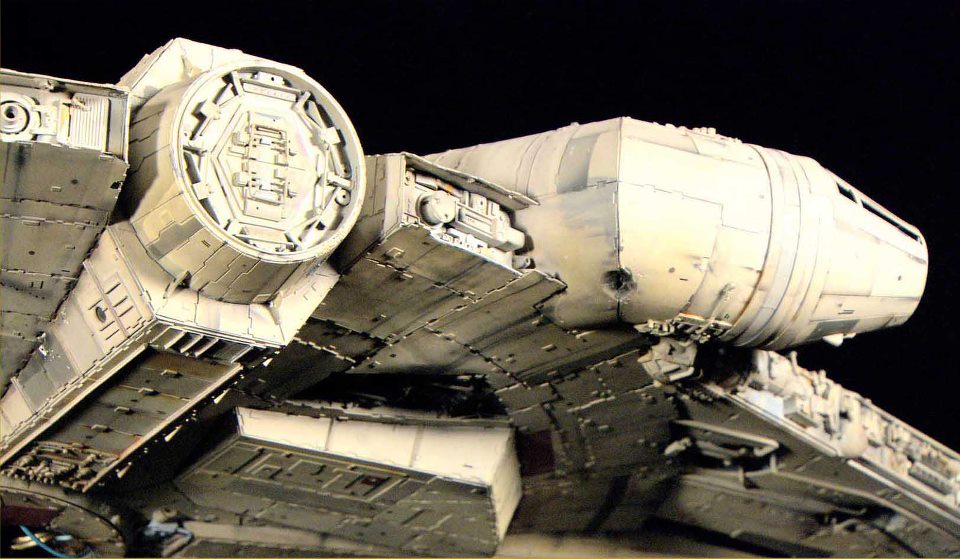 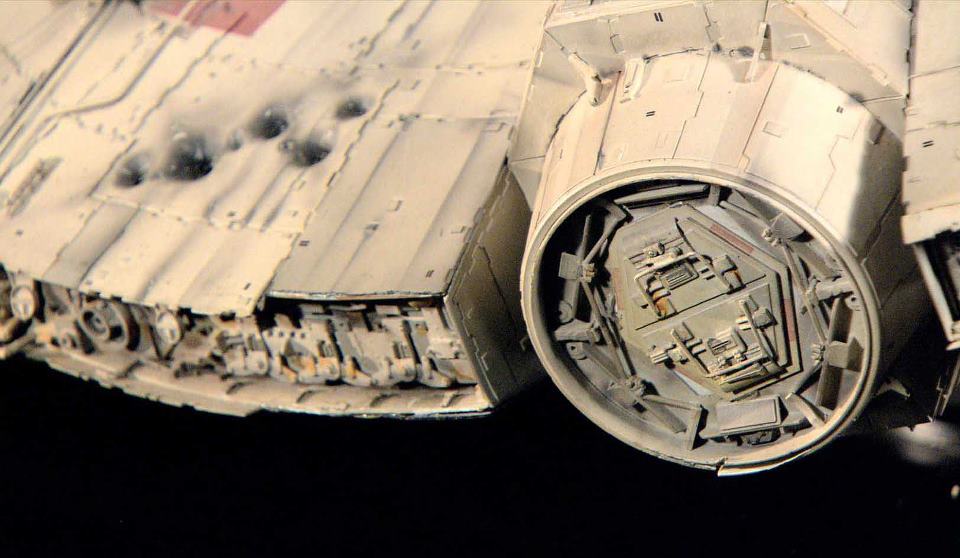 A moment later, Chewbacca heard Han call from the pit: “Bring me the hydrospanners!” The Wookiee picked up a toolbox that had been resting on top of a metal barrel, then shuffled across the deck and placed the toolbox at the edge of the open pit. Han climbed up to select a hydrospanner from the toolbox and said, “I don’t know how we’re going to get out of this one.” He had just lowered himself from Chewbacca’s view when the Falcon was struck by something that caused a bone-jarring jolt, sending the toolbox sliding into the pit.

“Oww!” Han yelled as the toolbox landed on him. “Chewie!” Han raised himself half out of the pit and felt another jolt, accompanied by a rumbling noise. “Those were no laserblasts!” Han realized. “Something hit us.” … “Oh, no,” Han mumbled. He and Chewbacca pushed their way past Leia and C-3PO to jump back into their respective seats. Solo quickly glanced at the sensor monitors. So far, the Falcon’s particle shields were holding up against the debris, but the four TIE fighters and a single Star Destroyer were coming up fast behind them. As if to remind Han of their presence, the TIE fighters fired their cannons, and flak buffeted the Falcon’s shields.

We also see the same scene from a slightly different perspective in The Empire Strikes Back radio adaptation. Alas no longer canon, but still pretty fun:

Threepio: Oh dear, the Imperials are upon us again! This is the end, Your Highness!

Leia: That isn't cannonfire! Look out there!

Threepio: Asteroid! The sky is filled with them! Oh no-

Leia: It just doesn't seem fair, what with all the other problems we have. Will our deflectors shields hold?

Sound: Falcon cuts deeper into the asteroid field. Asteroid bits bounce from the shields like marbles, or gravel.