Is “Infinity Stones making the name of Thanos” true?

I am listening to rumors (or, facts?) these days that Infinity Stones discovered in the MCU are making the name Thanos:

(The next two Infinity Stones would have H and N words as their names.)

Is any of this true? Is there an official statement or reputed leak? Or, is this the case in comics? Or, this is mere a lucky coincidence?

I can't imagine this to be true. If they happen to make the remaining gems fit into this strange anagram, it will be a coincidence, nothing more. Worse, if it's true, it is a sign of the laziest Easter Egg ever.

The Infinity Gems had nothing to do with Thanos in their original inception. However, the Marvel Cinematic Universe may decide to create an underlying mythos where Thanos is more integral to their existence. 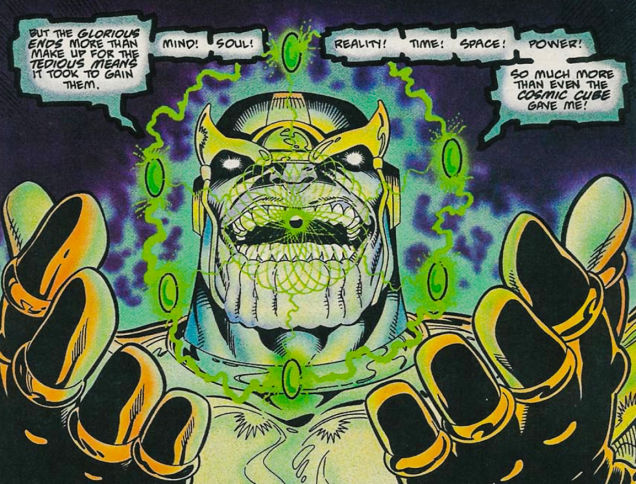 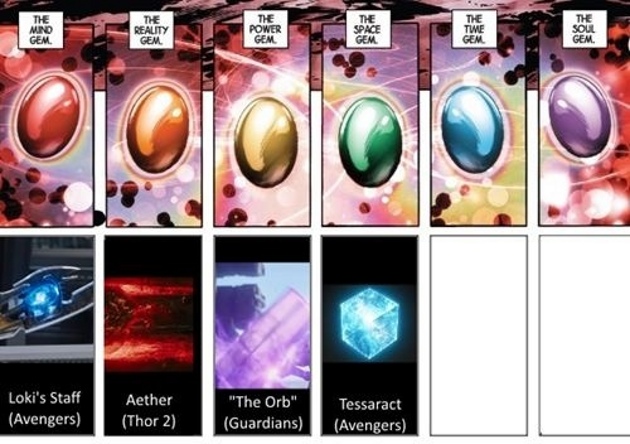 Apocrypha: If you are an old school fan of Marvel, you may have noticed the Infinity Gems are differently colored today than they were in the past. Here are the original colors.

It's likely a coincidence. T, A, O, and S are all in the top 7 most frequent letters to start words in English (source). So, this being a coincidence is plausible.

I am little bit late to answer, but the pattern has already been broken. In Doctor Strange (2016) movie,

Update:
The original premise of the question seems flawed, by the way. As @CreationEdge said in the comment:

The original theory you describe was already about shoehorning the objects into "names" that fit under a THANOS acronym (and really I don't understand why they went with Orb instead of Hammer for Ronan's Hammer, but whatever)

Update 2:
Maybe, pattern hasn't been broken at all. If in-universe name doesn't matter, we can call Eye of Agamotto necklace because it was really a part of a necklace.

Update 3: Here's final take on everything for fans who want to believe in this theory:

I didn't think anything of this, then I saw the answer about the necklace. The Infinity Stones don't spell out Thanos, but you could argue their containers do.

This maybe true. Adam warlock is referred to as Him while some articles say that the other gem will be in Dr. Strange's world and its receptacle maybe called Necklace of Agamotto.

9
Was Thanos involved in the events of Age of Ultron?