How did Luke know Vader needed his helmet to survive?

At the end of Return of the Jedi, Darth Vader asked Luke to help him take off his helmet. "But you'll die," Luke said.

How would Luke know this?

Furthermore, was that even true? In The Empire Strikes Back, Vader is shown for a short period without his mask: 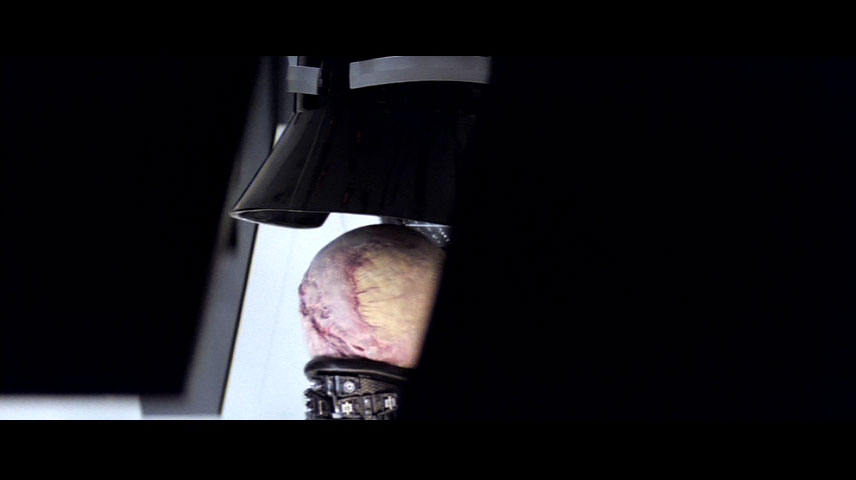 Vader also loses his helmet during the rebel attack of Cymoon 1 in the Marvel comic Star Wars 2 (2015).

So it appears Vader is able to survive without his helmet, at least temporarily.

According to the Return of the Jedi Junior Novelisation, it was already apparent to Luke that Vader's helmet and chestplate were part of a "breathing apparatus". Presumably the throaty breathing noises would have given it away, even without Luke's Jedi senses.

That being the case, Luke could have reasonable assumed that removing Vader's helmet and mask would kill him:

From where he lay, Luke could tell by the rasping rattle from Vader’s helmet that his breathing apparatus was broken. Luke crawled the short distance to his father’s side and pulled him away from the edge of the abyss.
...
Luke didn’t have to look at the life systems computer on Vader’s chestplate to know what his father was suggesting. Luke said, “But you’ll die.”

Darth Vader's meditation chamber, or Qabbrat, was a life support pod that allowed the Sith Lord to survive for extended periods without the helmet and mask of his suit.

As for how Luke would know — isn't it pretty obvious when he's wearing a life support system on his chest and clearly has breathing support via his helmet? You can't not notice the mechanical breathing.

I would be able to know that a person is on life support if he/she walks past me in a cool big black suit with buttons and a mask. Vader take off his mask in Episode V, yes, but at that time he wasn't just hit with waves and waves of dark side lightning by his master... So Luke knew that it was life support and he knew that if he was seriously hurt (which he was), he would die without the mask...

For one, why would anybody wear that whole suit unless absolutly necessary for survival, obviously he needed it, and maybe Luke didn't want to see his father without his mask, because that ain't pretty.

If you look closely, you see an external respirator going up and away from Vader when he has his mask off in ESB. I figured he needed a break from t every once in a while. Probably wicked hot in there.

Luke didn't know whether or not Vader needed his helmet to survive; and that wasn't the point of his statement.

Sure, he could have surmised as much as some of the other answers have stated (and I don't disagree with those assumptions); but I think there was a lot of emotion behind this statement as well.

Luke had just witnessed (and probably felt) his father coming back to the light side of the force and is in danger of losing him again. Luke saying

is not so much saying Luke thinks the helmet is keeping Anakin alive as it is Luke trying to do anything that might keep Anakin alive (and also probably beginning to accept the fact that he will not be able to save his father.)

Luke does not want to give up even when faced with the certain death of his father. So he offers up this weak defense to show that he is still willing to try.

Not the answer you're looking for? Browse other questions tagged star-wars darth-vader luke-skywalker return-of-the-jedi or ask your own question.

63
Did Luke accomplish anything by going to Cloud City?
20
How does Vader (and how do other Sith) meditate?
8
Did Vader ever intend to kill Luke?
20
If Darth Vader discovered Luke was his son from the Emperor in the 2004 retconned version of “The Empire Strikes Back”, then how did the Emperor know?
45
Who/what exactly does Darth Vader believe taught Luke between the events of “The Empire Strikes Back” and “Return of the Jedi?”
50
Why is Vader suddenly a terrible fighter in Return of the Jedi?
16
Why did Darth Vader reveal to Luke that he is his father?
13
Did Luke know about Kylo Ren's obsession with Darth Vader?
11
Prior to Cloud City, did Vader know that Han and Leia were "friends" of Luke?
15
Did Luke lose his X-Wing on Cloud City?