How did Stick find the young Matt Murdock?

Though they both skim over the how-they-even-met part.

So is there a clear explanation or a flashback in the canon that reveals how Stick knew just when and where to find Matt?

Was there was some Chaste derived "Chosen One" type of prophecy that mystically led Stick to Matt? Or did young learning-to-use-his-gifts Matt do some amazing news-worthy feat that attracted the Chaste or Stick's attention?

Added a few images to help connect the dots between the comics canon and the show as it relates to this question. This convinces me that something was known to the Chaste well before, though I just don't know how and when this happened. 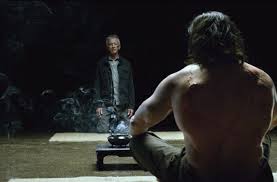 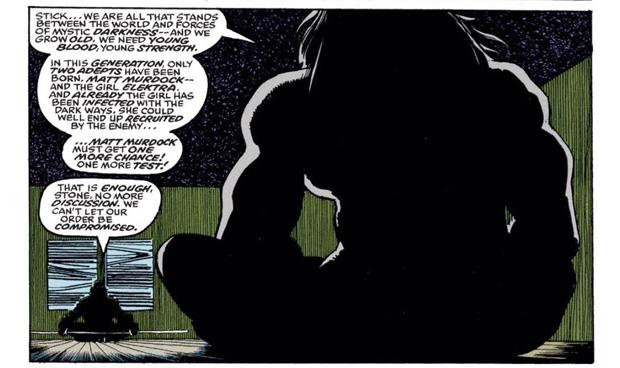 At the 11:00 minute mark of Season 1 Episode 7 Stick, the scene is a flashback to when Stick and Matt Murdock first met.

It's at an orphanage run by nuns. It starts out with Matt writhing in pain on his bed. Then, it cuts to Stick walking alongside a nun. They speak:

Nun: He's getting worse. When we first took him in, Matthew's problems seemed less severe. Now he's in so much pain. Doctor's, clergy, no one has any idea what's wrong with him. We heard about your work with special children and thought maybe you could help.
Stick: Not for free.

So, it seems that Stick has a reputation for helping "special" children. Likely, this is due to his involvement with the Chaste and trying to find new recruits with special abilities.

Stick himself later hints at this being part of what he does, in a conversation with Matt. Again, this happens during a flashback, with the relevant dialogue starting around the 16:35 mark of the same episode:

Matt: If I ask you a question, will you hit me?
Stick: Depends on the question.
Matt: How did you find me? How did you know?
Stick: Old bitty at the orphanage thinks it's her idea.
Matt: But it wasn't, was it?
Stick: Maybe it's one of my gifts. Or you just got lucky.
Matt: That's not an answer.

However, here, the implication is that the nun reaching out wasn't actually a factor in Stick finding Matt. This further pushes the idea that there is some mysticism or work of The Chaste going on here.

But, as young Matt so clearly told us, we don't actually get an answer.

This, obviously, only accounts for the Marvel Cinematic Universe. I can't provide an answer for the comic continuity.

Stick is a telepath like Professor X and can sense the spirit realm (like Dr Strange). He was monitoring both Matt and Elektra like Obi Wan and Luke Skywalker etc

8
Does Stick have mental powers?

6
Can Matt Murdock feel radiation pressure?
6
What did Murdock put in his coffin water bed?
32
How true to the comics are Matt Murdock's powers in the 2015 Daredevil TV show?
7
Did someone break into Nelson & Murdock?
7
How did Matt Murdock learn to fight (2015 show)?
6
How can Matt Murdock read something that isn't written in Braille?
4
Have Matt Murdock and Jennifer Walters ever appeared in court together?
5
Does Wilson Fisk discover that Matt Murdock is Daredevil?
6
Has Matt Murdock ever tried to pass as sighted?