Why is there a dinosaur in the Batcave?

In Batman #1 in the New 52, when we visit the Batcave for the first time, we see a dinosaur: 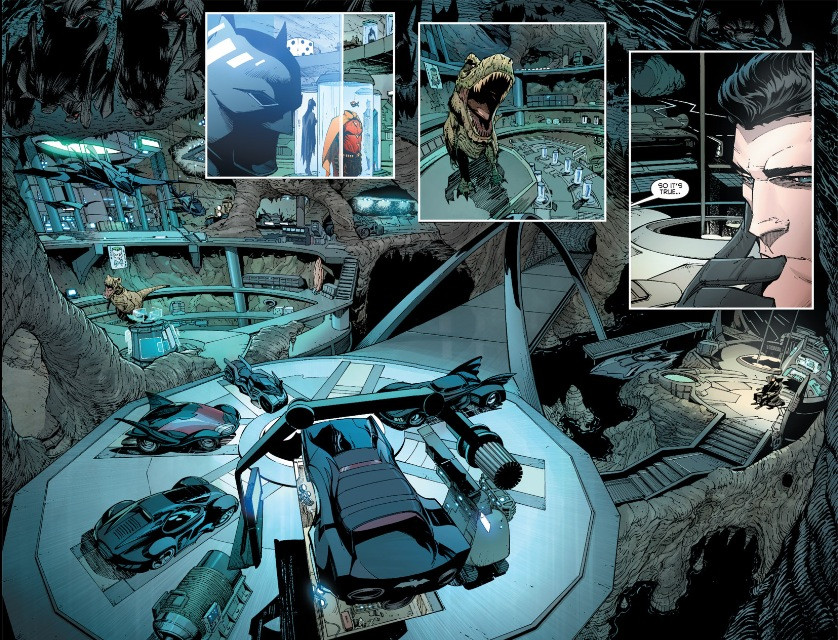 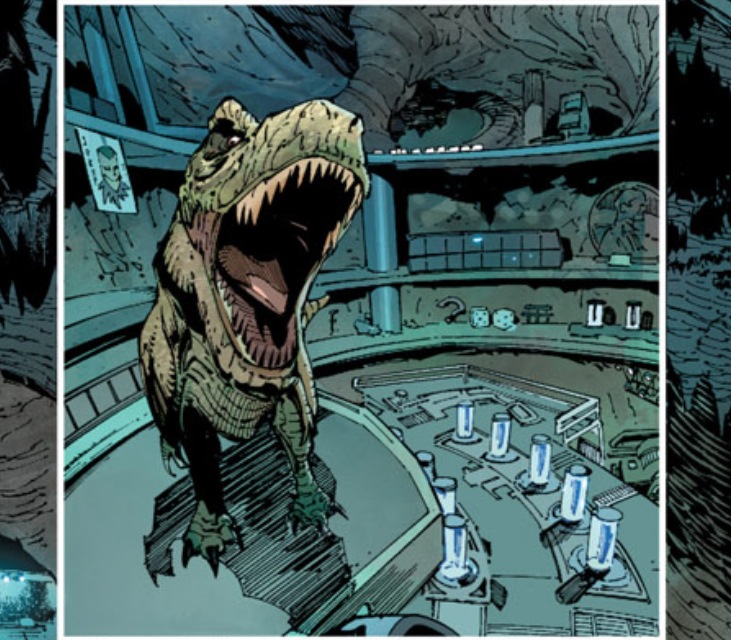 What... is up with that? It is a completely awesome cave decoration - but what else is it? Is it a non sequitur or is it a call back to an earlier storyline? I imagine it's the latter – a life-size T-rex model is an expensive piece of decor, even for Bruce Wayne.

Bonus points: are there any other relics from past storylines visible in this Batcave?

Update: here's a shot of the other panel that gives us a view of the "showroom" (including the huge dice). 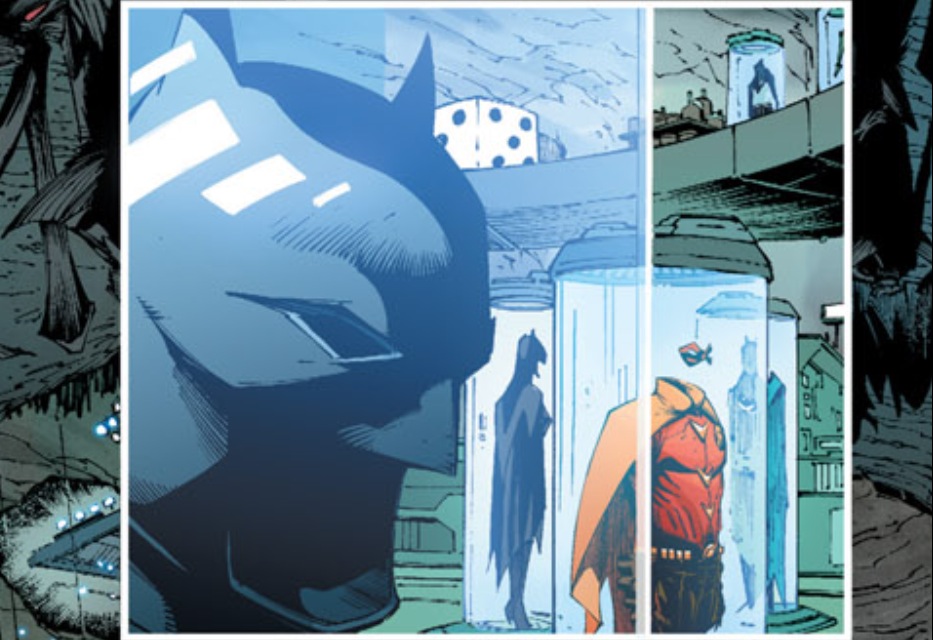 The cave stores unique memorabilia items collected from the various cases Batman has worked. Originally, these were stored in a room designed just for them; it was explained that Batman and Robin took one memento from each case. Later, the trophies were shown to be in the large main area of the cave, residing among the rest of the Batcave's furnishings.

The most famous and prevalently featured are a full-size animatronic Tyrannosaurus Rex, a giant Lincoln penny, and an oversized Joker playing card. The T. Rex comes from an adventure on "Dinosaur Island" (Batman #35, 1946); the penny was originally a trophy from Batman's encounter with a penny-obsessed villain named the Penny Plunderer (World's Finest Comics #30, 1947). Other "keepsakes" in the cave come from "The Thousand and One Trophies of Batman!" (Detective Comics #158, 1950). These three stories were reprinted in Batman #256.

Other pieces often shown in the Batcave are Two-Face's original coin, Deathstroke's sword (the owner of which Batman has fought at least twice), the shroud of the vampiric Monk, and over-sized ten-pins.

He has also had Fries' original freeze gun, a piece of kryptonite, and old partner costumes.

The T-Rex comes Batman #35 (June, 1946). "Batman and Robin are challenged to a game of "Touch Hunt" on famed Dinosaur Island in return for a gift to charity in the amount of $5000.....if they win the game. But they soon discover that they are the prey being hunted....by a very human adversary!" (source)

Dinosaur Island was an amusement park filled with robotic dinosaurs.

It depends on the Continuity. According to the DC Wiki, in the original:

In the DC animated Universe there are two depictions of the T-Rex. Again from the DC Wiki:

Batman and Robin first came across the T-Rex after battling a lesser criminal. Robin thought it would make a good memento, but Batman stated that transporting it alone would attract unwanted attention. Nevertheless, he later relented to place it in the cave. As a visual nod to Batman battling an animatronic dinosaur, the episode "Mean Seasons" Calender Girl unleashes a Studio mechanical T-Rex to kill Batman, Batman subsequently destroys it.

Presumably keeping it as a memento.

6
Why is there a giant penny in the Bat Cave?
20
Why there is a cow in Walter Bishop's Lab?
11
What are the other Batmobiles from the first edition of the New 52 Batman?

38
How Was the Batcave Built in Secret?
15
How is the batcave kept clean?
3
Is there an official reason why Batman Volume 4 (New 52) omits issues 18-20?
4
Why are there two batcomputers in the Batcave?
35
Is the Batcave bat-friendly?
3
Has there been a Wayne in the Court of Owls?
10
Has the Joker ever been inside the Batcave?
9
Who built all the pathways and stuff in the Batcave?