What are the uses of Unicorns?

What different uses does the unicorn have? 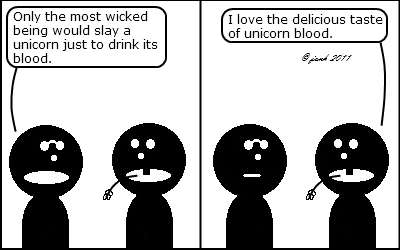 According to Fantastic Beasts and Where to Find Them, unicorn horn, blood, and tail hairs have magical properties. Firenze explains to Harry the cost of slaying a unicorn: (I don't know if this means they will live half the amount of time they were meant to, or if it means they will exist in a unfulfilled, unrealised form.)

‘That is because it is a monstrous thing, to slay a unicorn,’ said Firenze. ‘Only one who has nothing to lose, and everything to gain, would commit such a crime. The blood of a unicorn will keep you alive, even if you are an inch from death, but at a terrible price. You have slain something pure and defenceless to save yourself and you will have but a half life, a cursed life, from the moment the blood touches your lips.’

(Does this mean that the unicorn blood that Voldemort consumed in Philosopher's Stone affected his lifespan in any way? Perhaps it helped Harry to ultimately defeat Voldemort in some unknown way. . . ?)

Unicorn horns are silver and are used in potions (Harry notices them at the apothecary in Diagon Alley during his first visit there with Hagrid.)

As noted, the unicorn tail hair is used as a wandcore by Ollivander. Harry also mentions using unicorn tail hair as an ingredient in Potions lessons. ETA Unicorn blood is an ingredient in Voldemort's initial resurrection potion which allows him to return to the infant form that Wormtail carries around, that we see in the beginning of Goblet of Fire. I didn't mean to say that it was in the resurrection potion used in the graveyard in Little Hangleton. Unicorn blood was used for the initial potion (Goblet of Fire - Page 569, Brit version) along with Nagini's venom. Just wanted to clarify.

‘Could a werewolf be killing the unicorns?’ Harry asked.

I wonder how Quirrell managed to even catch one unicorn, much less two. Yes, he has Voldemort inside him, but Voldemort is in a very weakened state and cannot perform magic independently yet. I digress.

Professor Grubbly-Plank in Goblet of Fire indicates that unicorns prefer a woman's touch to a man's, although I don't know to what purpose this serves. The unicorn apparently has numerous magical properties:

Hagrid uses unicorn tail hair to bind up bandages on injured creatures and mentions that unicorn tail hair is very strong (HBP - Page 455 - Brit). He collects stray hairs that he finds in the Forbidden Forest and keeps a bunch of them hanging from the rafter in his hut.

Various bits of them can be used for magical purposes.

The tail hair can be used in wand making. For example, Ron’s first wand (formerly Charlie’s) was 12″ ash, with a unicorn hair at its core. I believe Olivander once said that they were a pain to get (presumably the unicorn has a kick like a horse), and that they were particularly good for charms work, but I can’t find or remember sources.

The horn has applications in potions making. In his first visit to Diagon Alley, Harry sees unicorn horn in the Apothecary, and I’m fairly sure it’s used at least once in his classes. (Found a reference: when Harry’s in the Forbidden Forest, he tells Firenze that “We’ve only used the horn and tail-hair in potions.”)

Most importantly, they were renowned for their healing powers. In his first year, Harry stumbles upon Voldemort!Quirrell drinking the blood of the unicorn in the Forbidden Forest. Although unicorn blood only gives you a cursed life, it still sustains your life. Better than nothing, and it allowed Voldemort to survive until he could obtain the Elixir of Life (or so he thought).

Some people think that the medicinal properties extend to the soul, as well as the body. This legend extends back to the ancient world. There was a Greek doctor, Ctesias, who was employed by the ruler of Persia in c.398 BCE. There’s a passage in his Indica, where he describes how it can be used as an antidote to poison:

There are in India certain wild asses which are as large as horses, and larger. Their bodies are white, their heads dark red, and their eyes dark blue. They have a horn on the forehead which is about a foot and a half in length. The dust filed from this horn is administered in a potion as a protection against deadly drugs. The base of this horn, for some two hands’-breadth above the brow, is pure white; the upper part is sharp and of a vivid crimson; and the remainder, or middle portion, is black. Those who drink out of these horns, made into drinking vessels, are not subject, they say, to convulsions or to the holy disease [epilepsy]. Indeed, they are immune even to poisons if, either before or after swallowing such, they drink wine, water, or anything else from these beakers.

The source is this page about Indian myths surrounding the unicorn: there are other sources, including Pliny and Aristotle. Quite interesting, and you can see where some of the modern stories about the unicorn spring from. Amusing comparison to the rhinoceros.

Finally, in accordance with the above passage, unicorn horn is cited as an ingredient in an Antidote to Common Poisons in Pottermore.

Not to disappoint, but I’ve just noticed on the page about unicorns in India that Ctesias and Aelian both describe the flesh of a unicorn as very bitter, possibly making it inedible. You might not accept this as canon, but I think it’s safe to do so. JKR is drawing on lots of historical sources and stories, so why shouldn’t this bit be true in the HP universe? :-)

The blood is used to extend life or heal wounds. Voldemort survives on Unicorn blood before the events of The Philosopher's Stone. At a terrible price.

The hair of unicorn is quite magically potent as it's used in the center of wands and and magical attire. I think Mary Cattermole's, Cedric Diggory's, Neville Longbottom's, Draco Malfoy's, Ron Weasley's first and second and Quirinus Quirrell's wand had a unicorn hair core.

Also a unicorn's horn is used in potion making.

But to obtain any of the parts of the animal, it would have to be given freely by the Unicorn, or be slain, or retrieved after the unicorn was dead. The latter two would probably be from some dark magic (or accident) as unicorns are pure animals, untainted by evil. So to slay one would be a crime against magic itself.

Their hair can be use to create Wands, and their blood can keep you alive no matter what ("at a terrible cost though, you'll be living a half life" :P).

I don't know if there are other uses for them...

63
Why did Voldemort need to drink Unicorn blood?
12
Can magical creatures be eaten?
16
What sort of curse does unicorn's blood give?
8
What other uses are there for owls?

34
How do the wand makers get the cores into the wands?
16
Has J.K. Rowling ever explained the rules of the 'special effects' (bangs, flashes/jets of light, puffs of smoke) of magic?
3
What are the words to a countercurse?
11
How does Ollivander decide what kind of wand to make?
30
What was the Ludicrous Patents Office?
67
Are werewolves in the Forbidden Forest consistent with later explanations on werewolves?
12
How does a centaur know what is hidden in Hogwarts?
21
Is there any reference to which wand Ron uses after the Battle of Hogwarts?
54
Why are wands so cheap compared to their materials in Harry Potter?