What is the meaning of The Hunger Games' golden bird?

Everytime time media need an image about the Hunger Games, they use this golden bird 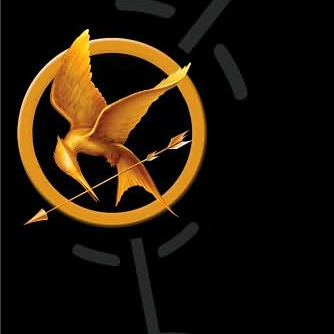 What is the significance of this bird?

This bird is the Mockingjay, a famous symbol used especially in later on books, but first mentioned in the first book. Basically, it's a pin that was worn by Katniss during the Hunger Games.

The Mockingjay resulted from a genetic mishap where the Capitol created genetically engineered birds known as jabberjays, which had the ability to exactly reproduce conversations, during the first revolution against the Capitol. Their usefulness eventually waned, as the revolutionaries found out about them, and started passing false intelligence to the birds. These birds weren't suppose to mate, they were all male, but they ended up mating with native mockingbirds, to produce mockingjays. The mockingjays had some voice - in particular, they could sing simple songs - but did not have the full range of reproduction of the jabberjays. The Capitol ended up with egg on their faces, as not only did the jabberjays prove a resounding failure, but the reminder of that failure lived on long after all the pure jabberjays died off.

There is considerable more to this symbol from future books, which I will list with spoiler tags.

The Mockingjay becomes the symbol of revolution. After Katniss defied the will of the Capitol at the end of The Hunger Games, her Mockingjay pin became a symbol for revolutionaries everywhere, leading to a second rebellion against the Capitol. Katniss herself becomes a similar symbol after her stylist puts her in a dress that transforms to resemble a mockingjay's feathers, and Katniss herself becomes known as "the Mockingjay".

That bird is a result of a female mockingbird, a natural animal, mating with a male jabberjay, a muttation spawned in the labs of the Capitol as a weapon against the Districts during the first rebellion. The Capitol released the birds when they found out that they were ineffective, as the rebels just sent them home with lies. The Capitol had underestimated a creature's desire to live, so thus mockingjays became. They are a creature that the Capitol never planned on existing, and it is like Katniss and her sparking the rebellion. They never wanted that. And that is also why Katniss is the Mockingjay in the book, which is fittingly titled Mockingjay.

The mockingjay is a species of bird that was created through the accidental mating of jabberjays and mockingbirds. Black in color with white patches on the undersides of their wings, Mockingjays are famous for their ability to mimic a wide range of sounds produced by humans. When Katniss Everdeen wore a pin bearing an image of this bird in the 74th Hunger Games, it angered the Capitol; the bird's very existence was a result of a mistake on the Capitol's part, and it represented a slight against them. This association with the bird later caused Katniss to be dubbed "The Mockingjay", the symbol and leader of the Second Rebellion

Mockingjays have a certain level of symbolism in Panem, though the nature of that symbolism can vary significantly. Katniss refers to the birds as "something of a slap in the face to the Capitol". Interestingly, this musing came before the 74th Hunger Games competition actually began, which suggests that the "rebellious" symbolism of the mockingjay was already established - or at least implied - before Katniss even arrived on the scene. For Katniss herself, they are a reminder of her father, and later of Rue.

The mockingjays are not actually gold, that's just the pin that Madge gave Katniss. The pin originally belonged to Madge's aunt.

As it is a bird, it is commonly symbolic about freedom. Katniss wants to get free from the capitol. As we can see, the bird is flying on an arrow- Katniss is going to be free by fighting :)

Not the answer you're looking for? Browse other questions tagged the-hunger-games symbols or ask your own question.