Are there any instances of librarians becoming dreadnoughts?

So yeah, are there any space marine librarians who have been interred as dreadnoughts? I figured they'd be pretty much unstoppable in combat

They do exist, but I don't think any are ever mentioned in fluff...

They are unique to the Blood Angels Chapter :

Librarian Dreadnoughts differ from standard Imperial Dreadnoughts in that their occupants are Astartes Librarians that have been crippled in combat. Librarians are the psykers of the Adeptus Astartes who survive a Chapter's rigorous screening and training process and learn to bend the powers of the Warp to their will for the benefit of their fellow Battle-Brothers and in service to the Imperium and the Emperor of Mankind. These Dreadnoughts are perhaps the most fearsome of all the Dreadnought variants, as they combine the Librarian's psychic might with the unyielding cybernetic body of a Dreadnought. Librarian Dreadnoughts have the ability to call upon the same psyker powers that they and many of their Astartes Librarians would call upon during combat. 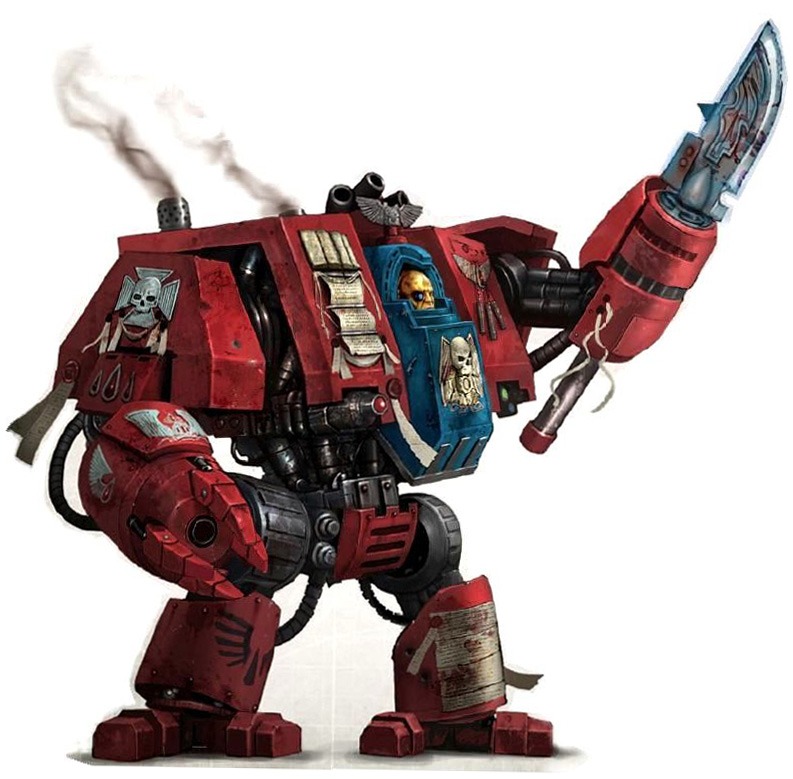 Grey Knights. They all are Psykers and they have Dreadnoughts. 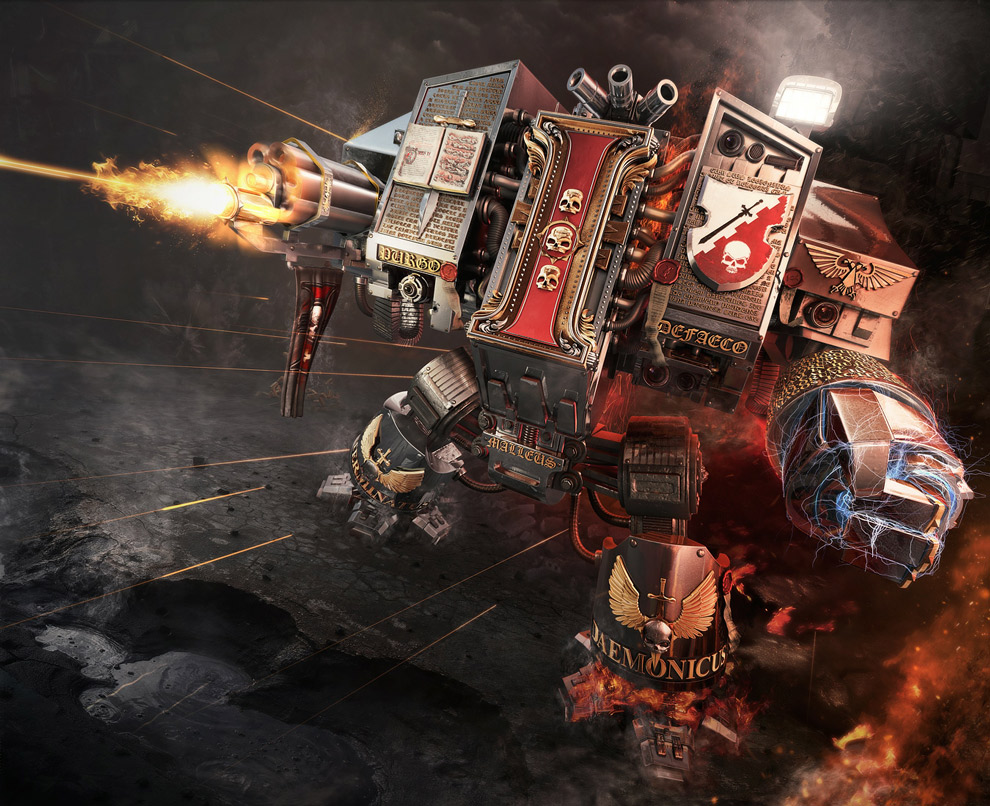 While a Dreadnought is a fearsome opponent to face on the battlefield, the Grey Knights Dreadnought can provide more than just fire support to his Battle-Brothers, he is also able to aid them with enhanced psychic defences. This is possible as a result of the psyber-circuitry that is incorporated into the Dreadnought's sarcophagus and which can link its own Aegis field to the psychic defences deployed by nearby Grey Knights Battle-Brothers, thus creating a series of reinforced psychic wards that is much stronger than what individual Grey Knights can project on their own.

Also, Heimdall Wyrdstorm of the Space Wolves became a Dreadnought:

Heimdall Wyrdstorm was once a Rune Priest in the Space Wolves Chapter, before his injuries in battle had him interred within a Dreadnought.

The Osiron Pattern Contemptor Dreadnought, or simply the Osiron Dreadnought, was a variant of the ancient Contemptor Pattern Dreadnought used by the Thousand Sons Legion during the Great Crusade and Horus Heresy that allowed an Astartes psyker to continue to use his powers after being transformed into a cybernetic behemoth.

22
In Warhammer 40000 are normal humans enhanced in any way?
8
Are there any instances of Blanks serving as Space Marines?
4
What specific measures, if any, are taken to prevent a Space Marine from going AWOL?
3
Are there other characters enhanced in the same way as Hector Rex in Warhammer 40K?
11
WH40k: How do secret or obscure chapters (i.e. Grey Knights, Charcarodons) get techmarines?
2
Can each Space Marine only produce Gene-seed for a maximum of two others
4
Why are Dreadnoughts forgetting who they were?
1
Are there Legion of the Damned Primaris Marines?
2
Are there any instances of space marines getting a prolonged life?
5
Are there any Space Marines who deserted?